The Hero’s Journey: How War for the Planet of the Apes Gets it Right 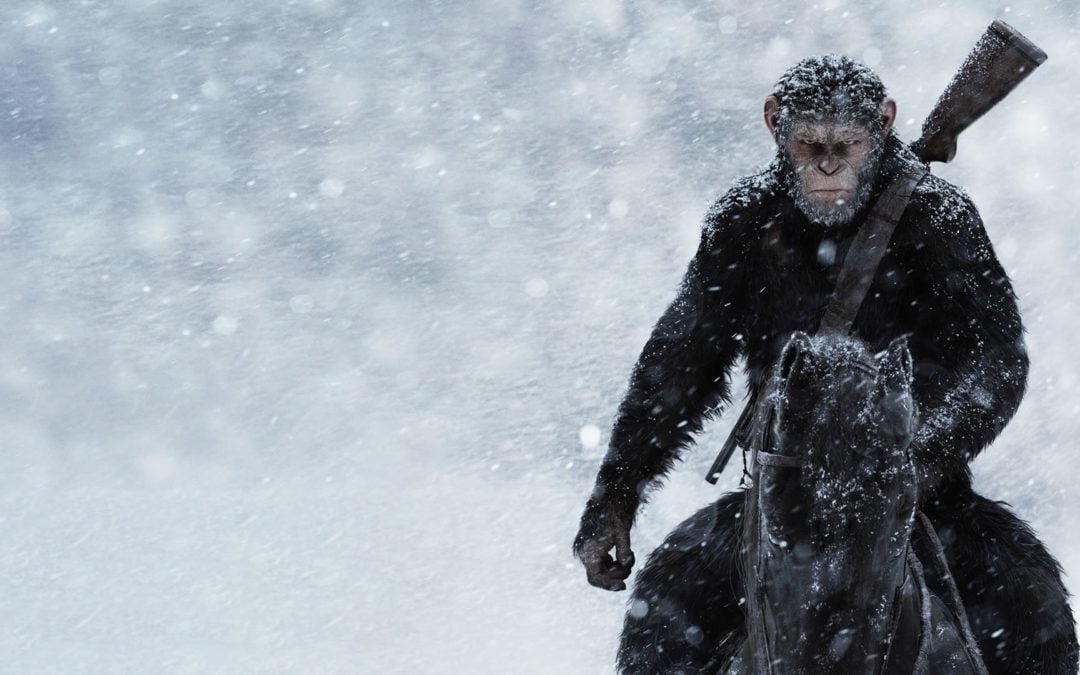 The third installment of the Planet of the Apes reboot brings the trilogy to a dramatic close and comes as a beacon of light for the future of Hollywood’s studio output. After a slew of mishandled and poorly received attempts at reboots  — Power Rangers and King Arthur to name a few — it feels as though War for the Planet of the Apes finally gets it right.

The film is ambitious, powerful and at times over-reaching. But for screenwriters, it exhibits the proper way to anchor the narrative pertaining to character development. Without sacrificing immense action sequences and the use of state of the art motion capture technology, Planet of the Apes succeeds where other studio films fail in one major way: focusing on the hero’s journey.

Two years after the events of Dawn of the Planet of the Apes and fifteen years after the cataclysmic events of Rise of the Planet of the Apes, War throws us into the thick of a war to end all wars between the desperate humans and hyper-intelligent apes. Over this timespan, Caesar, the film’s protagonist played by Andy Serkis, has grown from lab ape to war hero. Through Caesar’s point of view, the film tackles realities of war, adulthood and most importantly, confronting our inner most fears.

If balance is a law that can’t be broken, War is a lesson in the art of balancing character and plot. The film focuses on external forces that illuminate Caesar complex character arc. Director and co-writer, Matt Reeves, also handles the film’s sequences with a close intimacy. Tight frames bring us closer to the personality of apes.  Tracking shots take us through scenes of war to create unrest within the viewer. These visuals are topped off with a heart-stopping sound design that sucks audiences into Caesar’s journey.

Build empathy within all Characters.

What ultimately makes War so engaging is how the line between hero and villain is often muddled in the face of character point of view. One minute we may be rooting for Caesar to defeat the film’s central antagonist, The Colonel played by Woody Harrelson. The next we are sympathizing with The Colonel while questioning the judgment of Caesar himself.

The question of Caesar’s judgment stems from his ever-changing character, as his desires and needs change throughout the film. In the first act, Caesar’s main goal is to protect his family and race. The second displays Caesar’s desire to exact revenge on The Colonel. The third focuses on his innermost fear: becoming a purposeless, hate driven leader. Only when Caesar confronts his inner demons is he able to face external conflicts that threaten his race. It is a character arc that is truly dependent on change; Caesar is different coming out than he is going in.

Make your Hero’s Journey both internal and external.

War for the Planet of the Apes never relents in its incessant need to drive the thematic points home, but it works because they are reflected so well through Caesar. Caesar’s arc, like all complex protagonists’, is dependent on two very distinct journeys: internal and external.

It’s important to remember a central protagonist can only go so far in the external journey because of internal conflict. When creating a character, it’s essential to ask yourself, how will my character’s external journey change what is happening on the inside of them?