5 Top Reasons It’s Hard To Write A Screenplay (And How It Gets Better….) 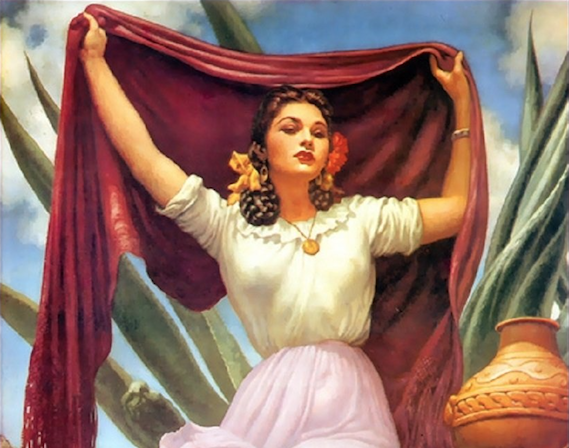 While I’m thinking about the script in front of me, staring me in the face, casting its shadow across my every day, I know full well why it might be difficult to write a great screenplay. What are the common reasons it’s so challenging? Why can’t we seem to cross that last stretch and finally complete a script that changes everything for us?

Here are five reasons why:

You started your script on fire, telling everyone about your crazy new idea, blowing yourself away with how many pages you wrote so quickly, enjoying every new line and moment, convinced this script is superior to anything you’ve ever written. But suddenly, one day, you’re bored as hell. You’ve run into a wall with all the problems the script has, you’ve gotten a ton of conflicting notes on what to address and you don’t want to work on it any more. Honestly, you’re sick of it. The characters and the story, even the scenes that work so well and everyone loves—–those scenes do nothing for you now.  It’s official—-the work of writing your script has lost all excitement and you’re bored out of your mind. Time to move on?

Absolutely not. Boredom is a sign you’ve done a whole ton of work and you need to keep going. If you’re not bored yet, then you haven’t worked on your script nearly enough.

You got your outline ready and completed and you’ve figured out your ending before you’ve even written a word. You’ve nailed your beat sheet, the one everyone uses. You’ve written character sketches. The theme of your screenplay. The genre. You’ve picked a title and you’ve changed the title and you’ve gotten a better title. You’ve worked very hard on a logline, because you’re told it’s good to have one before you write. Now you’ve started writing and it’s become annoyingly difficult to follow what you designed. You’re completely veering away from what you intended. Or maybe you’re following your plans to the letter, but it feels wrong, even though you’re writing everything you told yourself you would write. In short, you planned your story the right way, but the screenplay isn’t right at all. What happened?

Well, it’s not called screenplanning. Beat sheets and outlines should not be used to prevent extra work or keep you from “wasting time.” If your screenplay doesn’t read as cool as you projected, adopt a pro attitude and keep writing. Writing will solve your screenplay problem if you let writing drive the car.

No matter where you might be able to find time to write, there’s a reason why that time simply doesn’t exist. Maybe you have all the time in the world. All day. All week. All weekend. You have too much time to write. In short, time makes it very hard to write a screenplay and often makes a screenplay never happen.

Yet when it comes to time, you have all the time you need to be a professional screenwriter, if you write today. Writing today leads to everything you’ve always wanted. Writers have forever if they write before tomorrow.

Your screenplay has problems. People don’t understand it. They don’t like the characters and think the story isn’t logical. And you might even agree. You know when you’re writing the screenplay, you’re not making sense. You’re writing whatever pops in your head, because you want to finish. You’re making an implausible choice for your story because you can’t think of something better. You’ll go back and fix it later. You want the process of writing a screenplay to be over. You want to write a great screenplay now. You want to hurry up and write an amazing script that will take you to the next level. You can’t wait for better ideas, better choices, a better screenplay, let alone the very best you’re capable of. You want it to end soon.

The quickest way to a professional career writing for television and film is to take a long time on your script. That’s the shortcut. Writers who do fewer rewrites always start their careers over, even if they are on their 10th script. Have patience with your script and you’ll meet your dreams very soon.

You thought it would be fun to write a screenplay. You have a dream and now you’re doing it, it’s actually happening and it’s clearly more fulfilling than anything else you do. But storytelling is not toes in the sand. You find moments of conflict difficult to write, because conflict makes you squirm. You struggle with telling the truth about how your characters feel, because you have to actually experience emotions that you might not want to feel today. Delivering authentic human emotion per the truth of the tale you author is not easy, in fact, most writers can not be this personal or vulnerable. Yet the screenplay needs the truth, and the truth hurts.

If you wanted to know what professional writers do, this is it: they play with the pain. The labor of writing is not typing a bunch of words, it’s relaying emotion to an audience, and this is not easy work. The job of the screenwriter is to share precisely the act of living through challenges. Define the rigors of what this is for you, accept the job requirements, and deliver like a farmer.

You might have noticed that what makes it hard to write a screenplay isn’t the elements of the story, like structure, dialogue, character or plot. It isn’t about finding representation, or financing, or actors. It’s about you. But there are ways to meet these challenges, and with each one, a new opportunity to know ourselves as artists and write a remarkable script.

Good luck with your stories!