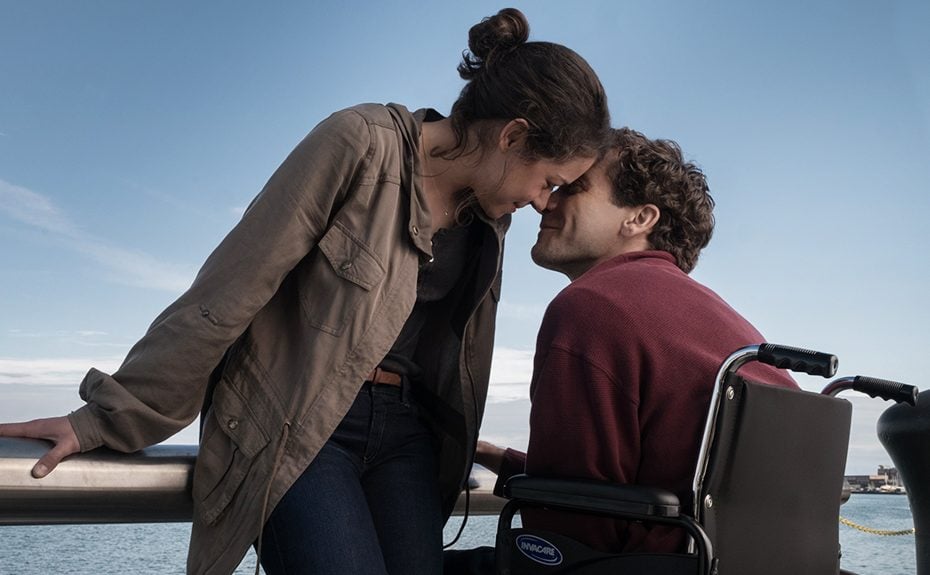 Is biopic a genre?

A question debated by film critics and historians alike. The boundaries are certainly more blurred than that of an action or thriller, but nonetheless, audiences approach a biopic with a set of expectations that must be met by the screenwriter.

We expect a biopic to offer insights.

Take us into the experience of a real person, sometimes well-known, sometimes not. We also expect a biopic to follow structural conventions — three acts ending in a climax. Beyond this, anything goes. Biopics are about politicians, musicians, artists, scientists, athletes, activists or regular individuals caught in historic events (such as the recent STRONGER about Jeff Bauman, who lost both of his legs in the Boston Marathon bombing). Most are period pieces that illuminate a specific time as well as a character. Some biopics attempt to compress a whole life into a two-hour narrative. Others put a single, crucial event or sequence of events under the lens. Some are serious, even reverential about their subjects (bordering on hagiography) while others are deeply critical or deliberately flippant (like the upcoming I, TONYA).

Writing a biopic is no easy task.

Lots of research is involved, there can be tricky legal issues to navigate, and trying to capture the essence of a real person — particularly inventing dialogue for them — is much more difficult than molding a fictional character from scratch. However, since first becoming popular in the 1930s, biopics are regarded as prestige pictures and have been showered with more Academy Awards than any other type of movie. They present a career-best opportunity for actors to inhabit the actions and speeches of a Great Man or Great Woman and pick up armfuls of gold in the process.

Biopics have been highly decorated through history.

Since 2004 ‘Best Actor’ has been handed out predominantly to portrayals of historical figures: RAY, CAPOTE, LAST KING OF SCOTLAND, MILK, THE KING’S SPEECH, LINCOLN, DALLAS BUYERS CLUB, THE THEORY OF EVERYTHING and THE REVENANT. Over the same period, Best Actress went to WALK THE LINE, THE QUEEN, LA VIE EN ROSE, THE BLIND SIDE and THE IRON LADY, while many more biopic leads were nominated, with three last year alone (JACKIE, LOVING, and FLORENCE FOSTER JENKINS). Perhaps this is why, despite the challenges, so many screenwriters attempt a spec biopic.

Unfortunately, too many of these screenplays miss the mark. They’re downright boring, plodding dully alongside the protagonist as they march from birth to death. They groan with clichés about plucky kids who make good. They lay out their subjects’ lives as a predictable series of achievements, and pay only lip service to (or ignore altogether) the cruelty and disappointment of the struggle or the dark side of success. The writer gets lost inside the sheer volume of their research and tries to cram all the intriguing tidbits in, losing sight of the overall pacing. They fail to highlight what might appeal to a general audience about their subject and instead get bogged down in chronological details and insider jargon. Biopics about sporting heroes are particularly guilty of this, assuming lengthy play-by-play accounts of important games, races or matches are an acceptable substitute for plot or character development. They’re not.

So, how do you write an amazing biopic (and set your cap at a statuette)? There’s no specific genre formula for a biopic, but here are five pointers to get you started.

Everything else depends on this. Have you picked a person who is either already well known or worth revealing? Will a general audience want to spend a couple of hours reliving some of the highs and lows of their life? Is their struggle inspiring, illuminating or thrilling (or, preferably, all three)? Does their overall contribution to humanity build to a single, major achievement or action – in other words, does their story have an Act III?

One of the hazards of writing a fact-based narrative is the concern that someone else might get there first, or decide they have a better right to tell the story than you do. Have you nailed down the legal side, either by buying life rights or optioning a credible biography?

If you’re confident that you’re telling a story within the public domain, have you considered whether it’s yours to tell? Are you a good fit for this project in terms of race, gender, nationality, or sexual orientation? Can you make connections between your own lived experience and your subject’s? Can you tell the story authentically? This is a good way to head off rival projects (along with writing a kickass screenplay). The last thing you want is to identify a great subject only to have them handed to another writer. You should be able to sell your take as unique and definitive.

You’ve nearly ruined your eyesight reading everything you can get your hands on about your subject. It’s time to switch gears. What you reject from your research will be just as important as what you select. Don’t let facts construct your plot-line, rather follow the emotional journey of your subject. Identify formative events, which can be negative as well as positive.

Sometimes we learn more about a character through exploring their doubts and fears than we do from celebrating their triumphs. The upcoming DARKEST HOUR follows Winston Churchill (who lived a long, storied life on the world stage) over the course of just three weeks in May 1940. As the Germans take Belgium and France, trapping the bulk of the British army on the beaches of Dunkirk, Churchill comes under enormous pressure to negotiate for peace. Of course, anyone watching the movie knows how that turned out: the tension comes from seeing this bulldog icon crippled by indecision as he holds the future of Western civilization in his hands. His emotional vulnerabilities are just as important to the story as his barnstorming speeches. They make us care about him as a human being, not just as the legendary British Prime Minister.

Any narrative that hinges on the exploits of a single character runs the risk of superficiality. Bring depth to your biopic by developing the supporting characters as fully as space permits. Who are your subject’s allies? How do they influence the course of action? What can we learn about the protagonist from their reactions? Much of THE DANISH GIRL focuses on Gerda’s reaction to Lili’s transition. What happens when crucial connections go bad? Both STRAIGHT OUTTA COMPTON and LOVE AND MERCY explore group dynamics that make for great music but terrible relationships.

Likewise, who are the declared enemies who throw obstacles in your subject’s path to glory? In order to create the kind of conflict that drives action, enhance the role of a hostile character. THE IMITATION GAME took a lot of controversial liberties with the character of Cdr Alastair Denniston as a way of focusing the general conflicts faced by those working at Bletchley Park. Sometimes the antagonist has the clearest view of the subject, flaws and all — Salieri’s bitter envy offers raw insight into Mozart’s genius in AMADEUS.

Audiences don’t show up at the theater for a history lesson. Viewers want to experience the emotional development of your protagonist. Biopics tend to run long, so your audience has to know what they’re letting themselves in for — and why. Some biopics have a noble purpose. They illuminate the historic sacrifices of those who wanted to change the world (LINCOLN, SELMA). Others probe complexities of the present day (STEVE JOBS, THE SOCIAL NETWORK, MONEYBALL) or tell the story of a beloved cultural figure (SAVING MR. BANKS, MISS POTTER or FINDING NEVERLAND). More allow us to experience the sheer craziness of a time, place and a person (THE WOLF OF WALL STREET). Some satisfy our curiosity about true crime (BLACK MASS, FOXCATCHER). There’s a biopic out there for every taste.

A well-written biopic is a magical thing, blending the emotional intensity of fiction with the poignancy of history. If done right, even a hardened industry reader weep real tears. Send us yours — winning fans at BlueCat could be your first step on the road to widespread recognition.