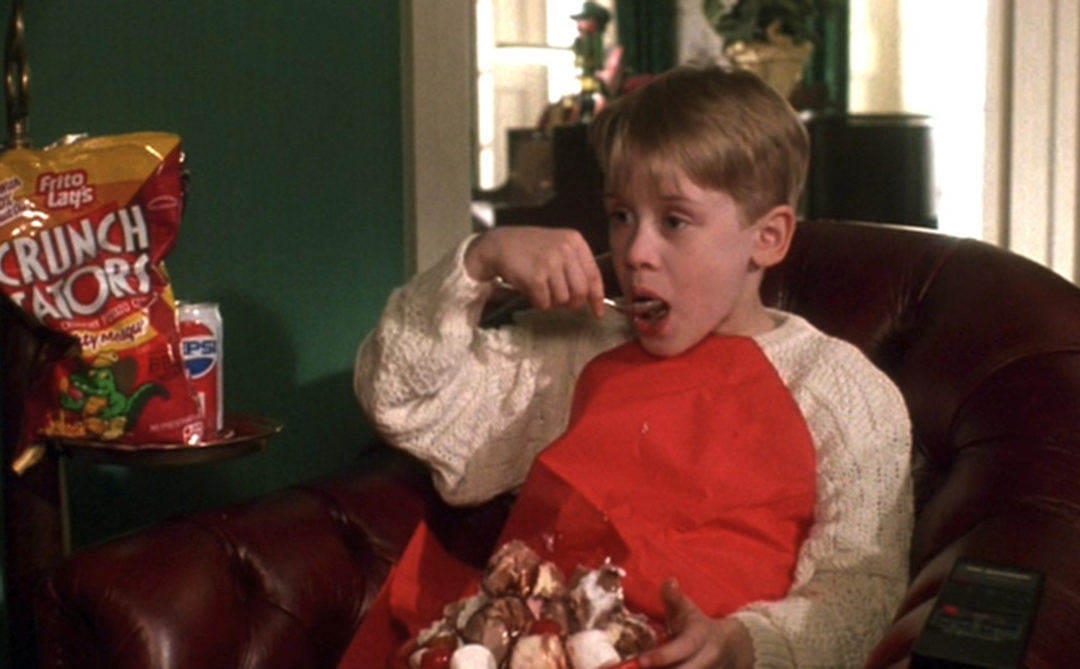 Want to write a kids movie? Here are 5 questions to consider when approaching the genre.

Most of us remember the movies of our childhood with great fondness, especially the ones we couldn’t get enough of, repeat viewing until our parents reached a breaking point. We loved the way the movie led us inside an extraordinary world, taking us on an exciting journey alongside characters we’d come to adore as friends — or loathe as despised enemies. No matter how many times we’d watched before, we derived enormous pleasure from hearing the songs one more time, anticipating the best lines, hiding our eyes at the scary bits or rejoicing in the happy ending. Watch a kid watching a favorite movie and you’ll see how intense the experience is — totally immersed, eyes like saucers, feeling every bump in the road.

For a kid to love a movie this much, it has to be really, really good.

It’s a real shame, therefore, when writers decide to write a kids movie because they think it will somehow be easier than writing for adults. They plow ahead thinking kids won’t mind stereotypical characters and situations. These writers confuse simple with superficial and concoct an insubstantial, illogical plot probably involving a ragged crew of talking animals who are on a vague mission to save the planet (or a swamp or a forest or anything representing the environmental disaster today’s kids are going to inherit). They see no need to craft and redraft or to polish to the same exacting standards as they would with a movie aimed at an adult audience.

These writers are making a huge mistake. Children are the toughest crowd out there and require you to write a screenplay that excels at every level.

“if …[it]… will be too difficult for grown-ups, then you write it for children.” Madeleine L’Engle

If you’re working on a movie aimed at children, that’s great. The movies we love as children shape who we grow to be as adults, so it’s important that there are plenty of well-written and diverse options out there. Not every movie for kids is blockbuster by Disney — there are plenty of smaller-scale indie players that tell appealing low-budget stories that target a younger audience, shorts as well as features. Check out the line-up at a specialist children’s film festival near you to get a feel for current trends.

Here are five quick questions to ask yourself about your screenplay. These are questions you should ask about any script you work on, but if it’s aimed at a young audience it deserves particularly rigorous scrutiny.

1) Does your story take place in a believable world?

Kids watch movies for the same reason as adults: they want to escape their everyday reality. For that escape to be satisfying, the narrative world they enter has to be believable and has to operate according to consistent rules – and, unless there’s a good explanation, the laws of physics. If it’s a version of reality, it has to offer a heightened experience, such as a GOONIES-style adventure. If it’s a fantasy world, there has to be enough that’s familiar about it for the audience to understand how it all works, whether it’s Hogwarts or an undersea kingdom.

It doesn’t have to be a perfect world. Flaws and injustices can make a place seem more real and relatable — while Oz initially seems like a wonderland compared to Kansas, Dorothy soon picks up on the dark side. Disney and Pixar spend up to a year researching and developing their animated worlds for a very good reason. If you can no longer see the wood for the trees in your narrative, get some feedback from fresh eyes primed to point out the exact pages in your script where they think your world is creaky or implausible.

2) Does your protagonist appeal to your target audience?

Kids, like adults, enjoy seeing versions of themselves on screen and are likely to find stories with younger characters more appealing. This doesn’t mean you shouldn’t include adult characters among the lead roles, but it can really help if you organize your storytelling from a younger character’s perspective, and engineer the plot so it’s up to them to ‘save the day’ at the climax without relying on adult intervention. 8-14 seems to be the sweet spot, age-wise. Younger characters may not understand fully what’s going on, while older characters might take too adult a view.

Young doesn’t necessarily mean naive or unskilled — the Baudelaire siblings have a lot more going for them than many of the adults who are tasked with their care. However, your protagonist should still face the same size and age-related issues that create obstacles in all children’s lives, such as not being believed by adults or lacking the physical power to face down monsters. It goes without saying you should think about diversity when picking your protagonist — there are enough movies out there already about white boys named Harry, for instance.

3) Is there conflict in every scene?

While your main character might only be 4’6” tall, that doesn’t mean they’re incapable of triumphing over giant obstacles. Quite the reverse: kids in movies tend to take on far more fearsome antagonists than their adult counterparts — and win. However, conflict should also be happening away from the main villain and their dastardly schemes. There should be friction between your protagonist and their allies — kids fight with their friends all the time and know, probably more than adults, how simultaneously silly and significant disagreements can be.

Your protagonist should engage in an inner struggle — making stupid mistakes and learning hard lessons is a part of growing up. And don’t forget conflict with inexorable forces like the weather and Fate. Kids often feel less in control of their environment than adults, and you can use this to your advantage as you build towards your third act. A thunderstorm at the wrong moment is a tried-and-true way of raising the stakes. Don’t be afraid to make your audience afraid — think THE BOXTROLLS or CORALINE — it all adds to their engagement with the characters and story.

4) Is there clarity on every level?

If you’re writing for adults you can get away with murky plotting and ambiguous endings. If you’re writing for kids the emphasis is on simple and direct storytelling. This doesn’t mean the path can’t get complicated — far from it! – but it’s vital that your young audience always knows what your protagonist’s main goal is and what direction they need to go in to achieve it. It also really helps if the goal isn’t a selfish one.

When Charlie walks through the doors of Willy Wonka’s Chocolate Factory all kinds of weird and distracting stuff starts happening, but it’s clear that Charlie has to win Wonka’s favor — and in doing so, help his family out of poverty. Merida in BRAVE starts out with a selfish goal — she doesn’t want to marry a prince — but that leads her in the wrong direction, to the witch’s cottage and the curse on her mother. She has to change direction if she wants to save her family, but her way forward is always clear — and, after she has defeated the curse, the clans agree that she can marry the person of her own choosing.

5) Is it fresh and original?

In theory, every spec screenplay should be fresh and original, showcasing the writer’s unique voice. In practice, it’s all too easy to become trapped in genre conventions, demonstrating your storytelling competence, but failing to exhibit any spark of creative genius. Writing a movie for children might help you bust out of the rut. You can tap into almost any genre — action, horror, romance, comedy, historical — to tell a good family-oriented story, so there’s no excuse to limit yourself to tired or repetitive tropes. Children’s imaginations far surpass those of adults, so there are no limits there either. The only limit is the amount of stardust you can capture on each page.