Why Game of Thrones Helps Writers 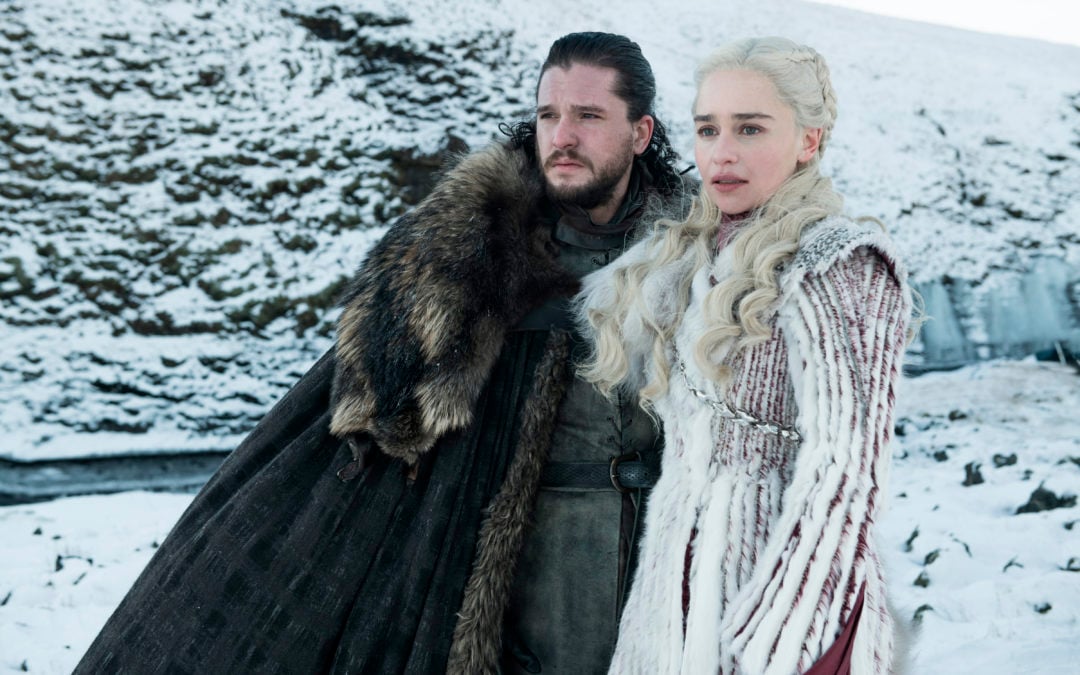 Watching great television shows and movies helps writers learn how to write an emotionally engaging story. The emotional impact of Game of Thrones on its audience made it the most popular show in the history of HBO.

You might be well aware of the disappointment the audience experienced watching the final season. What happened? What is the “bad writing” everyone is talking about? More importantly, how can understanding why the audience had a different emotional response to the end of the story help us as writers?

I Love My Queen

When a character says that they love another character, but we have not seen the scenes containing the moments to support this, we will not believe the characters’ relationship. We will detach from the story. We will pull ourselves out and not identify with the character’s experience. People understand that relationships develop at a certain pace in real life and when they don’t see that honestly reflected in a story, they don’t identify. People earn intimate relationships with others through shared experiences and overcoming differences. Story characters who fall in love quickly and without conflict do not emotionally resonate with audiences. We lose interest in the story because the feelings are not believed. Whatever the characters do in support of the false relationship also falls flat.

Earn the relationships between your characters and your audience will run through a wall for them.

What Happened to the Horse?

Successful stories are believable stories. When an audience sees the logic of the reality in which they live in reflected in the story, they connect to the events of the narrative. When they don’t believe a story, or find conspicuous coincidences, they feel lied to. Audiences recognize when a conflict in a story is being resolved by illogical events. Plot holes affect the viewer’s ability to experience the truth of the character’s moment. When we write something the audience doesn’t accept as truthful, they detach emotionally from the story in a devastating way.

Ask yourself if you buy the logic of your story choices. A writer who cannot be honest with themselves about these shortcuts will not find a large audience.

Writers often struggle with how to make their story come to an end. How do the conflicts in the plot resolve? Many times, writers will change the nature of the character to force a resolution to the story. Audiences recognize abrupt changes in characters they have become emotionally invested in and won’t believe the actions of the characters. If an audience becomes confused about the core values of a character after watching 50 hours of that character, the audience rejects the story as implausible. Plots do not decide character——it’s the other way around.

Set up your characters and let them tell you what the story will be and how it will resolve.

Face to face resolutions between characters are what the audience expects and deserves.

The issues in Game of Thrones boil down to patience. When writers don’t afford themselves the time to tell a story in its proper way, the problems we’ve discussed in this blog become the solutions. The only way to write truthfully is to honor the labor it requires to be honest with the audience watching your work.

Have the patience to solve the problems of your story or they will haunt you forever.