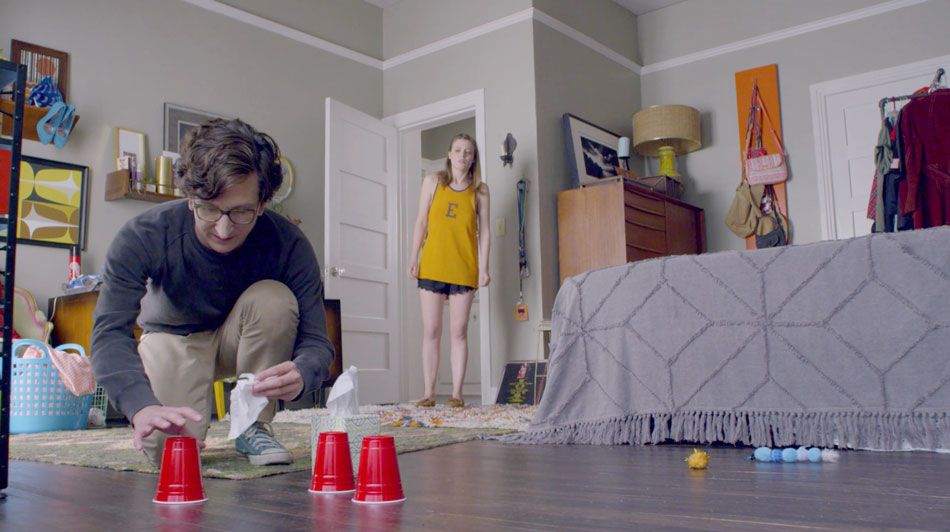 How often do we hear, “There’s nothing new under the sun” or “Hollywood is just plain out of new ideas”? And yet, how often do we find ourselves, as movie-goers (more specifically, writers that happen to be movie-goers), pleasantly surprised when the movie we’ve just experienced felt “different,” thoroughly entertained us, and was actually good? How does this paradox exist and could the answer contain one of the reasons why we find ourselves currently obsessed with television shows like The Crown, Insecure, Game Of Thrones, or my personal favorite (one that I cannot believe has just ended!) Netflix’s Love?

Let’s Take a Look at Your Screenplay Idea, Shall We?

Story is happening all around us, all the time. From recent headlines to the relationship you have with your cat, there’s definitely a story there. But, what made you decide your story idea should be told as a screenplay? Could it not have been a poem? A piece of fiction? A stage play or graphic novel?

We must remind ourselves that decision-making is a very important facet in our relationship to writing. From the moment an idea is conceived—even from the simplest decision as to what medium best suits your project—you’ve already started narrowing the scope of your artistic vision. And even though decisions like these aren’t innate, we feel they are. My story has to be like this. It is important that we, as writers, stop and question how we’re telling the story and why we’re crafting our narrative the way we are starting from the very beginning—the idea.

So, once again: how did you decide this idea would be a screenplay?

The story is about [blank]… so, in a way, if I really think about it, it’s kind of like [insert movie title here], but of course, totally different… and therefore, it should be a screenplay.

This may or may not be how you decided that your idea should be a screenplay, but the point is this: prior to even having explored the project in its entirety—scene by scene, beat by beat—you’ve approached it based on your experience of what a movie project should be like. And therefore, you’ve once again narrowed your scope: you’ve decided to try to squeeze it into something that pre-exists, into a mold that’s already been devised and tried, and unknowingly, are already imagining the ways in which it can hit those familiar story points.

But, what happens if we take your idea and stretch it out?

One Formula for Another

I hate formulas. I really do. But, I find them useful in knowing what’s expected, where to be clever, and what I can get away with. (If I find myself checking my writing against hitting the benchmarks of what should be done and when it should occur, then I know I have a much, much bigger problem.) But, what I like about this formula I’ve devised is that it’s really just a visual representation of what I’m trying to explain to you.

So, here it is. I call it, The Equation of Narrative Elements:

Keeping in mind your story idea, try to see how much of this equation of narrative elements you can fill out. For this exercise, we’re going to start with the most obvious direction you can take your story in—the one that comes to you almost instinctively—and push out from there.

Narrative Archetype. According to Blake Snyder, author of the Save the Cat! screenwriting books, there are ten narrative archetypes: Monster in the House, Out of the Bottle, Whydunit, Golden Fleece, Rites of Passage, Institutionalized, Buddy Love, Superhero, Dude with a Problem, and The Fool Triumphant. According to Christopher Booker, author of The Seven Basic Plots, there are, well, seven: Rags to Riches, Overcoming the Monster, The Quest, Comedy, Tragedy, Voyage and Return, and Rebirth. Often, these archetypes coincide with a film genre. For example, “Monster in the House” or “Overcoming the Monster” could fall into the Horror or Sci-Fi genre. Fit your idea to a narrative archetype and explain to yourself why it best fits that narrative archetype.

Specificity. This is KEY. This is the reason why we’re all so obsessed right now with television shows: it is because we are being very specific about the world, personalities, and space we need to occupy in order to tell this story. We need to tell this story in this way, because… Here, indulge in the details and nuances of the defined time and rules of the world your idea exists in. What elements are part of the “perfect storm” that allows this story to take place? Think about how specific Jane Austen was about the ways in which her characters had to operate in the confides of the world they lived in, and how much we ached as an audience for Elizabeth and Mr. Darcy to ignore all of it and just give into each other! Think about how we, as an audience, are made aware of these “rules,” yet we wait and root for our protagonist to tweak them or fight against them. Jot as much of this down as you can about your story idea (and yes: be specific).

Your Voice. I cannot say this enough, but your voice is going to be one of the most specific elements you can possibly have. Your experiences, your understanding of human nature and how you chose to portray it, and the way in which you dramatize the world of your story idea through your vantage point will all play into what sets your writing apart. This isn’t something that we can necessarily define at this stage of the development process, but trust that it is going to be present and show up in your writing. We will hear you and it will be glorious! For now, I want you just to jot down some personal ideas that you can bring to your story idea. For example, a character you have in mind based on someone you’ve witnessed in your life, a very unique situation or incident, or even a setting you know very well.

So, now that you’ve taken your story idea and tried it against the most obvious narrative type—the one that it most likely best fit into—try it again against a different narrative type. Can you cross two narrative types and still tell a coherent story? What if your character was the same but in a comedic telling of this story? Or, what if we followed a supporting character instead? Or, perhaps, the anti-hero?

Play with these elements, change them up, and examine all the possible incarnations of your story idea. Which one feels the most unique to you? Which one excites you? Were there any discoveries that you made along the way that could possibly fit into your decided telling of your story idea? No matter what, choose the combination of narrative elements that best suits you and your story idea and please, please: don’t play it safe.

Michael Quintana is an award-winning screenwriter and holds an MFA in Creative Writing from San Jose State University. (He’s also a BlueCat Alumni!) He’s been a script reader and scorer for major screenwriting contests, worked on and developed various projects with independent producers, and is the founder of Script Journey, a script and story consultation service that provides writers a space to develop their craft through expert feedback, one-on-one coaching, and intense discussion of their project with the ultimate goal of helping writers discover lifelong skills they can take with them on their next writing endeavor. www.scriptjourney.com