The Dave Bullis Podcast: Gordy Hoffman Explains How to Receive Feedback on Your Script 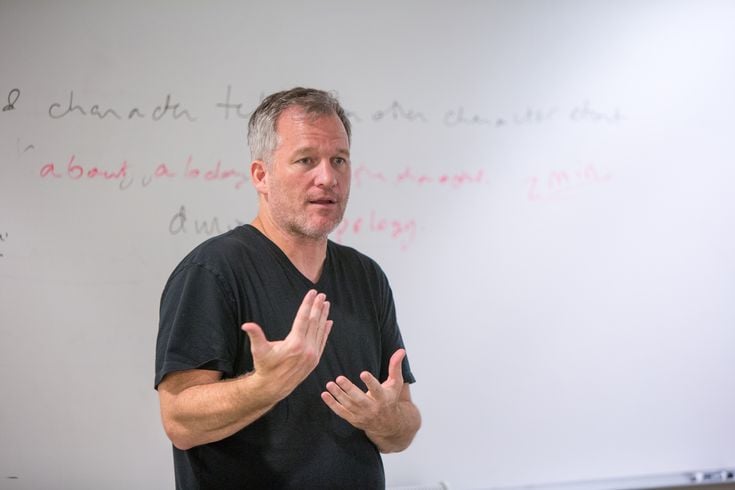 In this episode of The Dave Bullis Podcast, Gordy Hoffman, Founder and Judge of BlueCat, elaborates on what it is like to be an educator in the screenwriting world. Gordy, who has taught screenwriting classes at USC & UCLA, in addition to offering his own courses, talks about the delicate task of how to receive feedback on your script.

Gordy says that step one is separate yourself from your script. Too often, writers become so emotionally invested in their story that they lose sight of the fact notes are meant to be helpful for improving your craft. They are not a moral indictment of your personal character. If a reader does not like your script, the feedback is about how your script is written, not about you.

Gordy suggests comparing the act of receiving feedback on your script to audience reactions after viewing a film. Invariably, people will have different reactions, and they will offer differing solutions for improvement. With notes pointing in so many directions, it can feel overwhelming and give you the impression that notes are not a helpful tool.

To combat these negative thoughts, Gordy advises to take all feedback seriously and consider it from that person’s perspective. Even if you initially do not agree with the note, can you understand what exactly is happening in your screenplay to make the person offer this note? If not, you may not be creating enough distance from yourself and your work.

When it comes to feedback if you’re worried about which information to prioritize, Gordy recommends giving more weight to concerns about emotional investment in characters than to script mechanics. Formulaic script writing is not going to work for every story. Your story may need more or less time to establish its characters and relationships, so do not be disheartened if you are not meeting strict page requirements. Gordy says to look at a film like Phantom Thread, which he believes is far beyond a traditional narrative structure, but maintains its emotional resonance, as proof there can be successful films made outside the formula.

In addition to feedback and screenwriting craft, Gordy and Dave discuss Paul Thomas Anderson’s place in American Cinema, the state of the spec script market, the origin story of the Love Liza screenplay, and how to run a successful Kickstarter campaign.

Click here to listen to the entire podcast. Special thanks to Dave Bullis for having Gordy on The Dave Bullis podcast!