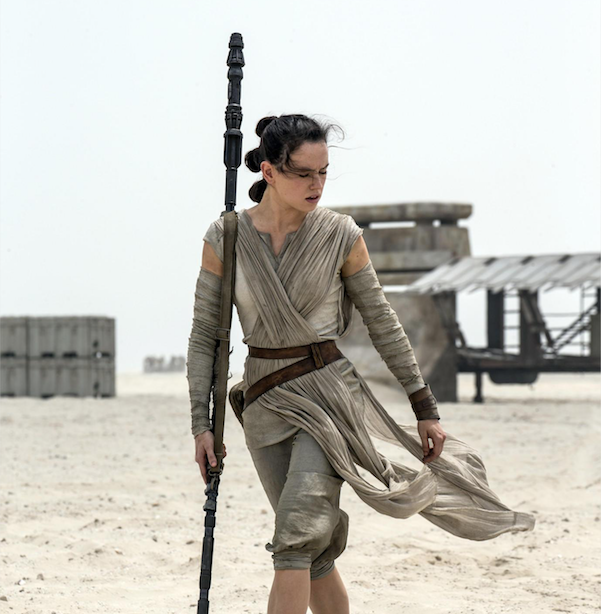 If you’ve ever taken a screenwriting class or read a book on the craft, you’re probably familiar with the adage “show, don’t tell”. We know it’s better to display information than to simply explain it. This can be a surprisingly challenging concept to understand.  Start by thinking about it like this, you’re simulating the visual medium instead of simply working in it.

There is no point in the script where the “show, don’t tell” rule is more important than in protagonist’s introduction. It’s where we first meet our hero. It’s vital to establish an emotional connection between characters and audience before they share an adventure. So, let’s explore a movie that displays a flawless execution of visual exposition.

In Star Wars the Force Awakens,

we’re introduced to Rey in a four-minute sequence. We understand everything we need to know about Rey without her saying a word.

So, what are these visual beats and what do they teach us?

“Show, don’t tell” is important throughout a script, but it’s vital in establishing a protagonist and engaging the audience with their emotional journey. What are some of your favorite examples of this rule? Pertaining to act 1? How important do you think visual storytelling is to establish an emotional connection between your characters and the audience? Share your thoughts below!

[A production coordinator working in Indie Horror, Rob Clarke is a screenwriter and reader determined to help other writers improve their work. You can listen to him every week on his podcast, the Upside Fans, where he dissects Fandom and Pop Culture from a positive point of view.] @JurassiClarke