Reader Tip: How to Use Music in Your Script 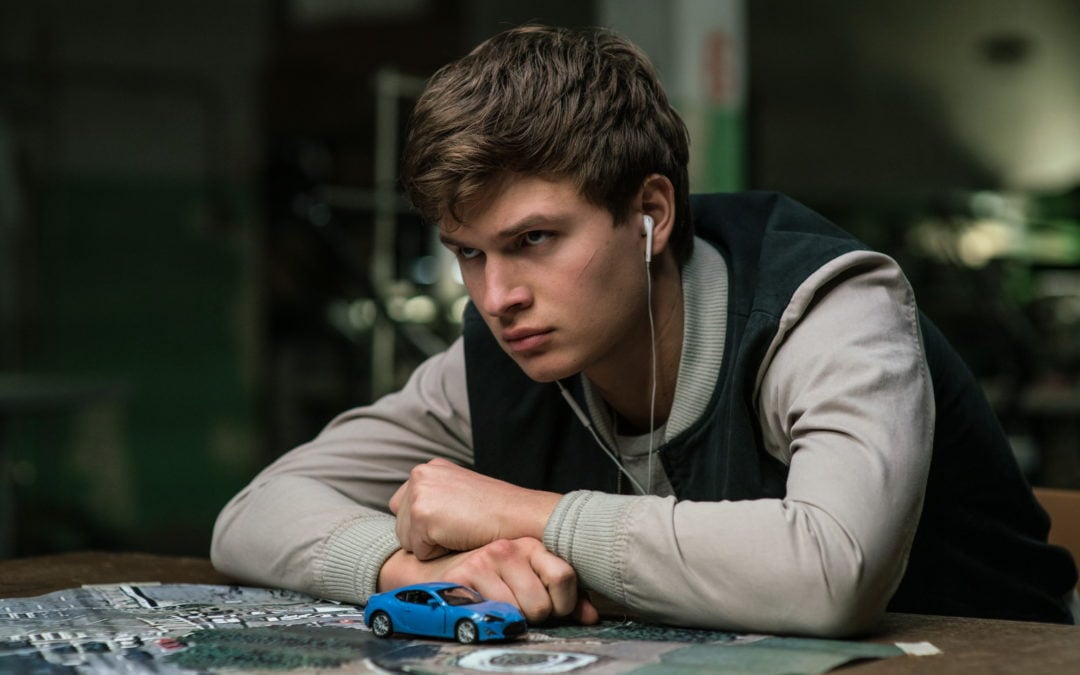 Baby Driver is a non-stop thrill ride full of high-octane chase scenes expertly choreographed to a fast-paced soundtrack, and it comes highly recommended. For screenwriters, Baby Driver displays use music not only as a way to convey the tone/feel of the script but also as a necessary way to move the narrative forward.

Baby Driver is the story about a young and troubled, but extremely talented, getaway driver, Baby, who works for a criminal master-mind, Doc, played by Kevin Spacey. After losing his parents and developing a severe case of tinnitus in an auto-accident, Baby continually listens to music as a way to drown out the incessant humming in his ear. On a deeper level, one can infer that Baby uses music as a barrier between him and the outside world. Music is a way to keep the negative out and let the positive in.

Baby often carries himself as if he were in a music video. Like many of us do on a regular basis,  Baby uses music as the soundtrack to his life.The difference is Baby’s occupation puts him and those around him in harm’s way. The violence that Baby is a part of can only be drowned out to a certain extent. We see how far he can go before the life of crime catches up with him.

Relationship between Music and Flow

In February, writer-director Edgar Wright posted the opening pages of the Baby Driver script to his Instagram account. On it was two quotes: “You are the music while the music lasts,” and “I was born one dark gray morn, with music coming in my ears…,” by T.S. Elliot and Paul Simon, respectively. These are followed up with a note from Wright reading, “Every scene in this film is driven by music.”

If you’ve seen or read anything about the film, it’s safe to say Wright delivers on his promise. Screenwriters must take note of the influence music has on each scene. In Baby Driver, music doesn’t just move the narrative forward; it’s the driving force behind the titular character’s motivation. Beyond that, the music in the film often serves as a commentary on the action; a supplementation of dialogue in a way that is reminiscent of early Scorsese films or even the chorus in Aristophanes’ The Clouds.

Wright’s film is a lesson in maintaining a clear point of view throughout the narrative. Baby is our protagonist, and therefore we see the world through Baby’s eyes, or, hear it through his ears. As screenwriters, we know character is the determination of incident and incident illuminates character. In Baby Driver, there are numerous moments when the action comes to a halt because Baby can’t find the right song to listen to, which puts him in risk of grave danger. Baby, therefore, influences the action. With this, his deepest character flaws become apparent — flaws he must learn to overcome throughout the narrative.

As a script reader, I’ve seen many writers specify what song is playing during a scene — some even go as far as to include links to songs in the actual script. This dictation is unnecessary and a detriment to the script in many ways. Unless the script is a musical biopic detailing the creation of a significant album or piece of music — think Love & Mercy or Amadeus — it is in no way imperative to the narrative’s advancement to list the specific track that is playing.

As amateur writer, the chances of you determining what tracks will be playing throughout the film’s final cut are nonexistent. Additionally, you run the risk of taking the reader out of the action. There could also be a legality issue when using some songs while others can be particularly expensive. If something is absolutely imperative to the tone/feel of your world, write in the broadest terms possible — a classic rock song in the vein of Queen blasts through the pool hall speakers —everyone knows how Queen sounds and you manage to convey the feel of the song without dictating what song is playing.