How long does it really take to write a screenplay? 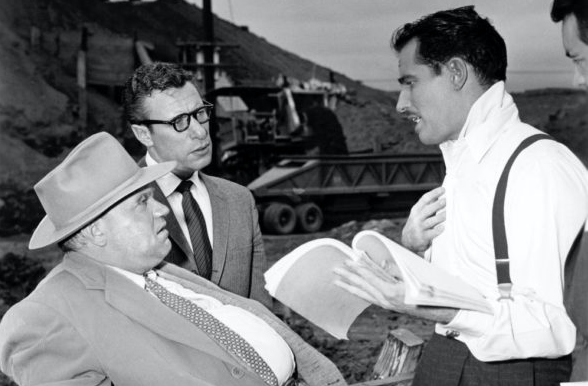 Writing a script is so hard. Our most important concern is when the difficulty will end! Who likes to suffer? No one does. Yet if you’re stuck with the virus in your soul that continues to imagine stories, congratulations, you belong to an ancient line of tortured spirits. So you have no choice. You must write a script. And when that script is completed can be really quite the mystery. So how long should a new writer expect to take when starting this ill-fated journey of writing a script?

How long does it take to write a first draft?

Writing a script always includes the first draft. What kind of first draft are you trying to write? Some people want to be perfect and finish the screenplay and be done with it as soon as possible. Can we write fast and write well at the same time? With the first draft, it doesn’t matter, because the first draft is always bad. It might have some greatness in it, but it’s not ever great. So don’t feel patient with the first draft. You can write as fast as you can, ignoring all advice and caution. Have fun.

How long does it take to rewrite a script?

You cannot stop rewriting your script until all of your readers think it’s amazing, so you must continue to rewrite your script as long as your script still has problems. If you’re trying to talk yourself into the idea that your script would not benefit from another revision, your script is not done and you will find yourself at this very crossroads in every script you will ever write, until you choose revision. Rewriting requires the patience of a person on the battlefield, fighting for their lives. Rewriting is for grown ups.

When do you know when the script is completed?

You know your script is done when everyone who reads it loves your script. That’s easy to determine. If you continue to get lukewarm reactions, it’s not done. That’s it. If you spend more time arguing with yourself about this point, it’s definitely not ready and all your dreams will never come true. If you want to reach your goals, embrace reality—-your script isn’t done if people don’t love it.

How do I know when I should give up and start a new script?

If you’re giving up and starting a new script, you will most likely find yourself at the same place you were when you gave up on the previous script. If you’re thinking about giving up on a script because you’re bored or it’s too hard, then you will be stuck forever. Do you know how long forever is? Never give up on your script or you will be banished to writing without meeting your audience. And we write for people. So if you never meet your people, you gave up too soon on yourself and your work.

How long is too long to write a screenplay?

When you’re creating a story that will change the world and you can see progress in your script and in the eyes of the people who read it, you never take too much time. Keep going. Do not listen to anything negative. Listen to all your feedback. Write the classic movie. Fight for your highest angel. If you write something and make a lot of money, the money will not be enough. Writers must hold out for beauty and honesty and eternity. This is the only way and the place where time does not exist. Good luck.