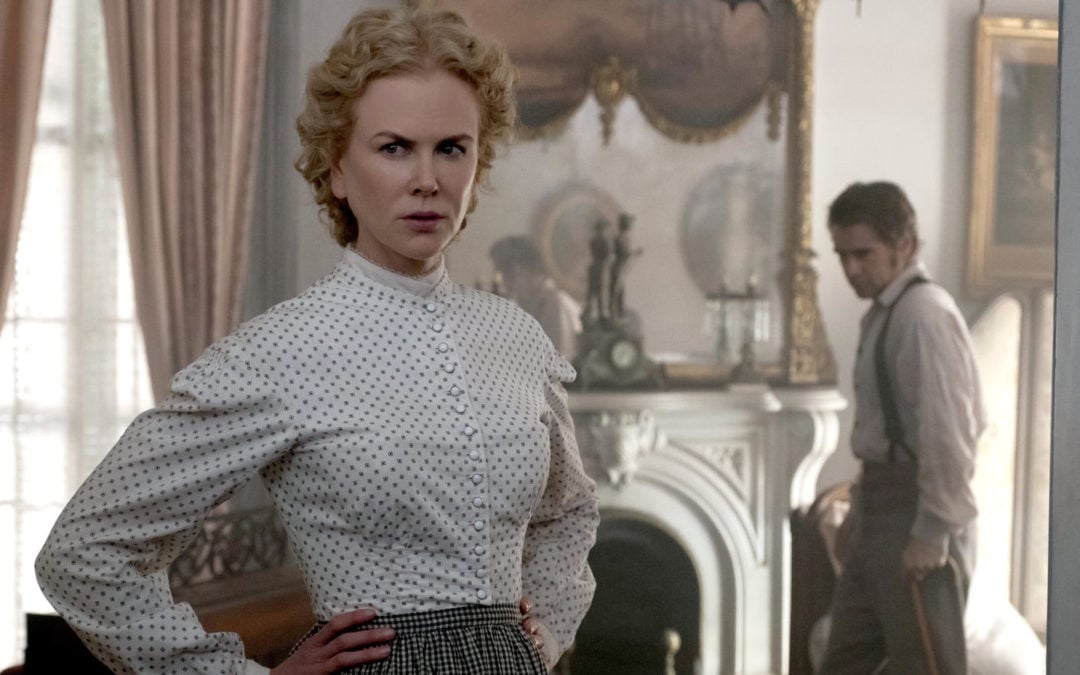 Using Setting as a Vice.

Director Sofia Coppola has long toyed with the notion of binding characters to their environment. From Versailles in Marie Antoinette to the suburbs of Los Angeles in The Bling Ring, her characters have often built sanctuaries to shelter themselves from the real world. The Beguiled offers perfect execution of setting, and how conflict can be introduced by threatening a preexisting ‘ordinary world.’

Set in Virginia during the Civil War, The Beguiled opens with rhythm of artillery bellowing in the near distance. Smoke rises from the battlefield and creeps through a sanctuary of trees surrounding the Farnsworth Seminary For Young Ladies. For the remaining ladies, distance gunfire has been a constant reminder that war is never far. Soon, a product of war will enter their home and cause disruption – or conflict.

Change comes when one of the ladies discovers a wounded Union Soldier by the name of John McBurny (Collin Farrell). The wounded McBurny reluctantly agrees to go back to the Seminary. Upon McBury’s arrival, the ladies see past their reservations and decide to harbor him. When sexual tensions and jealousies start to arise, his disruption to their daily life becomes problematic.

Character traits displayed through response to the Outsider.

McBurny brings a forgotten male presence to the Seminary. For the elder ladies, Martha and Edwina (Kirsten Durnst), McBurny represents yearn for a world without war. Both ladies fight primal desires to embrace him because their circumstances and background forbid doing so. For the other ladies aging young to late teens, McBurny’s presence is something new, disrupting, even exciting. The intruder demands an unique response from each character and this is where the premise of the film lies. The Beguiled takes a historical event and forces it into the background. Instead, the film focuses on how far a group of women can be pushed as they are inextricably bound to the threat of their environment — McBurny’s presence in the Farnsworth Seminary.

In an era where independent filmmaking is a venture anyone can embark on, using one location is a way to save on production costs. So try and utilize your setting to reinforce character, plot and structure. In The Beguiled, the Farnsworth Seminary serves as a representation of the characters’ ideals, but also functions as a space that forces these characters’ to reveal innermost conflicts. The film’s genius lies in how the characters vie to preserve the lifestyle threatened by McBurny’s arrival to the Farnsworth Seminary.