King Arthur: The Intersection Between Hollywood and Modern Politics 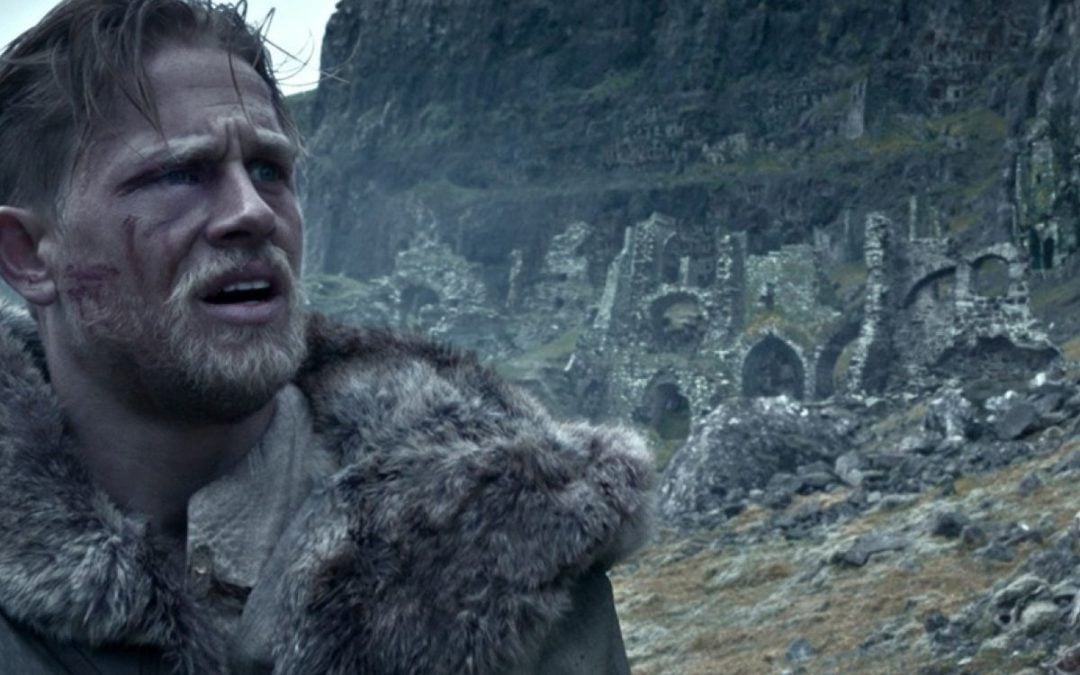 King Arthur: What works, what doesn’t, and what this film says about the time in which it was produced.

By Andrew L. Schwartz
In Hollywood, the 2017 summer season is off to a predictable start. With Warner Bros’. new release, King Arthur: Legend of the Sword, Hollywood has proven its reluctance to break away from the typical mold of creative output that has come to dominate the summer circuit.
With King Arthur, Hollywood once again shows their willingness to take a gamble on a reboot hoping its appeal will resonate with an audience who’s already locked in to the tentpole film’s allure. Upon further examination the film shows exactly what kind of narrative Hollywood believes people are eager to see: themes of power, temptation and redemption dominate this re-imagining of King Arthur. For better or worse, it reveals much about the current state of affairs, both in Hollywood and the world.
The film’s unforgiving, fast-paced first-half does little in the way of character development and much in the way of putting on a spectacle. It does what it sets out to do and for some that may be just fine. To those looking for that momentary escape, I say, enjoy King Arthur for all it’s worth. This dazzling CG spectacle pulls out every stop it can to overload the senses with grabbing visuals, a sound design that resembles a Pink Floyd concert and a hands-on approach from an auteur director to distract the viewer from the obvious: this isn’t your great grandmother’s King Arthur. This is Guy Ritchie’s King Arthur; the story of an orphaned street thug (Charlie Hunnam) turned onto the powers of a mythical sword, called upon by his late father’s rebellious brethren, and supported by his fellow hoodlums to rid his land of the dark, tyrannical evil that oppresses the people.
On a much deeper level, it’s a true underdog story that even the most politically obtuse can draw modern-day parallels from: an outsider disrupting the status quo; an underdog from the city becoming the king of a nation. It’s a film that serves to overwhelm viewers with flashy visuals and the promise of a mythical hero to distract them from the glaringly obvious: at its core, the film is an utter mess. Sound familiar? If it does, it’s because that is exactly what is happening in the current political climate — over the top distractions from the frightening truth.
From the ashes of this muddled narrative rises the age old question: as a ruler, is it better to be feared or loved? Even the tempted King Vortigen (Jude Law) finds himself beholden to this quandary as he irons out the best course of his rule. He learns that balance is a law that cannot be transgressed — maybe people fear what is going on in the world today, but love the idea of escaping that which they have come to expect from turning on the news or clicking at internet headlines by going to the movies. In that sense the film succeeds, but not without it serving as an allegorical reflection on how the powers that be distract people from the truth.
What this film shows us is that becoming a king is entirely different from ruling as a king. It’s not unsurprising, then, that the current president has even stated his own disbelief at the pitfalls of ruling the free world. To be a good king you need the love of your people. In this story, the people are young, lustful and energetic; they yearn for a leader they can root for. That is the version of King Arthur Guy Ritchie depicts, but for all the noble attempts at showing us a hero, instead we got dazzling CG imagery and a plot that falls flat of hitting the emotional impact it is reaching for.