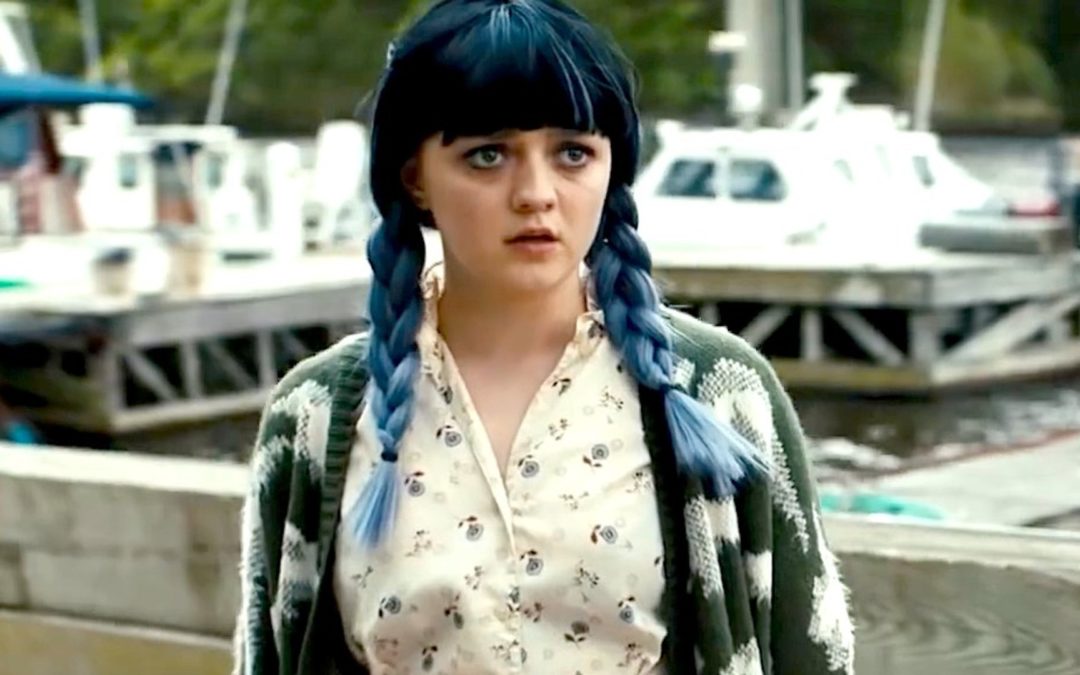 Recently, the script was produced starring Maisie Williams and Aja Butterfield. The movie has a new title — THEN CAME YOU — and is currently streaming on Netflix

We checked in with Fergal to chat about the film and his approach to the craft of screenwriting.

Where did the idea behind the movie come from? Generally, where do your ideas come from and how do you choose which ones to develop?

The movie was inspired in part by TO COURTNEY, WITH LOVE, an immensely moving documentary broadcast on BBC in 2005, and an article I read on Hypochondriasis, and the role Cognitive Behavioural Therapy can play in its treatment.

My ideas come from everywhere – reading, music, art, photography, conversations, my environment. Generating ideas is rarely a problem. Most writers’ notebooks are crammed with them. The hard part is extrapolating them. I’m quite an intuitive writer so I tend to gravitate towards the ones that feel most visceral. There’s an urgency to those, a sense of excitement. It’s like the idea is choosing you. Then I map it out, and once I  have a clear through-line in mind I begin.

You won the BlueCat Fellini Award for an earlier version of the script. How did that recognition and other attention you received help support you and your project?

In Ireland the award garnered a lot of attention, and there was considerable interest in the script at the time. Screen Ireland (formerly the Irish Film Board) had just co-funded a movie with similar themes though, and ultimately decided not to back it. Timing is a funny thing. I won the BlueCat Fellini Award in 2011 and 50/50 and DEATH OF A SUPERHERO – both cancer-related comedic-dramas – came out that year. I’d spoken to Gordy Hoffman after winning the award, and he’d been hugely encouraging about its chances of being made in the US. I decided to submit it to the Academy Nicholl Fellowship in Screenwriting, and it reached the semi-finals in 2013. BCDF Pictures, who produced the movie, optioned the screenplay off the back of that. But winning the Fellini Award certainly gave me the confidence to keep pushing the script, and keep writing. It also served as a great calling card when I first started writing for TV.

Why do you think this script was produced over other scripts you’ve written? Was there something different in how it was developed that helped get the project set up?

Prior to this script I’d been writing material with a view to directing it, and I was writing very much to my own tastes. My favourite filmmakers at the time were Hal Hartley, Alan Rudolph, and Nic Roeg. This was going terribly for me, and so I decided to write a commercial spec script for someone else to direct. So really it was the first time I’d written with the market place in mind, and yet oddly it’s probably the most personal script I’ve written.

When you’re struggling with a script, what is one of your tried and true tactics to break through the story and keep going?

Preparation helps. I don’t write treatments (unless I’m forced to), and while I outline I do so in a very loose way.  I like to know where I’m going but I like to leave room for mystery and discovery too. Basically I’m trying to limit the amount of time I spend staring at the screen. Stories are cause and effect, so if you’re stuck in a scene, you may be writing the wrong scene. Sometimes you just need to step back, and track through the character decisions that brought you to this point. You’d be surprised how quickly the solution reveals itself. And if it doesn’t, take a break, or take a walk, and think it over. Don’t try to force it.

Looking back, what was one of the earliest mistakes you made or misconceptions you held about the process of writing a screenplay and making a movie?

When I first started writing I’d just jump right in. I’d have an image, or an idea for a scene and I’d just start. And invariably I’d hit a wall because I wasn’t telling a story, I was just making stuff up. Of course you can do that, and then go back and figure out what the story is but I tended to just finish one thing and move right on to the next. Once I started rewriting my writing vastly improved.

As for making movies, we all know screenplays are merely a blueprint for the movie but until you’ve been through that process, I don’t think you can really grasp just how true that is. Anything can change, for any reason, and as a writer you have to know your characters, and the world of your story inside out, yet still be flexible enough to change things should the need arise.

Now that you’re a professional writer, how have your goals changed? What are your priorities as a scriptwriter?

You were once an amateur screenwriter. What can you tell other writers about what they might do to finally launch a professional career? What’s something you wish you knew before?

I wish I had a better answer for this one! I never thought of myself as an amateur screenwriter. It was never a hobby for me. Obviously there was a long period in my life when I wasn’t getting paid to write but I always approached it as a job. Every script was a potential paycheque, it just took a long time for those cheques to clear. There is a huge amount of luck involved but it starts with a good script, and that’s something you can control. Put the time in, hone your craft, use your imagination, and tell stories that are both personal to you, and universal in spirit. Be patient, and stubborn, and use any means at your disposal to get your writing out into the world. And then keep writing because if someone likes your script, they’re going to want to read more.

Check out Fergal’s movie THEN CAME YOU on Netflix.

Submit your short film by the Regular Deadline on November 17th.