How to Write Comedy for Action 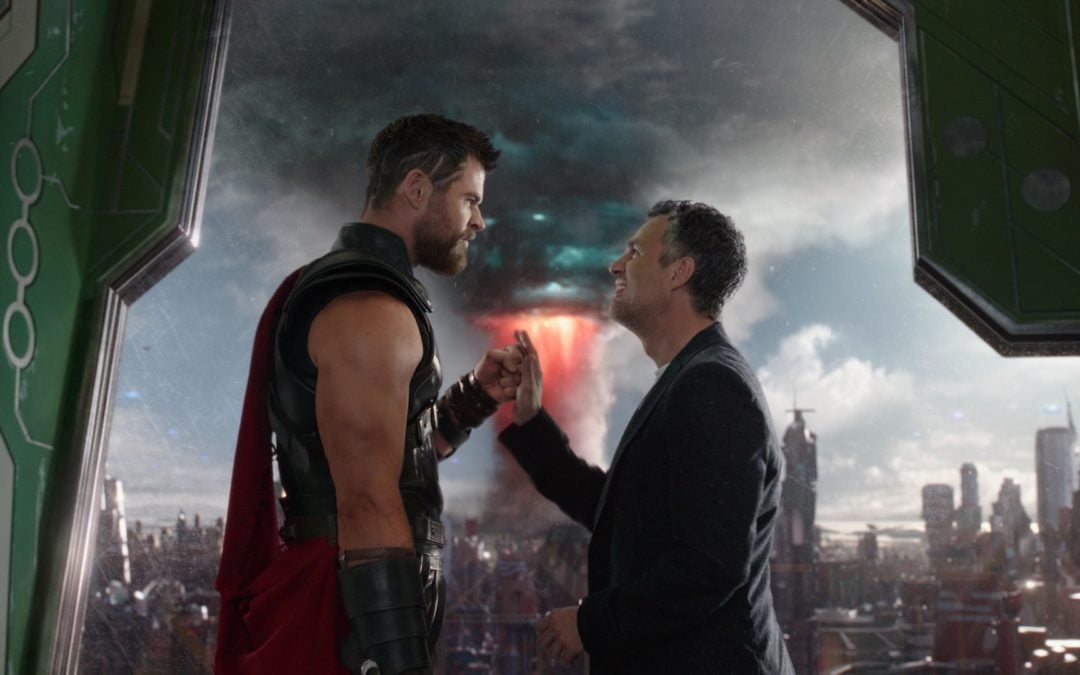 Nothing makes an action-adventure film pop quite like a well-timed joke. Whether it’s John McClane quipping while crawling through air vents or a killer robot from the future learning how to smile, a properly placed joke helps add dimensions to an action story and makes the adventure side of action-adventure more fun. But sometimes, you can set out to write comedy and the jokes get in the way of the narrative. It’s important to write comedy that serves the story in the action-adventure genre. To learn this lesson, we’re going to look at the franchise that simultaneously does this the best and the worst all at the same time: the Marvel Cinematic Universe.

Marvel movies often have the un-nuanced opinion that they are too funny and overly reliant on jokes. While this might be a valid point, it doesn’t take into consideration that it’s not the volume of jokes that is the issue, it’s the placement and the use. To be clear, this article isn’t making the argument that the jokes aren’t funny or shouldn’t make you laugh. In most cases, the filmmakers write comedy that is well constructed. But sometimes the placement of these jokes run the risk of undercutting dramatic story beats,.

2017’s Thor Ragnarok is a very funny movie. Yet the story suffers when it puts the laugh ahead of the drama. Bruce Banner jumping out of a spaceship and hitting the ground hard in the climax is a funny moment that plays off of audience expectations, but it’s not a joke that comes from a character, it’s something that happens to the character. That beat in the climax is about a character accepting his dynamic in the story and his symbiotic relationship with the Hulk inside of him, but the impact of that moment is lost to make room for the joke of him hitting the road and not turning into the Hulk.

Is it funny, yes, but the joke drags the story to a halt for a laugh only to have the beat play out how it’s expected to anyway when he turns into the Hulk a second later.

Spider-Man Homecoming, another recent Marvel movie, is full of lighthearted moments, but it doesn’t suffer from the same issues as Thor Ragnarok. Most of the jokes come from a place of character and are used to elevate the narrative, not hinder it. When Peter Parker is buried under rubble and crying out for help, the filmmakers don’t throw a joke at us to undercut the moment. They let it play out, they let it build toward a triumph. It doesn’t mean that there isn’t room for comedy in the climax. By allowing the hero moments to feel like hero moments the story has room for jokes.

Know when to not write comedy.

There are no rules about this. Here are things you can consider to make sure you’re getting the most bang for your comedy buck. First, make sure the humor originates from the character. Random slapstick can get a laugh, but if not timed right it can be distracting. Second, always take time to think about what the emotional beat of the scene is. If the beat is “Banner jumps out of a spaceship and chooses to be a hero by turning into the Hulk” then breaking that up with a joke flattens the momentum of the moment. Build jokes around the beat, don’t build beats around the jokes.

Comedy should be working for you, not against you. In the action-adventure genre, it’s not enough for a joke to simply make you laugh. Taking time to think about the purpose of a joke will help keep things in balance.

Receive written feedback on your script from BlueCat’s founder and judge, Gordy Hoffman.