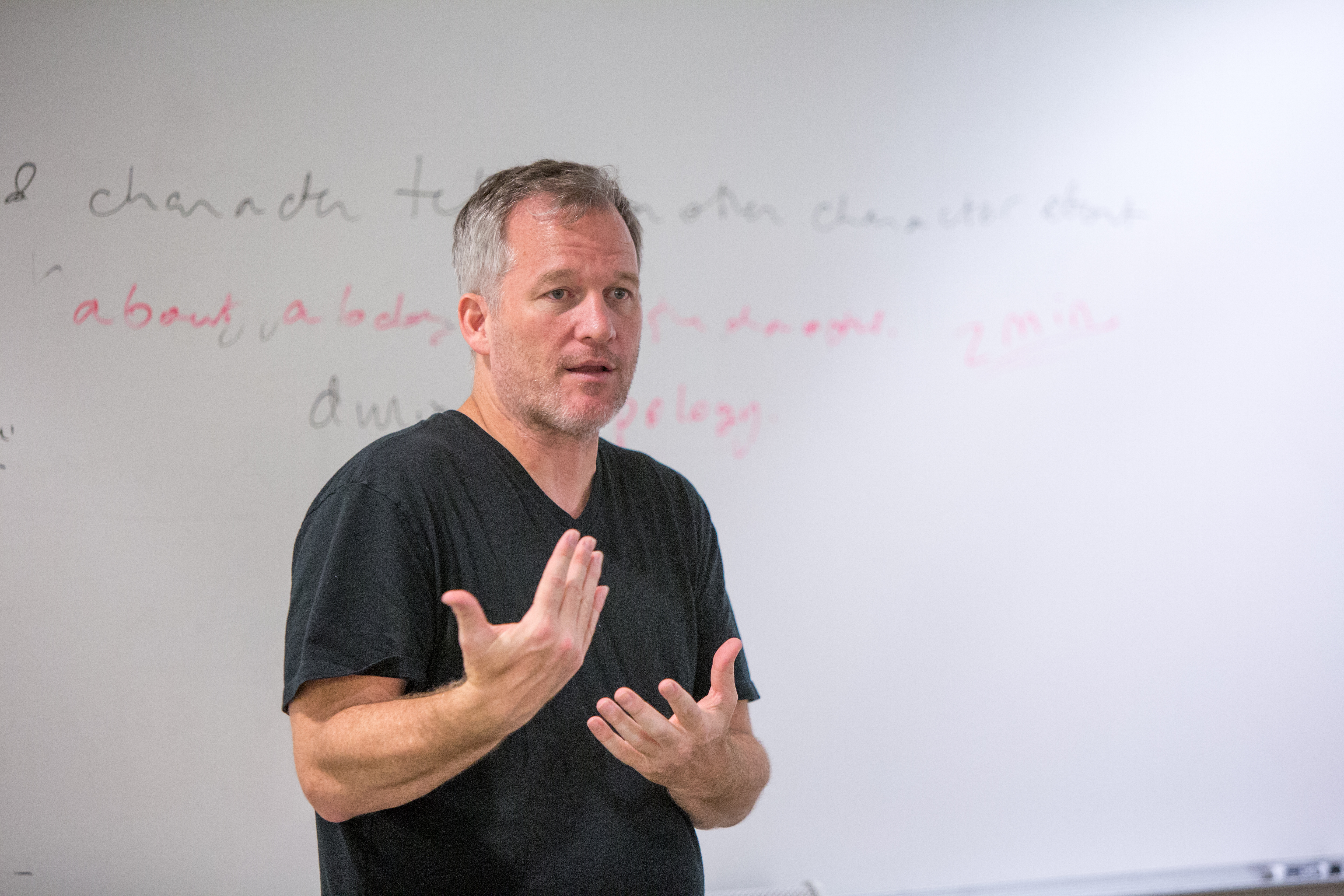 By Mike Gordon at the Honolulu Star-Advertiser

When it comes to the craft of writing screenplays, there’s no shortage of advice.

Google “how to write screenplays” and your search will yield more than 2.6 million hits. You can download software that formats your prose, read from hundreds (probably thousands) of film and television scripts online, and find tips from the blogosphere.

But everyone needs a coach.

Enter Gordy Hoffman, an award-winning screenwriter, an instructor at the University of California at Los Angles film school and founder of the popular BlueCat Screenplay Competition, which last year attracted more than 4,000 entries.

The 49-year-old Hoffman says he’s passionate about inspiring storytellers and will be on Oahu this week to lead four workshops. He plans to discuss your first big idea, writing effective dialog and how to edit ruthlessly.

Screenplays are the words behind the visual stories people create, said Hoffman, whose screenplay “Love Liza” won the Waldo Salt Screenwriting Award at the 2002 Sundance Film Festival. “Love Liza” was turned into a film that starred his younger brother, the late Philip Seymour Hoffman.

“We love them and they are a big part of how we share things,” he said of the stories seen on screens big and small. “It’s a huge part of our culture. Everyone is very literate on cinema and television. People grow up watching stories.”

And yet, screenwriting as a career is largely viewed by the public as an unrealistic, pie-in-the-sky profession, Hoffman said. But there are so many film and television projects produced in the United States that, by some estimates, the industry accounts for the nation’s second largest export, Hoffman said.

“The demand for great stories, for emotionally captivating stories, is high,” he said. “And the industry is always looking for good people and new voices. If you supply a special story, the market will find you.”

That may be overly optimistic because simply finishing a screenplay is tough enough. Most people quit, Hoffman said.

“Trying to finish and take things to the next level so you distinguish yourself is the effort of someone who gets up at 5 in the morning before the kids get up,” he said. “They write every day. Everybody I know who is successful, they are grinders.”

A good idea — obviously a plus — has to pass a key test. You can enlist friends for this, Hoffman said.

But here’s a surprise: You don’t need to know the ending of your story before you start writing, Hoffman said.

“Oftentimes, not knowing where a movie will go is good because what you craft as a writer is you as a writer going on a journey yourself,” he said.

Part of Hoffman’s own journey involves his brother, who died of a drug overdose in February at age 46.

“I don’t think I would ever write a biography,” the screenwriter said. “I feel like my work in some way will be sort of his memorial. And I think I will always, in some way, memorialize him in my work somehow.”

The death of his brother affected Gordy Hoffman’s ability to write — he was in “a shattered place,” he said. But in that experience he found a writer’s truth.

“Writing is emotionally demanding,” Hoffman said. “That’s why people don’t make it in this industry. They can’t weather the emotional demands of writing truthfully, and if they don’t write honestly, a screenplay isn’t any good.”

Hoffman will hold a separate screenwriting workshop Saturday at the university. For details, visit bluecatscreenplay.com.