Gender Roles in Space: How Alien: Covenant Breathes a New Life into an Old Story 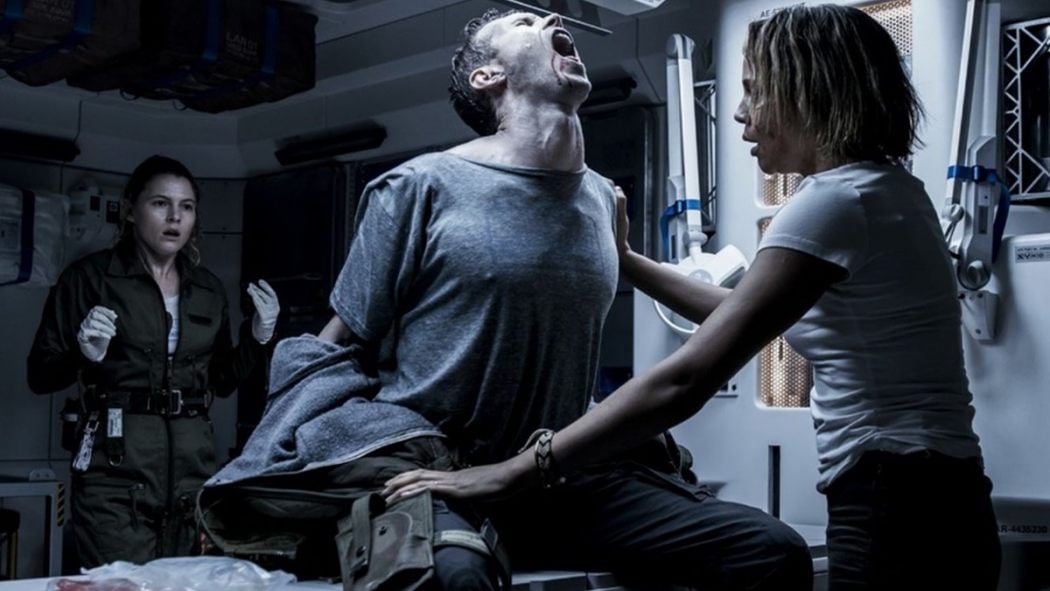 Origins of the Franchise.

As it relates to the decades-old, genre-defining film-franchise, Alien: Covenant serves one true purpose: to explain the origin of the film’s legendary Xenomorph. Supported by an excellent cast, beautifully haunting sequences and a narrative fit for the top-earning franchise, Covenant has something for newcomers and old fans alike. The film holds its own as a solid follow-up to Sir Ridley Scott’s Prometheus (2012), as well as an interesting exploration of man’s (or android’s) inherent need to create, to love and to explore the unknown.
“Look upon my works, ye Mighty, and despair,” echoes android David (Michael Fassbender). The synthetic robot explains his diabolical plan to create the world’s most perfect being, the Xenomorph — and despair we will! Covenant returns to the basics with call backs to Alien (1979) and the film’s straight-forward storytelling shocks, disgusts and engages the viewer in a satisfyingly gory way that builds up to a dramatic conclusion reminiscent of the originals.
In the age of rapid climate change, the concept of interplanetary colonization seems more and more plausible by the day. Origae-6, the crew of spaceship Covenant find themselves on a newly discovered planet after they intercept the transmission. This detour proves to bring discovery and a world of terror.

Performances of the crew entice, intrigue and entertain. The masterful centerpiece of this narrative comes from Michael Fassbender’s interpretation of David and his fellow android, Walter. The sequences involving these two are quite engaging. They reveal much about the film’s thematic devices. Carried by the undertones of homosexuality, interactions between these two highlight the duality of struggle on the final frontier. They must choose between love and duty. Walter’s duty is to serve his crew, even if it means forgoing the underlying attraction he has for Daniels. David’s hubris, or his his self-imposed entitlement to create a flawless organism, leads him down a dark and treacherous road. It’s the love for his kind that pushes his drive to spread his seed throughout the universe.

What has always stood out in the Alien films is the ability for women to separate emotion from duty. In the original, Ripley is the only member onboard Nostromo. She displays her reluctance to break quarantine protocol despite risking a fellow crew member’s life. In Covenant, the Ripley here is Daniels who maintains that legacy by being the only person reluctant to abandon the original colonization mission. Oram is the one responsible for diverting the Covenant. He did so in hopes of shortening their trip to a habitable planet. Like David, he finds a sense of entitlement in being a leader of man. It’s his duty to bring those he loves to a safe place. It’s David’s will to rule over his own kingdom. It is these devices that ultimately bring about the fall of man, but as David is not actually a man at all, we’ll have to see how his newly found status plays out in the next installment, which will undoubtedly follow his journey.
Alien: Covenant — while often reaching at more than it can successfully grasp on to — will surely offer an engaging two-hour foray through the final frontier. For locked-in fans of the originals, Covenant will definitely appease those wanting a return to original form from director Ridley Scott. For people just discovering the world of sci-fi, Covenant — and its prequel — are great places to start. Expertly crafted sequences and powerful performances from familiar faces offer a fresh start to the 2017 summer movie season.