The Blade Runner Year: Has Writing Movies Run Its Course? 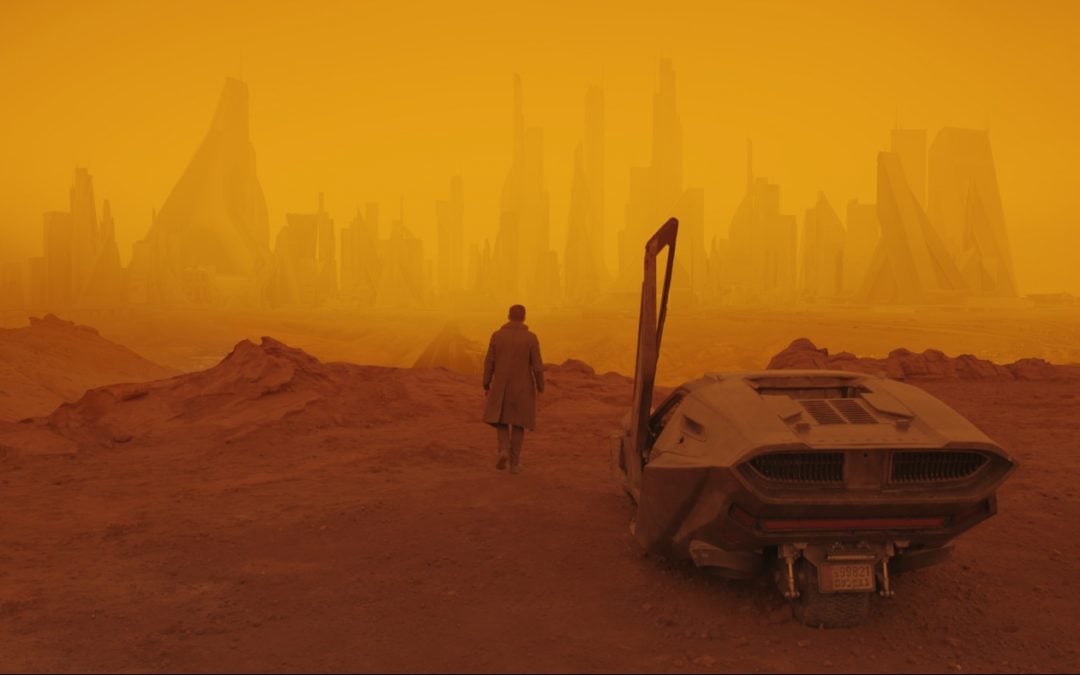 The sequel to Blade Runner has officially been declared a bomb at the box office, at the tail end of the worst summer for the movies in over a decade. Movie after movie has under-performed all year despite high scores on Rotten Tomatoes. Aside from GET OUT, blockbusters are not original and often borrowed from creations devised long before we were all born. Looking at the top 20 for box office sales figures, what was an original idea?

Why didn’t anyone go to the movie theater all year?

Writers have started to ask if it’s worth the pursuit of writing screenplays for film.  Billions are being spent to write for television. Thousands of students in film schools dream of being on tv staff writing for a cool show. They want that real opportunity to have a wonderful professional career getting paid to write fresh, dynamic stories. Young writers want to write for television, with its freedoms. And the jobs exist. Why not develop a pilot? Aren’t the chances better?
If everything the studios are producing are based on comic books, where will your movie ideas fit in? Why are many of the screenplays on the Blacklist based on historical events? Why are we still following beat sheets when there is no market for original movies?

We are in a golden age of television.

What age of movies is this? We live on Roku and going to the movie theatre is a curious thing, an event, something a bit corny, compared to Sundays when Game of Thrones releases a new episode, or the next season of Stranger Things drops.
So why are you working on your screenplay? Why start another one?

Is it because movies  are harder to write than television?

Movies require one of the most difficult maneuvers in storytelling: it requires an ending. A movie happens before you have to sleep again. Television can hold off the payoff for many years, but in the motion picture writing business, we have to do it in one afternoon. One evening. We have to do it between meals and before bedtime.

Movies are now, television is next week. Television is stay tuned. Movies are don’t leave your chair. Not once. Don’t blink.
Television has allowed us to begin producing stories without knowing their direction, (which is very cool!), but with screenwriting, you have to pay the bill on your story before you begin production, and this is difficult.
Stories for the movie theater need to have fewer characters, happen faster, in fewer locations, yet land an epic emotional response with the human heart just the same.
It’s harder, but as life happens in the moment, in this day before us, movies mark nothing but the present. You need to leave your house, you need to put on pants, you need to see people, you need to be semi-polite to get to the theater, and all of this reminds us of everything important to us.
When we get there, and we sit in the dark with other people, maybe many, maybe just a few, and there we hold a connection to our ancient past, something quite sacred to the child within ourselves.
There are many reasons television has grown more popular than movies, but an important reason is the emotional and spiritual challenge of telling a story in two hours, the writing of a screenplay, can now be bypassed and not addressed.
But some of you are not interested in the avoiding this work. Some of you want to bring the ancient tale to the crowd in the day before us, to the audience, and every day of their life that has passed before they come, and deliver your story.

This is why you should write the screenplay.

It is more different and unique than television in ways that we don’t respect, and special and powerful like nothing else.

But you know that.

There is a golden age of cinema coming, the return of vinyl, which will live alongside the Mary Tyler Moores of today, which won’t replace a stranger thing from your couch.
Aspire to the stories for the crowds around the fire, and you will be rewarded in the way that you can only imagine, and the new day of motion pictures will be upon us, with stories of the best of all of us!