5 Tips To Consider Before Writing Your TV Pilot 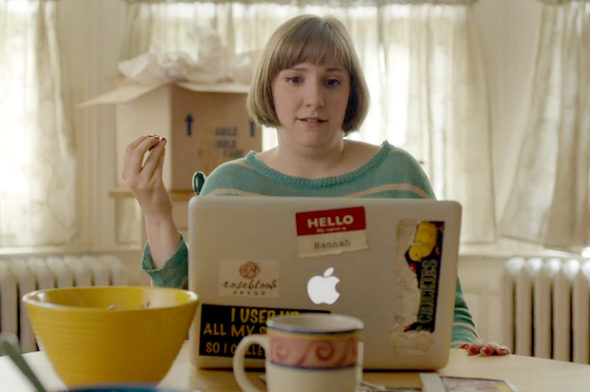 You have a delicious idea for a fresh, binge-worthy television series. With the evolution of streaming services like Netflix, Youtube and Amazon, it seems that episodic storytelling has no bounds. If this is your first rodeo writing for tv, it is important to know that writing for television is a completely different experience than writing for the big screen. Writing a TV pilot is an exciting and overwhelming adventure.

Here are five tips to consider before you start writing your tv pilot:

1. Think Big Picture: Is My Idea Sustainable?
One of the key differences in writing for television is sustainability. Unlike writing films, you have more than two hours to tell your story. Crafting a tv show means getting cozy with your characters, your concept and the compelling world you create. Your tv pilot is only chapter one of an entire season and potentially (if your glass is half-full) an entire series!

It’s essential that you are passionate about your idea. You will be investing a great deal of time and energy with your show and all its puzzle pieces. Breathe. Be patient. The fun in writing tv is that you are free to roam on endless story tangents. You just need to ensure you create a well-oiled story engine. The first step to getting the car started is writing a kick-ass tv pilot!

How do you know if your tv idea has longevity? Sustainability comes with thorough character development, establishing a story structure, creating a concept that’s original (yet familiar), and embracing the collaborative writing process.

2. When In Doubt: Character Above Everything.
The best characters are ones we connect with. We show up week after week or stay up binging our favorite shows because we are emotionally invested in our characters. The exciting challenge of writing a television protagonist is creating one that we can relate to, but haven’t met before. Having a hero/heroine that you and your audience can live with, whether they go down a dark path of destruction or claim a monumental victory, is the goal. The notion that your lead must be likable is a fading expectation. Your viewers don’t have to love or agree with your characters in every episode, but they should understand their motives. One of television’s greatest anti-heroes, Walter White (Breaking Bad), proves that we can root for someone who tows the line of morality. We accept these villian qualities because Walt is committing these crimes to ensure his family has a solid financial future.

Intricate character development doesn’t end with our hero. A show doesn’t thrive without its counterparts. Even for Last Man On Earth, one man was simply not enough to carry the story. Adding supporting characters opened the show to more storylines and obstacles. A well-written series pays careful attention to its B and C storylines in addition to the hero’s journey. Orange Is The New Black, Modern Family and Shameless are successful examples of shows that juggle multiple storylines with a large ensemble of three-dimensional characters.

3. A New World: How Does Your Story Unfold?
There is no right way to open your show. Your show’s structure should be unique to your characters and the world you are debuting. When you start to outline your pilot, think about how you want to introduce the audience to your engaging concept. Is it from the perspective of a new character coming to town (New Girl)? A life-changing event (Lost)? A day-in-the-life of your environment (The Office)? Or is it a hybrid of all three?

Structuring your story doesn’t have to be rigid and formulaic. The audience doesn’t have to be crystal clear on what’s happening in every scene. Some mystery is encouraged. That being said, your viewers should have a grip on the rules of your series. If your heroine has superpowers, don’t save that key reveal for episode two.

Although Act Breaks have become ambiguous over the years with the advent of streaming tv, writing to Act Breaks can be very useful when building your show’s structure. Act Breaks stand for commercial breaks. They keep your audience glued to the couch. Act Breaks set the tone for plot twists, climactic moments, and romantic shifts. They can also prevent lulls or dips in your story. The amount of Act Breaks vary from series to series and with genre. Studying your favorite shows and clocking their commercial breaks can give you a sense of pacing. Reading pilot scripts will familiarize you of episodic storytelling structure, too. Whether you have two act breaks or six, the end of your pilot should have crucial set-up for what is to come. Your audience should be begging for more. The show must go on.

Writers are often advised that they must hook the reader on page one. While we want our tv time spent wisely, it’s okay to gradually reel us in. It’s common for beginning writers to overcomplicate a pilot episode with unnecessary characters and cramming in jokes for the “joke count.” Above all, the structure should feel organic and unfold your story in the Whether you hit the audience immediately or slow burn into your series, above all the structure needs to feel organic.

4. Concept: Original, Yet Familiar
With hundreds of new shows premiering every year, coming up with a new idea seems nearly impossible. Remember that nobody tells your version of the story better than you. Your life experiences, your perspective, your values and the themes you want to explore in your writing, are unique. Many shows are inspired by the classic plot tropes that came before them. Tropes don’t have to be completely avoided, but they need to feel new, genuine and written by YOU.

For example, Girls is considered a newer take on Sex and the City. The workplace comedy has been done over and over again only with a different set of characters, obstacles, and dynamics. Just look at iconic shows like Taxi, Cheers, 30 Rock, and Veep.

5. Embrace the Process: The Writer’s Room
More often than not, writing TV is a collaborative process. With all the work you have to put in, this fact should be a relief. You’re not alone! You may develop the pilot and the concept by yourself, but there’s a reason why writer’s rooms exist when it comes to writing a television series. It takes a village to create The Sopranos and Friends of the world. As you complete your pilot and move on to further episodes, it may be wise to share your work with a group of trusty writers. Host a table reading. Hearing your script out loud is vital, especially when writing for comedy. If you want to be a television writer, it’s essential you welcome teamwork.

Lauren is the development and marketing assistant at BlueCat. She graduated with an MFA in Screenwriting for Film and Television from Stephens College in 2017. Lauren advocates for young women and LGBTQ youth in her writing. When she isn’t developing her next script idea, she’s hiking with her two pups in the Santa Monica Mountains.

Get more screenwriting tips, interviews, and career advice over on our blog.