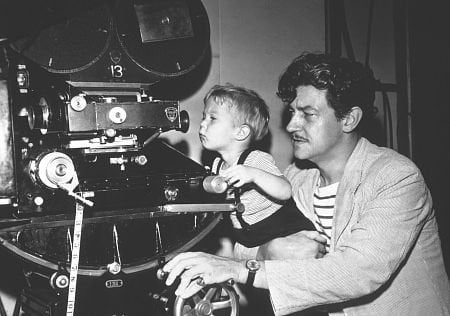 Shorts are to filmmakers what aluminum cans are to would-be assassins: a way to shoot without ending up in prison. It is, after all, much easier to legally attain a few thousand dollars than a few million, and when you’ve got a crew of five and a borrowed camera, a few grand can go a long way. And, as with the aluminum cans, shooting a short offers valuable practice. You learn a lot when you spend a week translating something from page to screen. Finally, shorts can work as a calling card; many a career has gotten started with a short film shot on a shoestring. Here are five short films that helped launch careers.

In 1995, Fox executive Brian Graden paid Trey Parker and Matt Stone two grand to make a five-minute short he would use as his Christmas card. It went viral the way things did in 1995: people gave friends copies on VHS, and those friends gave other friends copies. Because of this short, Comedy Central hired Parker and Stone to develop a TV show. South Park premiered in 1997 and has been on the air since. In addition to South Park, Parker and Stone have made several movies, and their hit musical, The Book of Mormon, picked up nine Tony Awards.

Bottle Rocket is a thirteen-minute short directed by Wes Anderson, starring Owen Wilson, and co-written by the pair. Four years later it was made into a feature film. Since then Wes Anderson has directed Rushmore, The Life Aquatic, and The Fantastic Mr. Fox, among others, while Owen Wilson has had roles in over forty movies.

This is a twenty-seven minute dark crime-comedy written and directed by Martin McDonagh, who went on to do In Bruges and Seven Psychopaths. Though the short is unrelated to In Bruges, it is a clear precursor to that film; dark, funny, and polished. It won several well-deserved awards upon its release, including an Academy Award for best live action short in 2006, and paved the way for McDonagh to do features.

Written and directed by a man who went on to direct episodes of Grey’s Anatomy, The Wire, Jericho, Sons of Anarchy, Dexter, The Walking Dead, Californication, and many other shows, this short is where Seith Mann proved his skill. Five Deep Breaths was Mann’s master’s thesis at New York University, was awarded the Spike Lee fellowship while in development, and won awards at both the Chicago International Film Festival and the Los Angeles/IFP West Film Festival.

Peluca was Jared Hess’s first film, a nine-minute black-and-white comedy that was later adapted into a feature film called Napoleon Dynamite. It was also one of Jon Heder’s first acting roles. Hess has gone on to direct Nacho Libre and Gentlemen Broncos while Jon Heder has gone on to act in thirty movies or television shows.

Some of these shorts were made for next to nothing while others had respectable budgets, and while the budget differences clearly show up onscreen, each of them still managed to showcase a writer-director’s talent well enough that he (and sometimes others involved in the project) went on to have a career in the film business. No small feat.