3 Times to Be Self-Critical During the Writing Process 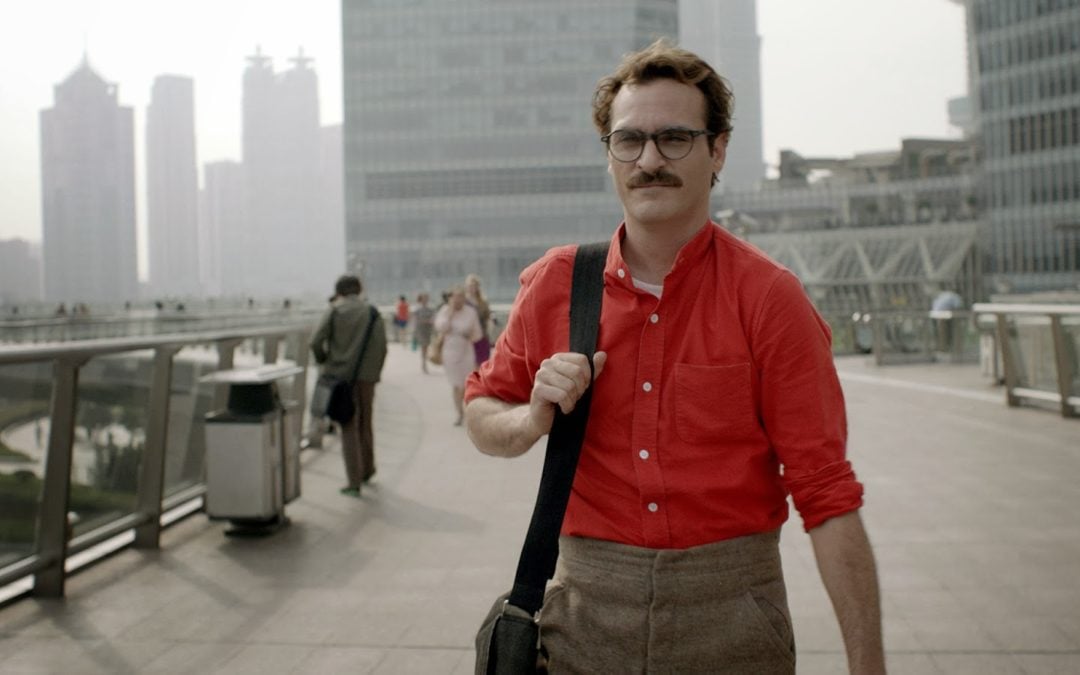 In order to survive as a writer without going completely insane, you need to be your own biggest fan. You need to believe, deeply and truly, that you have talent, that you’re only improving over time, and that if you keep working hard, you’ll find success. You’ll certainly have your doubts from time to time, but you need a healthy ego. As Joaquin Phoenix’s character in Her put it, you should have days when you’re your own favorite writer.

But to build a career, you also need to learn how to be self-critical – how to look at your own writing and be able to distinguish between the good, the bad, and the ugly. Put another way, to write professionally – whether for film or television or novels or the stage – you can’t be precious. You need to be able to take the scene that you thought was brilliant yesterday, realize it’s not working with the rest of the plot, and give it the ax. Even more painful, you need to be able to recognize when an entire story simply isn’t coming together and should be set aside.

Being self-critical in the rough draft process is especially helpful for saving time and energy. The worst mistake you can make as a writer is slaving away at a flawed concept that was never going to make a good story. As soon as you realize that an idea is cliché, uninspired, not accessible, or just plain boring, move on.

At the same time, you should give yourself permission to write a bad first draft. (I know, that sounds like the opposite of what I just said. But stick with me.) I’m a big advocate of getting the first draft out as fast possible without worrying too much about dialogue or missing scenes, because the sooner you have something on the page, the sooner you can start refining.

The big caveat is that you need to do the outlining work FIRST so that, one, you’re able to get the draft out quickly without running into major story problems and, two, you can feel relatively confident that your bad first draft is worth starting at all.

There are three main times in the first draft process when you should be critical of your idea and decide whether the concept is A) flawless, B) just needs more work, or C) should be set aside. Most ideas, by default, are going to fall into the “C” camp, and that’s ok. No idea ever needs to be discarded. Save it, file it away, and maybe someday you’ll find the angle or the plot point or the character you were missing before to make it work. And even if you never use those discarded ideas, the creative work you did coming up with them is all part of your story education. You need to sift through a whole lot of bad before you can learn to identify the good.

So, without further ado, here are the three stages during the outlining and rough draft process when you should set your ego aside, seek feedback from trusted sources, and look at your idea as objectively as possible.

If you’re excited about an idea, it’s worth spending some time outlining. Just don’t complete a thirty-page treatment before asking yourself, “Is this any good?” And absolutely don’t start your rough draft without really considering whether the characters and/or plot you’re developing are not just pretty good, but exceptional. If you’re iffy about an idea, set it aside and outline something else. If the idea stays with you, you can always come back to it later.

At the midpoint of your rough draft

When you hit the midpoint of your outline – not a particular page number – look back at what you’ve done and ahead to what you have left to do and ask, “Is this going somewhere?” It won’t be good yet, and that’s ok. The midpoint of your feature script might fall on page 25 or on page 102 of your rough draft. Those aren’t great signs, but they don’t necessarily mean that the idea is flawed. If it isn’t working yet, try to ask honestly, “Will it ever work?” Again, if you’re not sure about the answer, you might want to set this idea aside.

After you’ve finished the rough draft.

When you finish your rough draft, congratulations! That’s a big accomplishment, you learned things along the way, and you absolutely became a better writer. Unfortunately, what you’ve written may be an unsalvageable mess. It happens to everyone. If your mystery has holes the size of Kansas or if your rom-com is so predictable that your toddler can guess what happens next, don’t get down on yourself. Just set the script aside, pick your ego back up, and keep moving forward.

Being self-critical takes practice. To be honest, I’m still terrible at it. I tend to think that everything I write is pure gold (thank you, Ego) until someone I trust helps me see the holes that evade my vision. The more you write, the more ideas you come up with, and the more you rewrite, the more you’ll develop your critical eye – and your network of trusted rough draft readers. You’ll need both to succeed.

Angela Bourassa is the founder of LA Screenwriter and the co-founder of Write/LA, a screenwriting competition created by writers, for writers. A mom, UCLA grad, and alternating repeat binger of The Office and Parks and Recreation, Angela posts articles through @LA_Screenwriter and unique daily writing prompts through @Write_LA.