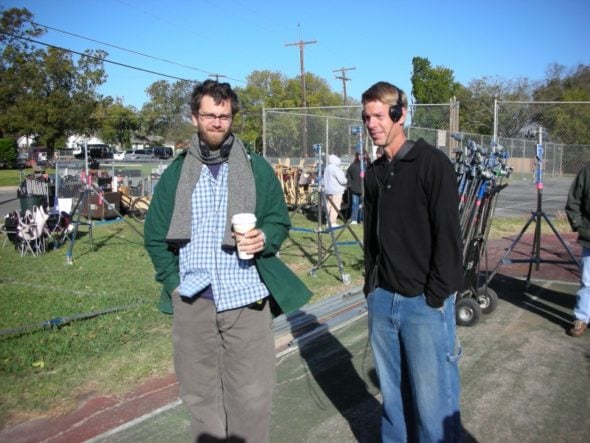 “Once we decided to write a screenplay, we wrote down about 20 scenes that made us laugh. The key was that they had to make us laugh out loud.” – Rick Stempson

Andy Stock and Rick Stempson met at a tennis tournament in Grand Island, Nebraska when they were eight years old. They’ve been friends and writing partners ever since.

Andy and Rick were BlueCat Grand Prize Winners with their submission Gary The Tennis Coach.  The screenplay got the attention of producer Peter Morgan and was later made into a motion picture and released by Sony as Balls Out: Gary The Tennis Coach. The film starred Sean William Scott and Randy Quaid. Watch the trailer below:

Stock and Stempson’s follow-up was The Goods: Live Hard, Sell Hard, which starred Jeremy Piven and Ving Rhames, and was released by Paramount.

These days, Andy and Rick reside in Nebraska with their families. To learn more about the impact of BlueCat on Andy and Rick’s comedy career read this full interview!