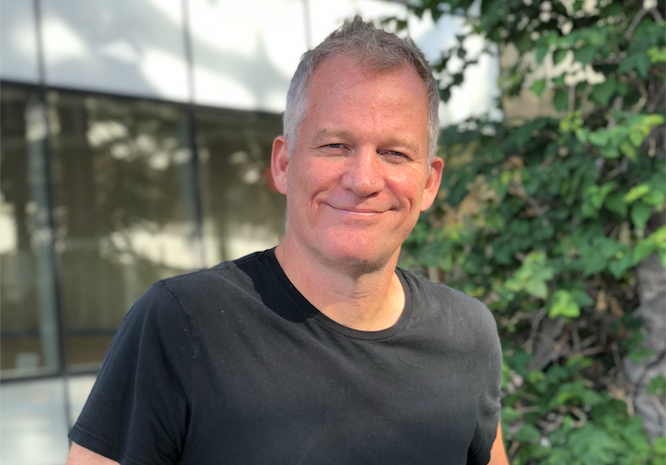 “Gordy helped me tremendously as I wrote my first TV pilot – he was the only one to tell me that it wasn’t where it needed to be for where I wanted to go. He told me to write from a place of truth and not from a place of “writing for TV” and gave tangible suggestions on how I might do that. His feedback in hand, I embarked on a page-one rewrite. That rewritten script won the Drama Teleplay Award at the Austin Film Festival, was a finalist in the Page Awards, and helped me secure representation. I’m so glad for Gordy’s tough love feedback – it’s what I needed to move my script forward.”

“Gordy’s mentorship is a much-needed resource in what can be a very isolating craft. His perspective and analysis helped me identify both the strengths of my script, as well as what wasn’t working and needed improvement. In each session, I got the impression that he genuinely wanted to help my script and me succeed, which made him an encouraging presence in the face of potential rewrites. While critique can always be humbling, with the help of his insights, I was able to grow stronger as a screenwriter and storyteller, and would easily recommend Gordy’s industry-conscious expertise to anyone seeking direct and constructive feedback on their work.”

“Was a pleasure meeting Gordy both over Skype and in person when he stopped by in Austin. His experience and level of detail with narrative storytelling was very helpful on my project. I recommended him to others in my screenwriter group. And, he’s a cool dude!”

Gordy’s consultation will maintain constructive focus on your work and how it can improve:

*How dialogue is carrying information regarding character, context, history, and environment

*The level of originality in every aspect of your story

*The credibility and logic of your decisions for your story

*Ensuring that conflict is maximized and properly placed

*The overall consistency and coherence of your screenplay’s tone

Note: All services have a 3-7 day turnaround. Please inquire for rush service.

Scripts consulted on by Gordy Hoffman are not eligible for submission to the competition.

Written Consultation
3-4 pages of written feedback. Following the receipt of your notes, an optional Skype or phone session to followup.

Written Consultation
2-3 pages of written feedback. Following the receipt of your notes, an optional Skype or phone session to followup.

Written Consultation
2-3 pages of written feedback. Following the receipt of your notes, an optional Skype or phone session to followup.

Written Consultation
1-2 pages of written feedback. Following the receipt of your notes, an optional Skype or phone session to followup.

After we’ve received your registration and payment, we will contact you for a copy of your script.

Please let us know if you have any questions.

Gordy Hoffman’s screenplay LOVE LIZA, starring his brother, Philip Seymour Hoffman, won the Waldo Salt Screenwriting Award at the Sundance Film Festival. He made his feature directorial debut with his script, A COAT OF SNOW, which premiered at the Locarno International Film Festival. Gordy’s short film, DOG BOWL, premiered at the Sundance Film Festival and went on to screen at over 50 festivals around the world. DOG BOWL can be seen on Amazon Prime. He recently wrote a feature for Annapurna Pictures and Bennett Miller. A proud member of the Writer’s Guild of America, Gordy’s currently writing a feature to direct set at the George Eastman House in his hometown of Rochester, New York.

Gordy has taught screenwriting at the USC School of Cinematic Arts and the UCLA School of Theater, Film, and Television, as well as led workshops all over North America, Australia, New Zealand, Poland, and England. He sits on the Professional Advisory Board of the Film and Media Studies Department at his alma mater, the University of Kansas.

Gordy founded the BlueCat Screenplay Competition in 1998 and remains its judge.

Gordy is currently not accepting script consultations. Thank you.