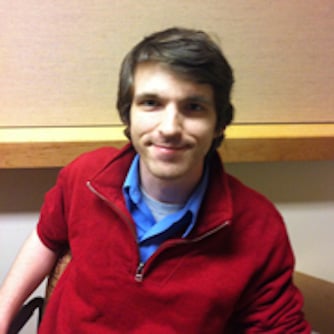 I Want My Car You Son of a Bitch

When the wealthy boss of nearly retired personal assistant, Toni Fratzki, dies, she’s left to clean up the mess of his troubled teenage son’s illegal affairs and discovers the last chance of belonging to a family she might have.

BlueCat: Tell us a little bit about your script I Want My Car You Son of a Bitch.

Will Ryan: The story centers on Toni Fratzki, a bitter, near-retirement personal assistant. When her wealthy boss unexpectedly dies, Toni must pursue his troubled teenage son, Luke, after he steals her car and gets mixed up in a drug deal gone wrong. Along the way, she discovers the last chance at belonging to a family she might have in her life.

That’s my logline. It needs work, but it sums the story up. It’s about needing family, and how money is nothing without it. It’s about the true value of objects, and the misguided affection that can be placed on them. It’s about letting down your defenses, allowing yourself to be vulnerable to the bad decisions your family might make, and helping them even when it’s tough to do so.

BlueCat: How long have you been writing screenplays?

Will: I started outlining and writing stories when I was 18, but I didn’t know what I was doing. Everything was written in Word, and there was no format. The stories consisted of long sentences with too many adjectives. I really started researching and writing screenplays when I was 24.

BlueCat: How many screenplays have you written?

Will: I Want My Car is my first feature. I’ve written about a dozen shorts, and have a few outlines I’m fleshing out right now.

BlueCat: What was the inspiration behind this story? How long have you worked on the project?

Will: I was getting coffee with the CityOneMinutes coordinator, Maaike Van Der Linden. She was in Juneau, AK (where I grew up) from Amsterdam and staying with my roommate Emily’s mom, Toni Fratzke. We were talking about her great experience in Alaska and staying with Toni, and something clicked. I chuckled and said, “I need to write a revenge chase film starring Toni. I’m going to call it
I Want My Car, You Son of a Bitch.” I really wanted Toni to star in it so I could call it Toni Fratzke is Toni Fratzki in: I Want My Car, You Son of a Bitch.

The thing about Emily, and maybe Toni a little bit, is that while she’s a great friend, she is a pain in the ass to butt heads with. And it’s not like Emily is unreasonable. She just wants things to go her way, and isn’t afraid to get temperamental when they don’t. I think she would agree with me. So I just took Emily’s attitude, made it more pissed off and alienated, and applied it to her mom, Toni. That was three years ago.

It started off as a short. My rule on shorts is 10 pages or less, and I knew I wanted the majority of the script to be action/chase based. I knew Toni had to really want the car badly. So I gave her a boss, Mark Ridgeway, and killed him. The story started at the funeral, the first line being, “Listen good, asshole.” He bought her the car for work purposes, and she fell in love with it. Now he’s dead, and she wants ownership of it. So who’s going to steal it? I was stuck.

I toyed with the anonymous car burglar idea, but it didn’t feel right. It didn’t have any heart. Around that time, I learned that your villain should have just as much weight as your hero, almost like the hero’s negative mirror image. Scott Pilgrim had a funny example of that. So I gave Mark a troublesome teenage son, Luke.

At this point, I realized I couldn’t fit all this in under ten pages. I try to avoid flashbacks, and even tried to avoid calling a flashback scene in the feature version of Toni a flashback (and got called out on it). I played with the idea of a twenty page short, but I just don’t believe that audiences at short film festivals are interested in short films over a few minutes long, unless you’re presenting something completely mind blowing. So I adjusted my outlines for feature length, and focused on the heart.

There was something about the idea of this angry old woman coming to terms with the fact that she was the only person left who could take care of this troubled boy Luke, and that he was the only one left who could care about her. That was my heart. I came up with Toni’s last line of dialogue, and started working around that. I still wanted the majority of the script to be action/chase based, so I watched and read Bullitt and The French Connection. I complicated Luke’s past enough so that when Mark dies, he literally has no one who really cares about him. I isolated Toni from the world, and made her realize that it’s not the car she really wanted from Mark, but rather his love. She loves the car because she loves Mark, and she’s so angry because that love was never shared on a romantic level.

I gave Luke a deadline for a drug deal that goes wrong, and a reason for wanting Toni’s car (and only Toni’s car): every other car in his reach is too expensive/glamorous to drive without gaining some attention, something his scheming drug dealer teaches him to avoid.

I wanted the first half to be Toni chasing her car, and the second half to be her chasing Luke. And that was it. I outlined for about two years, and when it came time to choose a story to write for the BlueCat deadline, I chose I Want My Car as I felt it not only was the most fleshed out, but the most heartfelt of my ideas at the time.

BlueCat: What made you decide to enter BlueCat?

Will: I was working as a PA on some productions around Seattle, and had enough money from a Chevy gig to coast for a month in October. I wanted to write a feature, and I know I need deadlines to really finish something. So I Googled “legitimate screenplay competitions”, and found BlueCat. They had an early bird deadline about a month away, gave an actual reward, and provided feedback from two readers. Perfect. I figured the entry fee was worth the feedback alone, which is all I really expected to get from this.

BlueCat: Are there any writers that have influenced your work?

Will: Woody Allen’s Annie Hall has a scene that takes place in his childhood classroom that really excited me about writing, and the possibilities of writing within screenplay guidelines, but breaking them a little bit. Tarantino had that impact on me too. Christopher McQuarrie will instruct his readers, telling them to leave a scene alone or not to introduce characters in a cheesy or cliché fashion. They just have these few key places where they kind of say whatever they want to.

Will: A lot of outlining. I don’t really dance and I’m not great at small talk, so when I’m hanging out somewhere I’m outlining in either a moleskin or on a couple iPhone apps. Save The Cat has a great app for outlining, and Black Mana’s Screenplay app is great for working on Final Draft projects away from home. I’ll outline one character’s existence, then start on another when I’m done with that one. No exaggeration, there’s probably two dozen outlines hidden around my apartment for Toni.

So when I start writing the screenplay, I know pretty much exactly what I want to say. I have a list of beats to get across in the scene, and a page estimate of how long I want the scene to be. If I get stuck, I stop. I re-outline the scene until I find what’s missing, then start again. I’ve got at least five different story outlines currently going on, as it’s nice to be able to switch projects when I’m exhausted of one.

BlueCat: What are your goals with the script after winning the Fellini Awards?

Will: I recently finished a rewrite of Toni, and am working on finding agents or managers who are willing to read it. I have a lot to learn.

Will: Network, by Paddy Chayefsky.

BlueCat: What have you learned from your BlueCat experience?

BlueCat: What’s next for you as a writer?

Will: Besides writing query letters for Toni, I’ve got a couple outlines done that I’m pretty excited to get started on. One is a feature based on something that stuck with me as a child. In an episode of Home Improvement, Tim is talking over the fence to his neighbor Wilson about their greatest fears. Wilson states, “My greatest fear is that we’re all characters in someone else’s dream, and that at some point they’ll wake up.” I think I was around eight, and it scared the crap out of me. But now I’m really intrigued by the idea. If your main character realizes they’re part of someone else’s dream, what is their motivation at that point? Who is the dreamer? I’m calling itSomeone Else’s Dream until I think of something more clever. I want it to be adventurous, with a Lost-like question/answer (set-up/payoff) structure, but not convoluted. It’s really about realizing people aren’t a part of your life but that we’re all in this together, putting your friends above yourself, and understanding that sometimes you’re not the right person for the job.

I’ve got a short that I’m trying to finish before the final Slamdance deadline called Commentary. It’s about two egotistical buddies who are recording commentary over the short action film they wrote, directed and starred in, the final version of which they are watching for the first time. That’s how the movie plays out. You see their movie, but you hear both their movie’s audio and their commentary, just as you would if you were watching a dvd commentary. The conflict begins when the film doesn’t play out as they imagined it would, as it has been significantly altered by their friend/cameraman/soundman/editor, who doesn’t believe he’s getting the credit he deserves for the film. It’s really about friendship, being honest yet compassionate, and communicating your wants in a reasonable manner. I’m excited. It’s tough because there’s a lot going on. There’s the movie they made as one story, their commentary as another story, and how the two interact and grow that makes up the bigger picture.