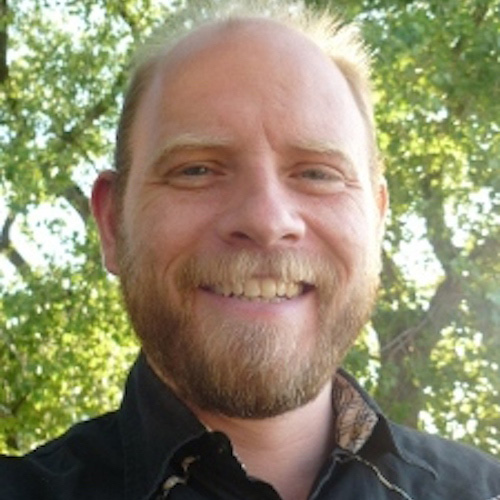 In the heart of Tokyo, an old man gets more than he bargained for when he turns to a robotic pet to relieve his grief. 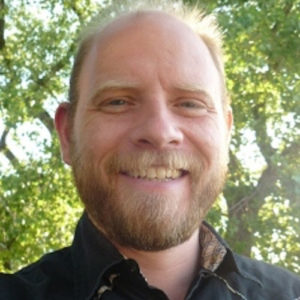 BlueCat: Tell us a little bit about your script Electric Town.

Tony Mullen: Electric Town is the story of an old man and a mind-controlled robot dog, set in the heart of Tokyo. It’s a comedy about loss, technology, pets, and death.

BlueCat: How long have you been writing screenplays?

TM: About ten years. The first screenplay I ever completed was called Blue King, a dark comedy/crime story about crabbers in Alaska. I submitted it to one of the early Blue Cat competitions sometime around 2001. It wasn’t very good though, and I don’t remember how far it got in the competition.

BlueCat: How many screenplays have you written?

TM: I’ve made it to the end of five feature screenplays, but all of them except the most recent  are strictly bottom-drawer material. I’ve written several independently-produced shorts, including End Zone, which was produced as part of the Seattle International Film Festival’s Fly Film Challenge in 2008 and Gustav Braustache and the Auto-Debilitator, which I co-wrote and co-directed with Rob Cunningham. I’ve also written a couple of unpublished novels and six books on computer graphics and animation with the open source 3D animation software Blender, published by Sybex/Wiley.

BlueCat: What was the inspiration behind this story? How long have you worked on the project?

TM: I live in Tokyo (currently I’m in Amsterdam for one year, but I’ll return to Tokyo next spring), and it’s an inspiring place in itself. The contrast between the vibrancy and intensity of the city on one hand and the feelings of loneliness and loss that everybody experiences at some points in their lives seemed poignant to me. The absurdity of this old man turning to gadgetry to try to soothe his grief over his dog struck me as a promising basis for a story.

I wrote the script pretty quickly. It’s short, so the story came together mostly in my head. Once I was ready to start writing things down, I think it was done in a couple of days. I hope to eventually turn it into a finished movie, so in that sense I’m still working on the project. It could take a little while.

BlueCat: What made you decide to enter BlueCat?

TM: Blue Cat’s policy of giving feedback to all entrants is what really makes it great. That feedback alone is worth the cost of entering the competition. When I saw that the Fellini Awards was accepting shorts, I saw it as an opportunity to get some impartial feedback onElectric Town. I didn’t think I had a chance at winning (which is why I submitted it a bit haphazardly, and neglected to fix some errors that turned out to be a little embarrassing later). I guess I thought Electric Town would be a little too unconventional to have much chance at a prize (there’s no dialog, for one thing), but I hoped to get some constructive criticism and maybe a few compliments.

BlueCat: Are there any writers that have influenced your work?

TM: There are many, but Samuel Beckett, the Coen Brothers, David Mamet, and Brad Bird are a few who spring to mind. Not that my work resembles any of theirs very much.

TM: It depends on the type of project. For feature-length scripts, I do a lot of free prose writing to sketch out subplots and backstory and to get to know characters, then I start working with a spreadsheet to organize the overall structure of the movie. That’s where most of the really hard work happens for me. By the time I’m ready to start writing the actual script, it’s mostly all downhill. For a short like Electric Town I get it organized in my head and then go straight to writing the script. I write brief descriptions of each scene first and then go back and fill in the details. The screenwriting software I use is Celtx, which is open source and has a lot of nice features.

BlueCat: What are your goals with the script after winning the Fellini Awards?

TM: I hope to produce it independently when I return to Tokyo. I’m hoping to attract some collaborators from the Blender community to help with the special effects and animation. I’ve been involved with that software for several years and I’m currently working at theBlender Institute in Amsterdam, where there are plans to produce an open content live-action/effects short starting in the fall. This will really help to make Blender a first-rate tool for low-budget movie effects, and I hope that my involvement in that project will help me master the techniques I’ll need to do a good job on Electric Town. It’s a dream of mine to be able to invite a few top Blender artists to spend some time in Tokyo working on the movie, but that will depend on finances. For the live-action part of the movie, I plan to work with Tokyo-based actors and production people.

BlueCat: What have you learned from your BlueCat experience?

TM: I’ve submitted a few screenplays to Blue Cat over the years, and every time the feedback was valuable in helping me develop as a writer. Having somebody knowledgeable in screenwriting put forth the effort to read and comment on your screenplay is enormously helpful.

Of course, nothing beats actually winning! So this time around, I guess the thing I learned is that yes, I really am improving and getting to the point where my work is communicating effectively. It’s extremely encouraging.

BlueCat: What’s next for you as a writer?

TM: I wrote a feature screenplay for a sort of Tim Burton/Harry Selick-esque animated movie called The Diligent Bugs of Kook Bog, but I came to a sticking point in figuring out what to do with that script and how to move the project forward.  I love the story, and I really wanted to try to get it out there somehow, so I decided to re-write it as a novel and see how far I could get with that. From a writing standpoint, that’s been a really eye-opening experience. Going back over the whole story and recasting it in prose gave me great insights into how to improve the original script. So I’m currently querying agents for the novel, and hoping one day to get back to trying to make the movie a reality.

Our thanks go out to Tony Mullen for taking the time to join BlueCat for an interview. Congratulations Tony on being chosen as one of the five winners in our Fellini Awards. Look for more interviews with the winners of the Fellini Awards in the coming weeks.