A teenage tomboy escapes her dead-end Australian country town by joining a visiting sideshow as a wrestler – then sets her sights on the top of the American female league in the 1950's. 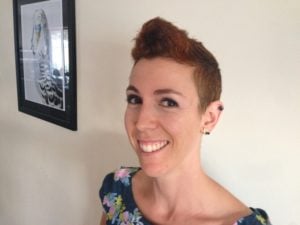 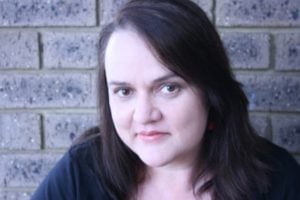 How did you become screenwriters?

Rachael: Many years ago, a friend of mine asked me to adapt another friend’s novel into a feature script for him to direct. The lead character intrigued me and I took up the challenge! I hadn’t written a screenplay before, so it wasn’t a particularly amazing piece of work, but it got me started into something I’ve been in love with ever since.

Mary: I had always had stories and pretend conversations going on in my head to entertain myself – I thought everyone did. Apparently not! Rachael was the obvious person to confess my madness and ideas to. If she had not taken me on as a writing partner for this project, there is no way I would be here with the knowledge I have now. That said, if I’d known how much work it was going to be I might have not bothered! But now that I’ve done it, and the ideas won’t stop streaming in, I’m completely hooked.

R: When we lived on opposite sides of the world, Mary and I used to chat online quite a lot. One day, Mary suggested that women’s wrestling in the 1950’s was an untapped and very interesting background for a story – so we happily got lost in the research for quite a while, and then fashioned a fictional story into the real scene that was absolutely huge in America at that time. I am very much into creating engaging and relatable female characters that go against the grain of expectation, so the seed of this story and the potential of all the characters who populate it appealed to me enormously.

M: Years ago I saw a documentary about women wrestlers and could not believe there had been so few stories about these amazing women on screen. In the mid twentieth century, when women were being encouraged to embrace caring and domestic roles at home, these women made themselves up to look like movies stars and to step into the ring to beat the hell out of each other. Why? It seems that they were drawn to it in ways that made them shun social norms. I loved that these women were prepared to risk being outcasts so they could do what they loved. 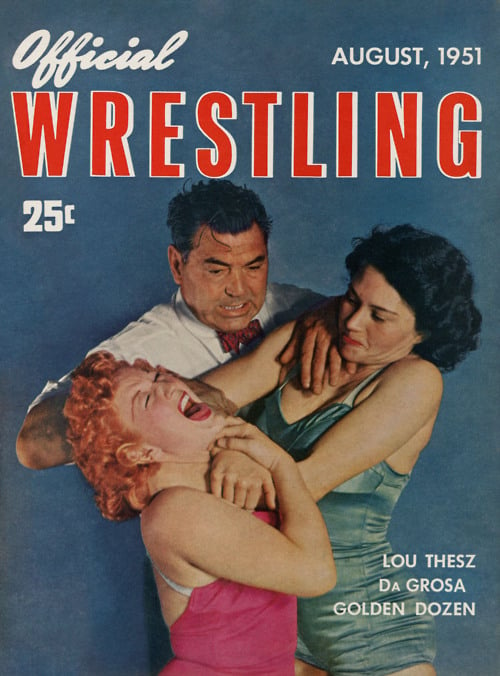 R: I don’t tend to stick to a routine due to years of shiftwork and now managing my young children, so it can be difficult to make sure I sit down and actually get started. The toilet gets cleaned a lot in the period between drafts.

However, once the train leaves the station, I tend to ignore everything else around me until it’s done, so finding that balance between disappearing into the imagined world and not wanting to return to it when it’s time to rewrite is often tricky for me.

M: The discipline; I don’t have any. I’m still new to this and I feel like I’m only just starting to get a routine down. I’m also a professional procrastinator, so that can be a problem too. I seem to work best when my back is to wall, but I would prefer to learn a far less stressful method of getting things done.

Do you see yourselves directing your own screenwriting?

R: I have already directed one of my own feature length screenplays in the form of The Plans of Man, which was released by Cinequest in 2008. Writing and directing fulfill different parts of me, and I would very much like to direct another of my own smaller stories and sell the bigger budget ones! My nature is pretty insular though, and directing requires a lot of collaboration with others that doesn’t come easily to me. One of the scripts I’m working on now could be made for a very modest sum and so I’m thinking I could slowly work up to it.

M: Not at this point. I feel like I still have so much to learn about screenwriting and I would rather get as many stories out of my head and on to the page as possible. I want to get better at this craft before beginning to consider anything more.

R: My goal is very functional – to make my living by writing entertaining, meaningful and engaging stories that focus on female protagonists. I feel as though women on screen often get short thrift and I’d really love to see more female representations that I can relate to, are believable, and as fully rounded as the male characters!

I also get a great deal of enjoyment and satisfaction helping other people fix problems in their stories, so to continue doing that and getting paid for it would be brilliant.

M: Telling stories for a living is the dream. I would love to tell tales that people could see themselves in while entertaining them. I want to see more stories on screen that women connect with. As a woman who likes precious few rom-coms, I feel that many filmmakers too often underestimate women’s tastes and needs and would like to tell stories that fill in some of those gaps.

R: It’s hard to pick just a single example, but one movie that really stayed with me and thrilled my appreciation of storytelling was Never Let Me Go. I hadn’t read Kazuo Ishiguro’s novel when I saw the film and it managed to surprise and move me beyond my usual level. I love Sunshine and 28 Days Later too, so I really rate Alex Garland as a screenwriter.

M: Alien has so many things that entertain me. I love the pacing, the great mix of sci-fi and horror, the strong female lead that I connected with even at the young age I was when I first saw it. Also, Tarsem Singh’s The Fall is full of beauty – both on the page and on the screen. 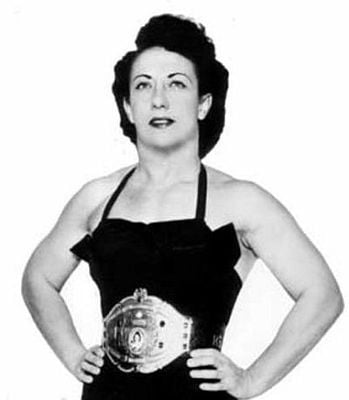 R: Sadly no routines as such. I believe it is very important for writers but the way my life has played out over the past five years has made that difficult. Now that my kids are a little older, I have plans to set concrete writing periods – I know that I need a timetable in order not to get caught up in everything else!

In terms of habits, I absolutely must have nibbles on the desk. It used to be chocolate and that kind of thing, but nowadays it’s more likely to be homemade banana chips.

M: I keep a writers notebook and have found that all aspects of writing do not feel as hard since I started doing that. I’m amazed at how quickly you can forget ideas or snippets of dialogue that come to you. Sometimes I see things in the notebook that I wouldn’t believe I’d put there if it weren’t in my own handwriting. It’s a great feeling when I find an answer to a writing problem I have in there. It’s also a relief to get ideas out of my head, even if it’s just to make room for new ones.

R: Mary has always been my first port of call for feedback, which is why it made sense for us to write Hand Lit Match together. Although she is newer to the writing process than I am, she watches a lot of long-form drama and has a great natural grasp of what works and what doesn’t.
I also once sought feedback from a working Hollywood writer who graciously ripped my work to shreds! It was humbling and painful, but the most useful learning experience in my writing career so far – it taught me so much about story structure and character.

M: Rachael is my number one go-to for all things to do with writing. I’m starting to extend my network to a few select storyteller friends. I find the sharing process difficult, and I am actively trying to embrace the feeling of vulnerability that is inevitable if this is going to happen. Feedback is so important. I now know that I can’t get better at this without it.

R: There are lots of techniques available to help un-stick a story. I often find walking away from it for a few days is helpful and then THE ANSWER strikes whilst I’m in the shower or trying to go to sleep. If the luxury of time is an issue, then I examine the bare bones of the story and work out why the problem is there, and what the character could do differently that would move the story into a new direction. Getting an outside opinion is also very valuable.

M: I have no choice but to step back and do something different. My brain seems to hit a wall and I’m done. Reading and getting lost in someone else’s story often reinvigorates me and seems to trigger the lateral thinking that is often needed to solve the problem.

R: I was somewhat suspicious of screenwriting competitions because there are just so many out there and you’d be bankrupt and foolish to enter them all. BlueCat has a genuine pedigree of interesting stories coming to the fore within its competition structure and then helping those stories get into the hands of the right production teams.

I already knew from experience that not everyone ‘got’ our story so we figured it was definitely worth entering this particular competition. I am so thrilled that BlueCat recognized the potential in Hand Lit Match – I think it could be a very successful mainstream movie.

M: After working for a film festival for years, BlueCat came up in conversation enough that its reputation could not be ignored when it came time to let our baby Hand Lit Match out into the world. Getting feedback is a huge selling point too. Of course, you are never going to really know why your screenplay doesn’t make the cut, but it’s good to see the opinions of others, especially from people who’ve read hundreds of screenplays.

R: It’s that whole inspiration versus perspiration thing. I recall reading years ago that no matter what your chosen area of interest, be it screenwriting or playing tennis, you need to put in ten thousand hours before you’re any good.

I know there are always exceptions to the rule, but generally, writers need to write a lot to improve, just like folks in any other profession. I’ve now been writing for over a decade and have seen how much better each progressive script is, so hopefully, I’ll approach the ten thousand hour mark in the near future!

M: Don’t be afraid to write badly. It stopped me from writing for a long time – fear of the ‘vomit’ draft being seen and judged. It only has to be you who knows it exists, and it feels good to get it out. The first bad draft may well end up being the foundation for something a lot better, and you will soon forget how bad it was.