Life in a Box

A young man struggling with the death of his girlfriend unwittingly commits suicide, condemning himself to purgatory. Now in a world where memories are all that is left, his desire for life is renewed and a desperate fight to escape begins 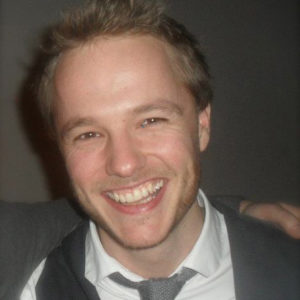 If we had to describe Nick Luddington in three words, we’d probably say ‘dashing, talented, English.’ Of course, then we’d be leaving out that his script Life In A Box won the most recent Cordelia Award for outstanding script from the United Kingdom. So let’s just say that you’re about to read an interview with Nick Luddington, Cordelia winner and all-around good chap.

I have been playing around with a number of screenplay ideas for a few of years now, but only seriously starting writing a year ago. Before this I was concentrating on other writing mediums and had to learn the format of proper film writing etiquette before starting out.

For me I’ve always had these other worlds inside my head, I know that sounds cheesy but for as long as I can remember I would immerse myself in an idea and create whole storylines within it. This led me to writing short stories, a book, short films and eventually into the world of feature screenplays. Without this outlet I’m pretty sure I would have gone crazy, or at least people would have thought I was crazy if I ever told them what was in my head.

LIFE IN A BOX is actually my first completed screenplay, so in a way I feel like I’ve cheated in getting this recognition. However, I am on the verge of completing my second and I have a number of others and two TV series that I’m now writing.

It’s a struggle I’m not going to lie, but I generally try and write late each evening, starting around 10pm. This way I get the quiet and solitude I need.

The planning of a screenplay is something that I always struggle with. You have to be meticulous in the structure of your acts, know the backstory of every character and understand what it is you are trying to tell the audience. However, I’m always over eager. I get this great idea and straight away I’m ready to write the first 15 pages, but unless you take the time to plan, I guarantee you’ll hit a brick wall. I know I have many times.

What do you feel like you do well as a screenwriter?

I believe that I can create a world that engages a reader; submerging them into a story that takes them somewhere they haven’t been before.

Ha that’s a good question! Screenwriting for me is something that provides massive highs and lows, that initial idea springing into your head and driving you to write page after page of concepts and story arcs or the completion of a first draft is truly amazing! However, there are days when you are in the midst of your screenplay and you just don’t know what you’re doing, sure you carded the script, wrote a treatment, but until you start writing you never know where you’ll end up. It is a daunting and challenging thing, but the personal sense of achievement at the end is incredible.

For me Hollywood is all about “tentpole” films, those blockbusters they pour hundreds of millions of pounds into and hope they create a franchise. While this isn’t necessarily a bad thing, as I’ve paid my money to watch a fair few, I always feel that this limits the cinema experience. It is a rare occurrence that I can go to my local cinema and find something truly inspiring or engaging to watch.

Feedback is one of those strange things that every writer needs to make their work better. I know this and actively ask people for it, yet there is always that brief 30 second period when you get criticism where you immediately want to defend your work. As time has gone on I’ve become a lot better at receiving it, swallowing my pride in order to make something I love even better. Without feedback I wouldn’t have got where I did in Bluecat.

Every time someone reads my work I fear that they will come back with a generic “yeah it’s good”. I want to connect with people and create a reaction; if I don’t then I’m doing something wrong.

To sit in a packed cinema and experience an audience’s reaction to my work on screen. Hopefully it won’t be awful.

I constantly play around with new worlds inside my head, re-working ideas, characters and backstories. Above all I continue to write.

Do you feel that life in the United Kingdom has uniquely affected your writing and creative output, and if so, how?

Naturally my life here in the UK can’t help but influence my creative output and give me a certain perspective, but to say exactly how it has been affected is difficult to say. Everything that I write, like all writers, comes from something I’ve experienced, seen, read or connected with; none of which might be British. Writing is an incredible thing that can lead you anywhere and more often than not I use it to go somewhere else other than the UK.