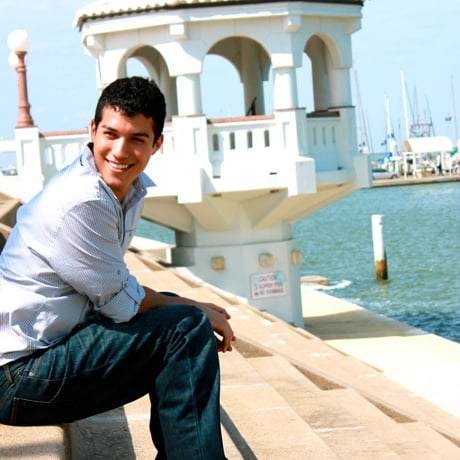 On the eve of their anniversary, while still coping with the death of their next-door neighbor, a married couple tries to adjust to their daughter’s return home, and the truths they learn along the way. 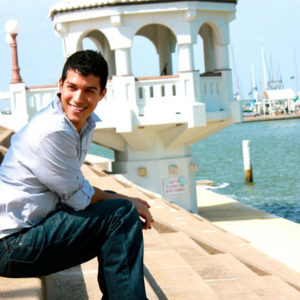 In 2009, right after I graduated high school, I was supposed to enter a pre-dental program (to become a dentist); but something about that decision didn’t feel right. So, I was “permitted” a semester to “reevaluate my life.” I moved to California, lived with my dad, and took classes at a community college; one of the classes I took was an Intro to Screenwriting class. When I was forced to return home, I enrolled at Texas A&M University-Corpus Christi, became an English major, and used my summers to write and study screenwriting with books I ordered online.

Toward the end of 2011, late winter break I think, one of my neighbors accused me of egging her house. I told her I didn’t do it, but she wouldn’t believe me.

Realizing the first draft is the most “human.” I have to keep reminding myself that it’s the most imperfect version of my story, and can’t be considered anything other than “canvas” or framework for the art about to be created. Even if I think it’s the most perfect first draft I’ve ever seen, I force myself to analyze, deconstruct, and reconstruct in as many ways possible.

Eventually I would like to become a film auteur; it seems like a natural progression in storytelling and being a writer. But that would come way, way later in life. For now, prose, poetry, and screenplay writing is enough to keep me preoccupied well through my twenties.

To have a screenplay made into a movie. That way, I can experience the story outside of myself and share the experience with others.

Whenever I have an idea, I write it down in my phone. When I write anything new, I edit for grammatical errors, then show it to friends and family just to see there reaction. Showing my work prematurely motivates me to work harder because I know that wasn’t my best draft.

Who do you got for feedback?

My mom, my sister, and friends.

To be honest, I just take a nap.

When I first started screenwriting, I would write, only edit for grammatical errors, and enter those pieces into contests. (I didn’t want to become one of those people who wrote and were too scared to share their work with other people. But I must say, I don’t recommend doing that. Contest fees add up. Use friends and family.) During that phase, I entered BlueCat. When I got feedback, I was surprised by how thorough they were and how carefully they read the piece I submitted. I found that script the other day; I couldn’t even read it.

Humble yourself. Learn how to take criticism lightly and constructively.