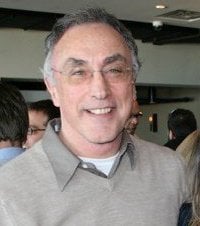 One Night in Asbury Park

A local teenage girl with nothing and nowhere to go meets a visiting foreign student in a rockin’, early 60’s dance hall. Their love clashes with the lethal rage of a jealous boyfriend.

When did you start writing screenplays? Why?

A friend of mine was writing a play while I was working on my Master’s thesis in Florence, Italy in the mid ’70s. What he was doing seemed like so much more fun, so I put away my thesis and we started constructing a crazy ‘Commedia dell’Arte’ farce together. The play was later produced in a little art house theater in Santa Cruz, California, which really surprised me. I’d never even considered writing as a possibility before that. I went on to write a few other plays, some one-acts, that made it into festivals in San Francisco and New York, but in the back of my mind, I knew I would venture into screenplays sooner or later. Although I really appreciated how a stage play would ask the audience to bring its imagination into the theater, freeing up the playwright to concentrate on words and ideas to tell the story, the visual power of the movies eventually won me over.

Where do you currently reside? Where are you from?

I seem to have come full circle in my life. I was born in Rome, Italy. When I was about two years old my family immigrated to a little town on the Jersey shore near Asbury Park where I lived for about twenty years. After another eighteen years in California and a short stint back in Jersey, I returned to Italy. I’ve been living here with my family for the past sixteen years.

What is your experience writing in English in Italy?

Well, if you know anything about Italy you know nothing is easy. At first, I thought of finding an Italian agent and trying my luck with a fast-paced comedy I’d written earlier in my career. I found an agent, but the Italian film market was struggling at the time – and still is – so nothing came of it. I even translated it into Italian. While I was living in a little hilltop village near the Umbrian foothills I became interested in the Etruscans, an indigenous people predating the Romans. Inspired by the exploits of some of the locals, I wrote a crime drama about a young American man lured to Italy in search of illicit Etruscan treasure. I actually acquired an agent in the States on the strength of that screenplay and have remained more connected and attuned to the American film industry ever since.

What is your professional experience as a screenwriter in Italy?

Since I write primarily in English my experience in the Italian film world is limited. I’ve collaborated on projects slated for Italian TV and ran screenwriting workshops, but as I mentioned earlier my focus is mostly geared towards the States. I should also mention that the opportunities for a screenwriter in Italy are quite restricted by what I guess you’d call an auteur’s approach to film where the screenwriter is often viewed as simply someone who transcribes the director’s ideas onto paper. Currently, I teach Italian theater and film as well as screenwriting at The American University of Rome, which has been my ‘day job’ for the past fourteen years.

What’s the current status of your project? Working on anything new?

After winning the Joplin Award at Bluecat for my dance drama, One Night in Asbury Park, I immediately got some attention from a manager in L.A., TJ Mancini at Crossroads Entertainment. The script is making the usual rounds, and I’ve got my fingers crossed. I guess TJ liked how I handled the location, time period (1964), and some of the shady characters in the story because he has since commissioned me to work on a crime drama based on a true story about a Jersey street kid who becomes a sports legend in the late 1960s, but whose wild lifestyle and ties with the Mob bring an abrupt end to his dreams. I’m also putting the finishing touches on a psychological thriller, Joyride, which has received some pretty encouraging notes but could use a polish.

What are your goals as a screenwriter?

I realized a long time ago that I wasn’t doing it for the money, or even the potential of striking it rich. I suppose you can say it’s more a matter of mental and emotional health than of wealth. I’d like to be able to work as hard and as unrestricted as possible on what inspires me, and to tell the stories I feel rumbling around in my head.