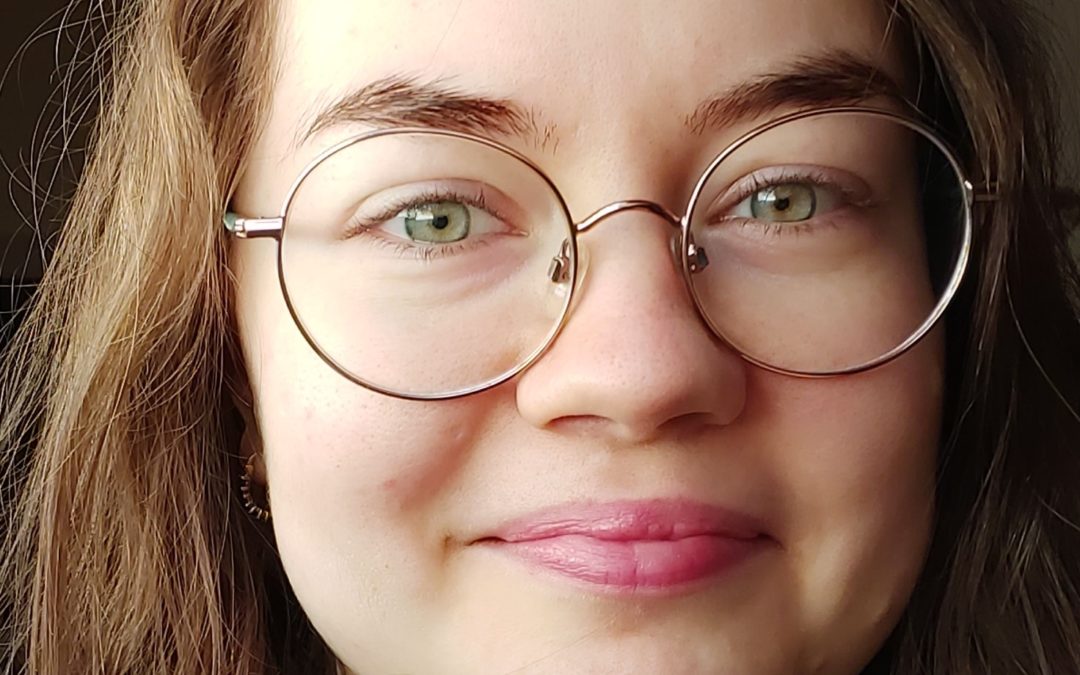 A suicidal reporter becomes the object of a serial killer's affections. 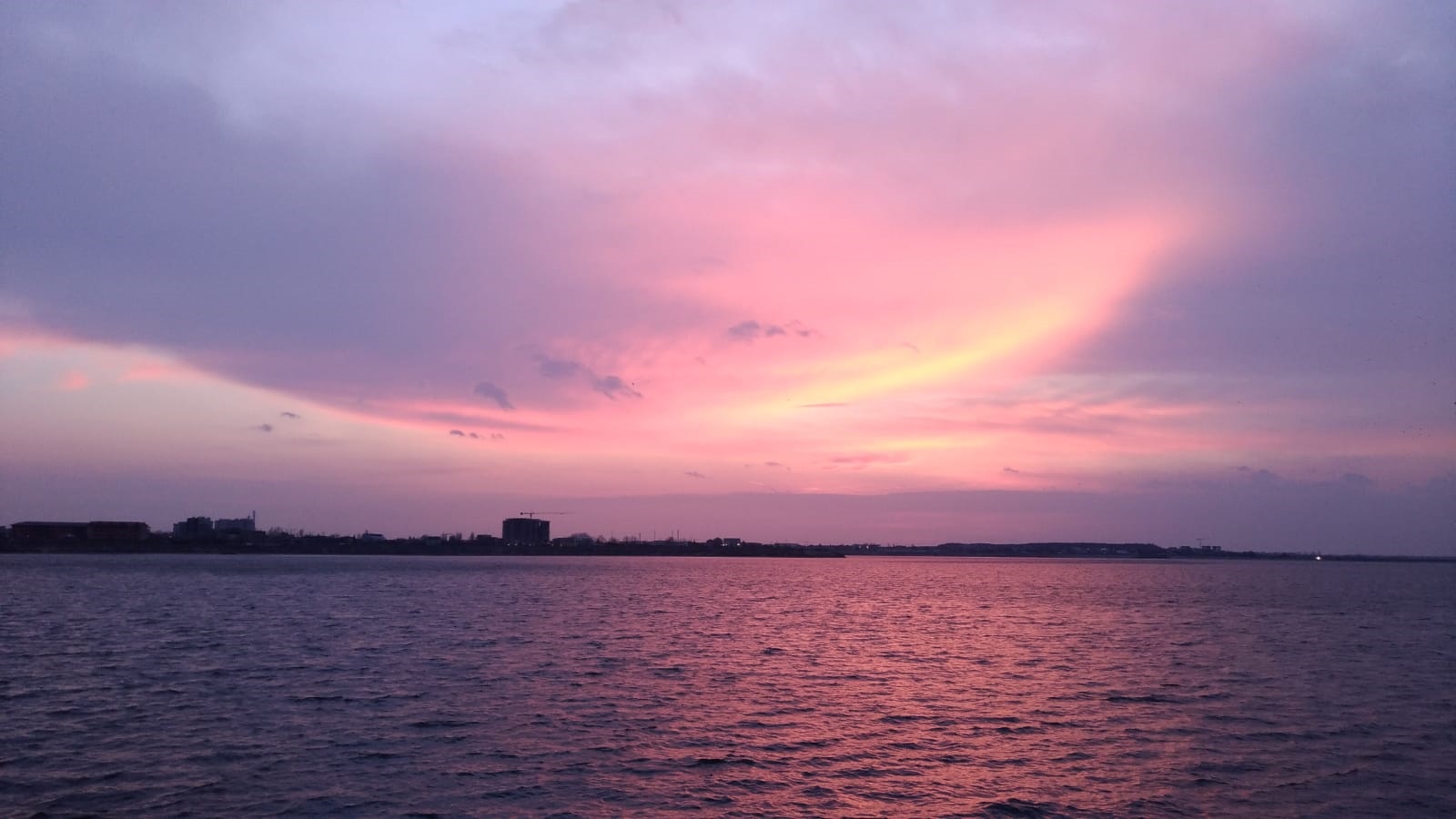 I grew up in a small town in the Middle of Nowhere, Romania, where, for most of my childhood and teen years, I was left to my own devices. That consisted mostly in devouring any kind of media I could get my hands on, first on TV and then on the internet. It’s pretty much how I learned English: I watched cartoons in English over and over so that, by the time they were aired dubbed, I already knew all the lines and made word associations – I always over-complicate things for myself. At some point during my high school years, while I was just following along the beaten path of all who came before me (get good grades, study for the final exam), I realized I didn’t know where I was heading. I’m a firm believer in finding sparks, doing the things you’re passionate about for a living, and following your calling, but at the time I had no idea what my spark or my calling were.

I stressed about it and tried to find a logical future for myself taking into consideration my “unique” skills and interests: I could pretty much name any actor on TV like some kind of humanoid IMDb, I read a lot, and dabbled in some fanfiction writing. Everything else I was relatively good at was something someone else would be better at, so that was a no-no for me.  It was only after randomly being hit with an idea I slowly realized could be turned into a TV show that I even indulged in the thought that screenwriting might be my thing. After milking that first idea for everything I could, churning out seasons-worth of story, and growing more and more passionate about writing, I decided this was my end goal.

It took a lot to keep going though: I had to convince my family to let me pursue this, leave Romania and move to the UK for university, adapt to a new country and the distance from home, work my chops off to improve my skills, and deal with a lot of frustration and doubt (“I’m not actually a good writer, I wasted time and money pursuing something I’m bad at, I’ll never be as good as X or Y, I should just give up now”). I’m still pretty much dealing with all these things, but I’m a stubborn little bastard, so that’s kept me going till now.

Despite all the obstacles, I graduated from the University of South Wales with a 1st Class Honours BA in Scriptwriting. Uni not only honed my skills and passion when it came to writing itself, but it helped me branch off on my own in search of opportunities and made me discover a new interest: producing. Although my #1 is still writing features, I’ve dabbled in making my own audio plays from scratch as well as a few transmedia experiences. I also organized, along with a course mate, a 3-night festival, Underdog Scriptwriting Festival, where our course got to showcase our work to industry professionals. Producing is a different kind of art-making, but one I love nonetheless and hope to gain more experience in.

Since graduating, I’ve done some script supervising work for It’s My Shout (where I was nominated for script supervisor), interned for Yello Brick (which kickstarted my love for transmedia projects), and created my own service for writers called Good Donut Writing.

Good Donut Writing started out of my acknowledgment that a lot of good writing comes from having a good editor, a professional who knows how to evaluate your work, someone to bounce ideas off of, someone who can help you when you’re in a stump and offer insights into how to better your script. I’m also adamant that someone like that shouldn’t ask for an exorbitant amount of money for their help, and most importantly, that someone also has to be a writer to fully understand the writer’s perspective. With my script editing skills acquired in uni and my experience working with an actual script editor, creating GD was a no-brainer. With it, I tackle stuff that ranges from proofreading and script reports to full editing services and help at every stage of development, including daily inspiration posts to get your imagination going.

I pride myself with being a woman of many talents, or at least of many interests. I’m very eager to learn everything I can about every aspect of storytelling and the film industry especially, with the goal of becoming a well-rounded artist. More than anything, I want to bring something new and creative to my projects and the industry and will continue to work hard to achieve all that I put my mind to. 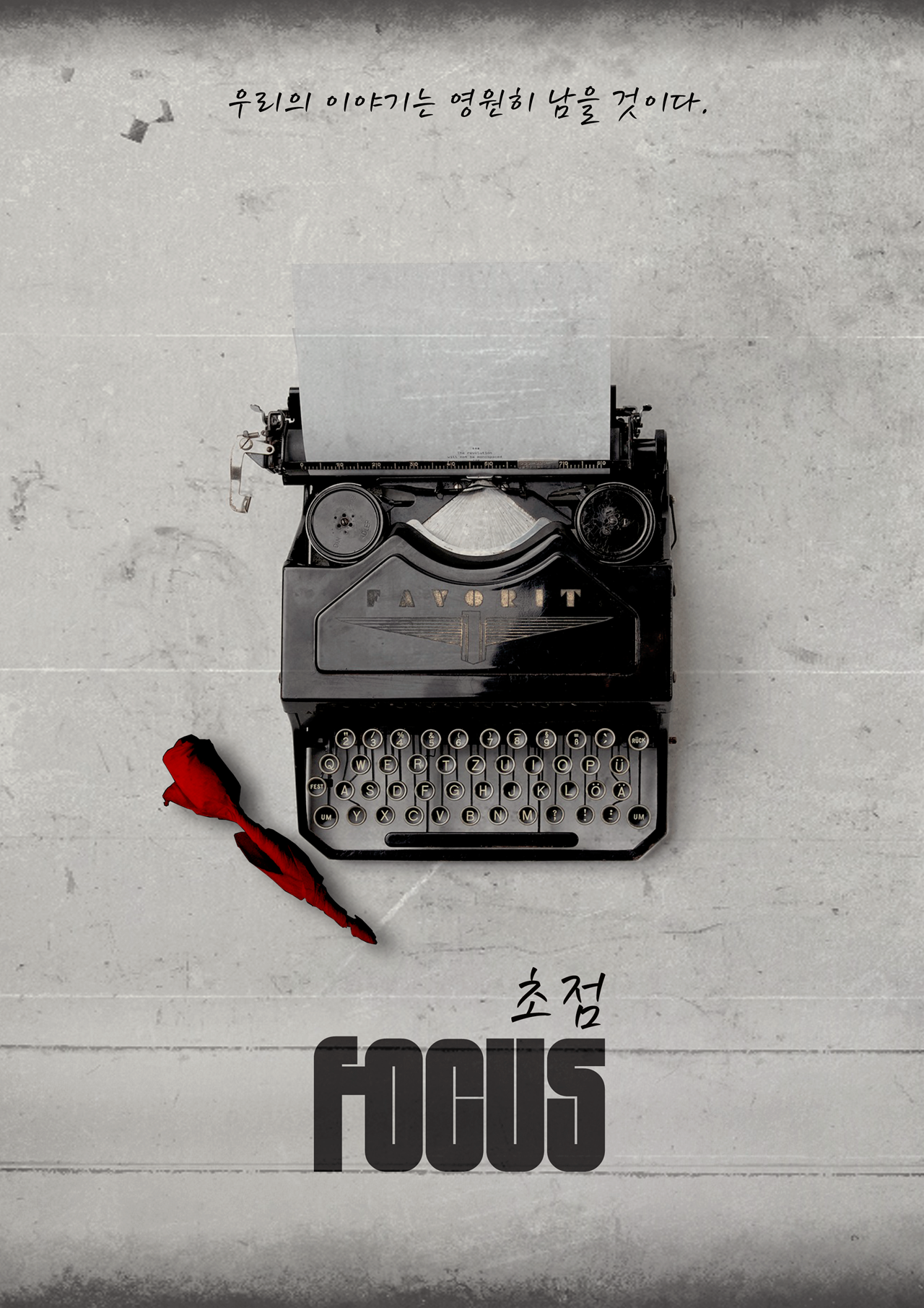 Creating “Focus” was a journey in itself. It started out as a passing thought that was interesting enough to write down but nothing else. A few days later, Move – a song by Korean artist Taemin – came out, and as I was listening I immediately thought about the idea and how fitting the song’s vibe was to the story I was visualizing. Because of that song, I began diving deeper into the story.

I’d become interested in Korean media (music, films, dramas) and the culture a few months before, and even begun learning the language, so my new passion combined with Taemin’s muse-like effect on me were the building blocks of “Focus”. Oddly, as different as they are, South Korea somehow reminded me of Romania, and considering my predicament at the time – alone, far far away from home – I’d sort of latched onto Korean media as a comfort. It dulled my loneliness and homesickness and, as proven by “Focus”, jogged my creativity to new limits.

More than anything, I knew I had to write about something I knew, something I could understand and relate to, but I refused to limit myself to just that, which is why I chose Anyang as a setting. Some parts of it resemble my own home, but it’s different enough to push me outside my comfort zone. I did a lot of prep for this project, especially as it ended up being my final major project for uni and had to be perfect. It took months of researching the time period, the locations, the country and the customs more thoroughly than just as a casual interest, because as a foreigner I wanted to make sure I wrote this story properly and accurately, and I wanted it show my appreciation and love for Korean culture.

The next obstacle came in the way of essence. It just didn’t have any. Try as I might, I just didn’t feel anything for it in its initial stages. I had other ideas I could’ve done for uni, but somehow I was hung up on this, and despite being told it was too ambitious of a project and I might not pull it off, I insisted I continue working on this. I ended up doing character work and plotting stuff for months, going through outline after outline after outline, changing names, professions, taking characters out, putting characters in, until eventually, I figured out what “Focus” actually needed: a piece of me. Until then I was so focused (pun unintended) on making a cool story I didn’t even think about what I wanted it to say and the emotions behind the actions. Once I began to relate it to my own thoughts, feelings, and frustrations, it began to truly take shape.

I expressed my own solitude and pain through Seo Joon, stripping him of a home, a family, and of anyone who could understand him the way he needed to, questioning his skills as a writer and purpose in life. He took my sorrows further for the sake of the story, but what he was feeling was real, and so was he. Of course, action-wise is where we parted ways, but that’s where the fictional stuff and the murdery bits came into the picture.

His falling in love with Yul was me shamelessly stealing more from real life, as we found ourselves in the same predicament more or less (the object of my affection is thankfully not a serial killer though), and I thought it would be interesting to dive into what falling in love means and how it felt. A lot of the non-shady things between them are adapted from real life because I found myself giddy and excited to see how I’d be able to turn real events into things that could conceivably happen in my story setting. Having someone real to base Yul off of was also extremely helpful. I also considered it important to make note of Seo Joon’s struggle with attraction: it’s not that he’s never felt it for men, it’s that he’s never really felt it ever. The fact that he does it now, and only for this one person, is very personal to me, and it served as a sort of outlet for my frustrations and experience with always feeling like the odd one out when it came to relationships and attraction.

“Focus” is the first feature-length script I’ve ever written, so as far as firsts go, I couldn’t have asked for a better one. It taught me the power that putting your heart into something has. It went from an average story to a project I was incredibly proud of, which earned me my 1st Class Honours and valuable, motivating feedback from both my peers and professionals. It is the story that turned me into a professional writer and gave me the confidence to show my work to other people. It’s so dear to me that I ended up writing two companion pieces: “To My Star” (a transmedia piece which was shown during Underdog Scripwriting Festival, a love letter from Seo Joon to Yul three years after they met) and “Snapshots”, another transmedia piece delving into Yul’s life from childhood up until he meets Seo Joon. Both of these pieces are up on GD’s website for any curious eyes.

In the end, the essence I was so desperately looking for was love. After all those months of overthinking and over-complicating plot and story, the premise ended up simply being “escaping loneliness by accepting love,” which was something both Seo Joon and I learned together. The murders are just there for a lil’ spice.