The story of a woman who has shut herself off emotionally from the world around her for unknown reasons. 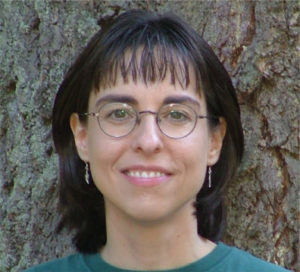 I’m a writer/director from Seattle, Washington.  However, up until a few years ago, my career was in international relations and conflict resolution, in which I have a graduate degree from Syracuse University.  I have always felt a strong calling toward film though, so not long ago I decided to embrace it.

After dedicating myself to learning the craft of screenwriting, in 2010, I submitted a short script to a New Zealand filmmaking competition and my script was chosen as a finalist by a panel of renowned filmmakers, including Academy Award-winning producer Barrie Osborne (“Lord of the Rings”, “The Matrix”).  As part of that competition, I was flown to New Zealand, given a budget and crew, and directed my short film “Something Special”.  “Something Special” went on to have a very successful run on the film festival circuit, including a recent screening at the Cannes Film Festival and was broadcast on the Pentagon Channel.

While I decided to learn the craft of screenwriting as a way to test the filmmaking waters, what I found to my vast delight was an immense love for the craft.  Film and screenwriting specifically provide a unique way of expression and storytelling style which I connect with strongly.

My short script “In The Silence” is the story of a woman who has shut herself off emotionally from the world around her for unknown reasons.  As a way to keep everything at a distance, she surrounds herself with the noise and distraction easily provided by modern technology.  She also works in a noisy fish packing plant where she dissects fish with clinical precision and lives out of her car.

One day she encounters a young boy who appears similarly cut off from the world but in his own way.  Through a series of events, they form a tentative bond and are eventually forced to let down a bit of their guard and start to open up to the world again.

Where did the inspiration come from, behind this story of a woman who works in a fish plant?

Part of the inspiration for this story came from observing how, through the conveniences of modern technology (smart phones, mp3 players, etc), most of us these days unintentionally keep the world at a distance.  Just walk past a restaurant and you can see people sitting together at tables but absorbed in their smart phones or people walking down the street listening to mp3 players and ignoring the people and activity around them.  This new phenomenon inspired me to think about how a person could use modern technology to intentionally shut out the world.

The main character, Sarah, definitely has a strong personality from the beginning; tell us why you chose to go that route.

I wrote Sarah as a strong character because it seemed to me that, despite the fact that she is basically hiding because of some traumatic past event(s), it would take a strong person to choose and maintain this form of isolation from the world.

How old do you see Sarah being?

I see Sarah in her 40s.  She is someone with enough confidence gained from life experience to believe she can control her life, but has also seen too much to feel she can recover or start over from whatever traumatic experience she has been through.

If you were to continue on with Sarah’s story, where do you see it going?

One thing I love about the short form is that you don’t have to see where it would go next.  You can give an audience just a glimpse into someone else’s life and leave it up to the audience to imagine what might happen next.

What about with the young boy?

I am currently in the middle of several projects including new scripts, a couple editing projects, and a script-for-hire job in which the feature film is now in pre-production.  I am also in talks with a couple writers about potentially directing their projects and I’m strongly considering making “In The Silence” as my next short film in the near future.  I plan to direct my first feature film in the not-to-distant future from a screenplay I am currently refining.