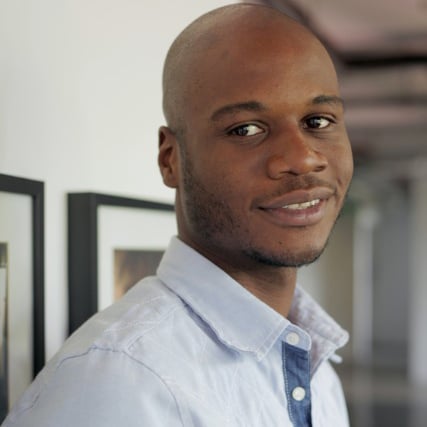 Yeo, a senior citizen security guard stuck in a perpetual state of mourning his wife and son, meets a neighbor girl and soon finds himself in the middle of a Singaporean underworld, attempting to expose the murderer of the girl’s cat. 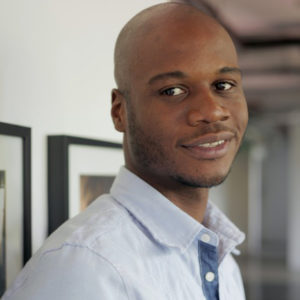 I attended Howard University for Theatre Arts Acting while I worked on my illustration portfolio. Once I completed it, I transferred to the School of Visual Arts where I studied cartooning. In a mandatory sculpting class, I chose to shoot and edit a PSA condemning illegal drug use. Don’t ask how my final in a sculpting class ended up being film-based. I guess it had something to do with sculpting character physically and through digital media. Yep, that sounds about right. I quickly fell in love with storytelling and decided to change my major to film. I struggled financially while attending SVA, which led to me taking semesters off. During my hiatuses from school, I studied films and wrote a lot. It tickles me just thinking of those old stories and where I was in life. I came back to school as a film major with a concentration in screenwriting. I also came back with tons of stories. In between enrolling as a film student and graduating, I worked at a supermarket where I was the only employee who didn’t live in a halfway house, gutted abandoned houses for a garbage removal company, performed pieces written by youth inmates, and worked as an editor in advertising research. All of these moments and beats stuck with me and found voices through my characters and stories.

I am currently studying dramatic writing at New York University Tisch Asia, a two-year graduate program based in Singapore, and will graduate in May ‘13. I uprooted from New York and came out hoping for the best. The beginning was rough. When my first semester began, I had been living in a hostel for a month, and was searching for a permanent place to live. That type of stress altered my sleeping pattern. I’d wake at four to five am and jump rope in an alley. Same alley, same time for over a month. I’d see the Singaporean elderly heading to work. Some even dug in the dumpster next to me for cans and bottles. I skipped rope, and they went to work in what seemed to be slo-mo. In 2010, Singapore had the highest percentage of millionaires in the world. It also has a huge population of stray cats, some of which watched me workout daily. I couldn’t help but wonder what it felt like to be advanced in years while living in a society that champions its wealthy youth. Out here, age forty is old. My protagonist ended up resembling the faces I saw every morning. I kept thinking, “They aren’t done yet. There’s more to be had.” While I thought of that, cats watched quietly as I screwed up the count of my rotation.

Staying focused on the transition from thought to outline to beat sheet to first draft. It’s rare to sit back after a first draft and think, “Geeze! That’s exactly how I visioned this story to unfold when I first thought of it.” That just never happens to me. Even a second and third draft have identity crises. Being patient yet diligent. That’s the hardest part.

When I first started writing, I knew I wanted to direct. At the time, directing meant having grey hair. I’m balding now, so I guess there are other requirements for holding that position. I’m in no rush. There’s so much to learn about the progression of story and character. I think I’d have to write a very special script to serve as my call to action.

I want to be a showrunner on the SyFy network, head writer for next-gen video games, and a working screenwriter. Honestly, I don’t ever want to have a desk job again. Give me work writing and I’ll do the best job that I can. Ultimate goal? To write scripts for a living. FOR-E-VER!

Wu Xia. It’s a martial arts film in the vein of A History of Violence. This film opened my eyes to viewing the protagonist and antagonist relationship in a completely different way. There are no bad or good guys. There are people who change, and people who don’t, and a mess of mistakes to be made. The film slapped me in the face and dared me to care for my antagonist. The result of that is the character Wan in A Cat’s Tale.

I write at night. I used to write ten pages a day. Now, I write less than that but document more of what I’ve learned in life day to day regarding my current story and characters. I also try to keep aspects of my approach to constructing stories open to change. I’m currently in the circle diagram phase—I view story and each character as individual circles or bubbles. It’s fun rotating and flipping before combining them. I tend to find living versions of characters. It’s fun, so I don’t force it, but meeting people and scratching their surfaces is a must for me.

My close friend, Seaton Smith is a writer/comedian/actor. We’ve been giving each other feedback for over ten years. We find ways further our stories by not holding punches and by trying to remain sensitive to works in progress. We tend to throw questions until one of us taps out. Our conversations have evolved greatly. Funny thing is we’ve never co-written a script.

Crap it out. It’s not really stuck if I’m holding it in, waiting for it to take shape. That’s me being stubborn. My thesis is a 60-min sci-fi pilot. I wrote a 50+ page first act! I was so stuck but couldn’t stop writing. Eventually, I started over and hit my page mark for that act, but I knew more about the direction I wanted to take. I sifted through the muck for cherry picking… And of course I went to my mentor, B. Mark Seabrooks, complaining about how my iPad and pen weren’t getting along.

I first entered the competition back in 2007, and I reached the quarterfinals with my dark comedy, “In Only Seven Days”. The feedback I received helped me further shape the story that I wanted to tell and also gave ways for it to be more digestible for an audience. You guys and gals give solid feedback! That’s why!