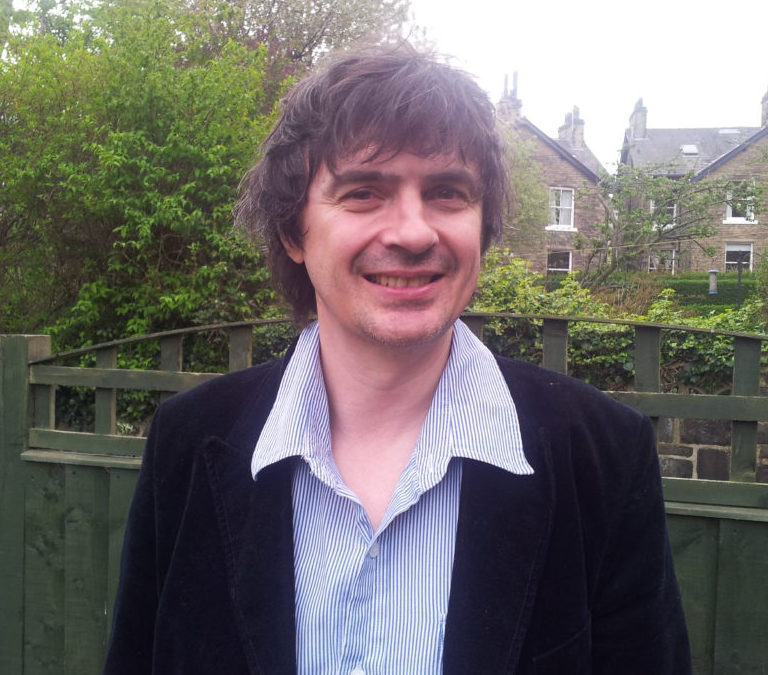 A cosmetic surgeon's life starts to unpick at the seams after he accidentally ruins the face of a celebrity client. 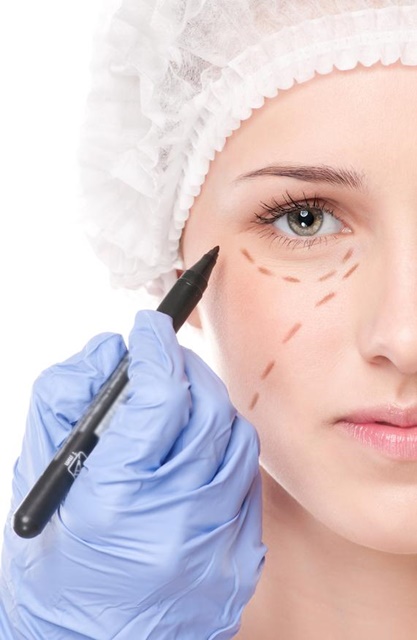 What was your first script and what lessons did you take away from the experience?

I studied for a degree in Scriptwriting for Film and TV in the 90s. I had a wonderful time and met some great like-minded people, but I didn’t like the feature I wrote and ended up falling into a career in IT, which became all consuming until fairly recently. I always kept a notebook, however, and at the fag end of holidays I would find myself beginning to scribble notes.

After the birth of my children there was a sea change in my outlook. I had stories I wanted to tell and it was a long held regret of mine that I hadn’t given the writing a real go. How could I encourage my children to pursue their dreams when Daddy gave up so quickly?  Face to Face was written 15 years after my first attempt at a script.

I have since written another feature, Angel in the Marble — which is more narratively driven (Face to Face probably leans more towards character study), a 14 page short, and I’m currently working on a TV pilot.

Face to Face is about a cosmetic surgeon facing loneliness, a burgeoning relationship, and a difficult father. Can you talk a little bit about how you approached the themes and how you came up with the idea?

Face to Face riffs on the themes of loneliness, vanity and our modern obsession with physical restoration when it is, perhaps, spiritual restoration that is most required. The themes, however, didn’t emerge at first. The first mental snapshot I had was while commuting into work one morning. I was either hung over or feeling unwell, I can’t quite recall, and I thought to myself I just don’t trust myself to touch the live systems today. Out of that flowered the notion of “what if I had a job where the consequences wouldn’t be just commercial?” The image presented itself of a sleep deprived cosmetic surgeon, trembling with a scalpel beside an angelic faced celebrity.

One can imagine that the characters of Face to Face, especially Simon and Wyona, would attract some great acting talent. Do you write with specific actors in mind? If so, who do you imagine in the main roles of Face to Face?

When I conjure the characters initially, I tend to take many different facets of people: people I know personally, through the media, through literature, through my imagination, and I create a composite character. I think you end up with richer, more compelling, internally conflicted characters that way. For the jigsaw pieces to create a convincing whole, however, the pieces must also have complementary characteristics.

Although I didn’t write with specific actors in mind I hope that the central characters can attract great acting talent. The characters are layered with inner turmoil and a skilled actor could really mine that material.

Face to Face is set in London. You do a great job of giving the reader a real sense of place. How important is a story’s location for you in your writing?

I’ve never lived in London but have always been fascinated with it. What fascinates me is probably universal to most major cities — they are naturally cinematic. The cityscape at night; buildings spearing into the sky studded with squares of light. To me, every square of light represents a story, somebody behind it, living their life with all of the complications and variants of fortune that that entails. Also the paradox that, despite the densely packed populations, there is often a sense of loneliness in the big cities, which is a key theme in Face to Face.

Do you have a certain page count you like to hit every day?

When I have finished the plotting and character sketches, I try to hit five pages a day. Although this sometimes eludes me, it’s a marker in the sand I try to hit. Sometimes if I have a difficult scene I’ll sketch out what the scene needs to achieve in terms of bridging the narrative, character insight, etc. I lay a deal on myself — make this scene and your evening glass of red will be deserved.

In the past couple of years I have made real sacrifices in order to give myself the room to write. Taking ad-hoc work that would fit in with my writing rather than the other way round.

The story and, often more so, the themes underpinning the story are what motivates me. Often the scenes mutate into something you didn’t expect. Sometimes your unconscious gives you a gift and sometimes it doesn’t work and you have to scrap it. But there’s an excitement in that and I find it a motivation.

I use index cards. I’ll beat out the plots and sub-plots on cards and blue tac them to the wall. I hang coloured string vertically to represent the structure. I tend to love narratives with a strong midpoint, where the protagonist undergoes a shift in their value system, often through a big decision. So the midpoint, for instance, is a vertical piece of string with a card tac’d to it.

I’ll colour code the index cards for things like themes, such as the theme of restoration, which I’ve tried to marble into Face to Face, or a motif, such as the pork one I employed to symbolise Simon’s anxiety.

Know where you’re going. Get the skeletal structure of your plot in place. Know your characters to the point that you don’t write them, they just talk to you, given the context of the scene.

It’s the kind of question I don’t feel experienced enough to answer with any authority. However, I’d recommend entering the major competitions like BlueCat. The industry gatekeepers are all too willing to show the hand to new writers. You need something to validate your talents for them to give your work a chance.

What drew me to BlueCat was that they were globally respected and offered feedback from two different readers on your full feature script. Face to Face is quite a slow burn narrative; it plants seeds which, hopefully, carry an emotional pay off later. I’m not sure it’s suited to a 10 page skim. I felt reassured that I’d be getting two different perspectives on the whole piece of work in the first round of judging.

For an entire body of work I would have to say Woody Allen, for his humour, character insight, and professional longevity. British screenplays I adore are John Hodges adaptation of Irvine Welsh’s Trainspotting, Bruce Robinson’s Withnail and I, and an often overlooked gem is John Boorman’s script for Hope and Glory which moves me to tears every time I read it.

Once I hit the writing stage of a screenplay I don’t really suffer from writer’s block, or haven’t yet. I write plenty of scenes I don’t like, and ultimately reject, but for me, if I keep writing a scene that doesn’t chime right it suggests a fundamental plotting issue or lack of dimension within the characters.

What is it about screenwriting that drew you in?

I always felt comfortable in whatever antechamber of the brain you go to when you write creatively. Even as a kid, I’d emerge from the concentration of writing feeling refreshed, as opposed to other mental disciplines which seemed to have the reverse effect.