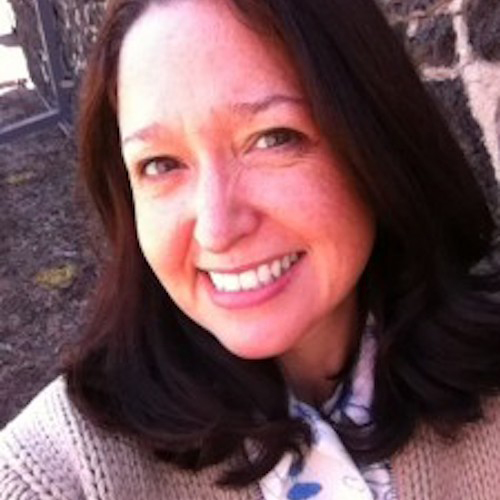 A young Native American comic book fan faces his life and fear of dancing with the help of his superhero alter ego. 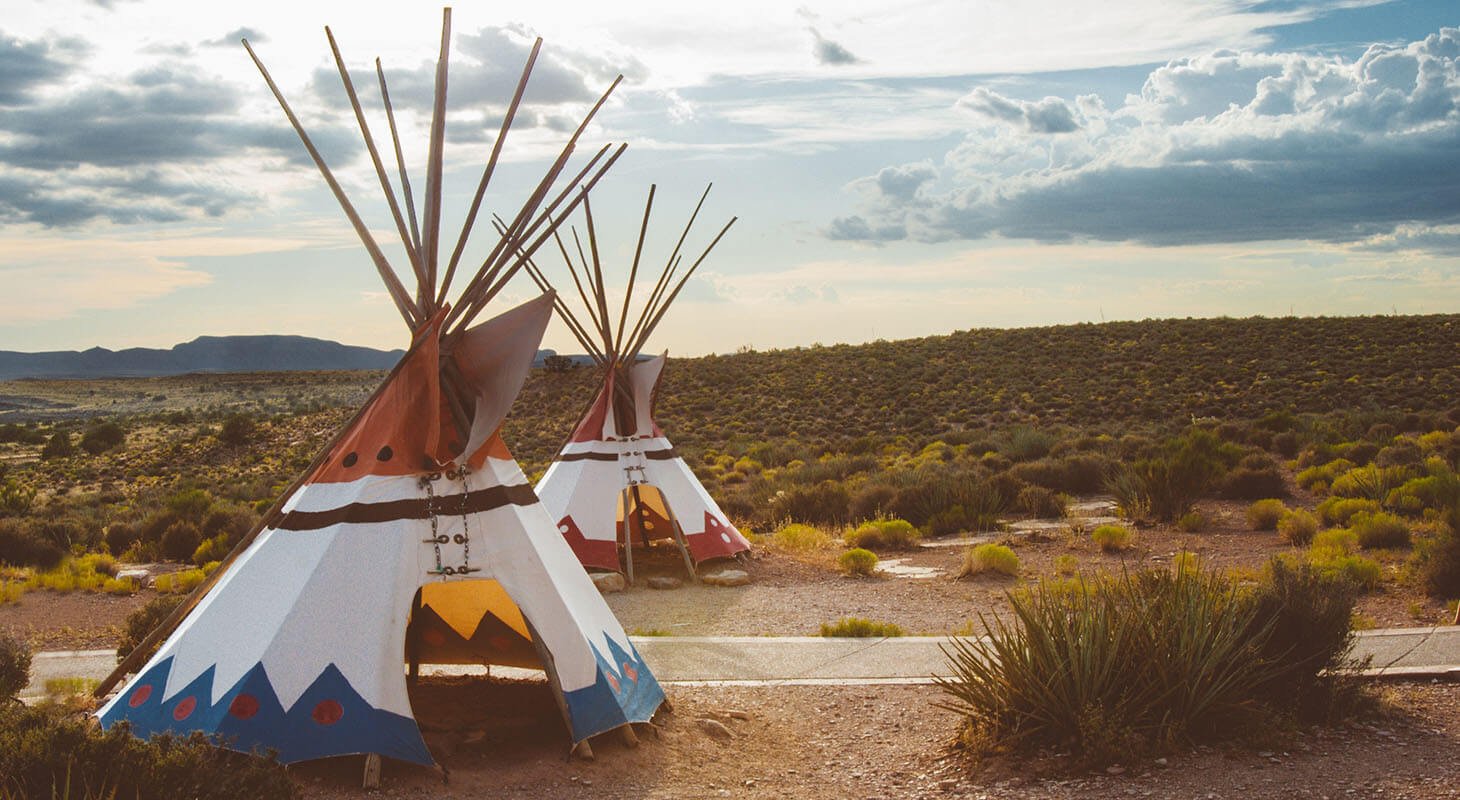 It was refreshing to read a story that takes place in this world. What was your goal in telling this story?

Waabooz is set on a reservation – my reservation to be exact. I’ve only written one other script about my culture because I wanted to make sure that I could establish myself as someone that writes about all kinds of people, not just Native Americans. I knew when the right story came along I would know and Waabooz was definitely the right story.  I spent my summers on the reservation and it’s not only visually stunning but there’s a mystery about it like any small tight-knit community. It’s a world that few people have access to but filled with an amazing sense of pride, people and history.  My goal is to pull back the curtain a little and let you see the beauty and vulnerability that filmmaking can bring to a setting and a character.

After reading a couple screenwriting books I knew I needed a compelling story to start practicing and learning my craft.  Luckily I had a fantastic storyteller in my family, my grandmother, who inspired me to write about her childhood growing up in a government run Native American boarding school. Her story was tragic and emotional and exactly what I needed to stay connected to my script and feel like I was honoring my culture along with learning how to also be a competent storyteller. I continued to work on that script, Beaded Road, and came back to it the more I learned from each subsequent script. It taught me not to give up on a good story and wait until you’re good enough to do it justice.  After thirteen years, it remains my favorite script.

With Rabbit, the main character of Waabooz, you do a great job of creating a realistic and complicated kid. It’s rare to come across a child character that seems so life-like and relatable. Can you talk a little about creating this character?

Wow, thank you so much! I feel like I cheated because I have three boys and writing character is all about observing so I’ve been a captive observant of kids for a while.  Rabbit is a twelve year-old Native American growing up on an isolated reservation in Northern Wisconsin. Like a lot of kids his age he loves super heroes and spends his time drawing and imagining his own alter ego super hero, Waabooz (which means “rabbit” in Ojibwe). My goal for all of my characters is to humanize them.  Rabbit could be any child in any setting, it doesn’t matter that he’s Native because he’s just a kid with family problems and peer problems and his own self-image problems.  He escapes through his own imagination and creativity and super heroes! We can relate because we’ve all been there.

What made you want to be a screenwriter?

This is one of the most embarrassing questions that I get asked and I’ve come up with many alternate realities to the truth.  I’m going to come clean with you.  I watched the first episode of Project Greenlight on HBO and being a stay at home mom in the Midwest, I got caught up in the idea of a regular guy being “let in” to Hollywood. I wanted Matt Damon and Ben Affleck to invite me out and be my friend and we would all hang out and be buddies. The only thing stopping me was the fact that I’d never written anything in my life.  Screenwriting didn’t really call me; it was the promise of deliverance from being a desperate housewife. Don’t tell anyone.

We all make time for things that matter to us.  Passion should not wither on the vine, if it does you’re not that passionate about it.  When I started I had three little boys under six running around me constantly. I wrote three scripts a year during naptimes, playdates and “go the park with daddy” time.  I was tired and stressed but I was doing what I loved when I could.  Now my kids are older and I’m pretty spoiled with time.

How do you attack a day of writing?

Unless I’m really into a draft, I generally don’t write every day. I breathe a lot between scripts. A good day is about five to ten pages. I’ve had a couple twenty-page days but I don’t recommend them.  My attention span is only a couple hours so I’m pretty efficient.

Can you talk about the themes you wanted to discuss in Waabooz, as well as how you came up with the idea for the story?

I stumbled upon the work of a Native American comic book artist (Jeffrey Veregge) who does amazing work conceptualizing and blending his culture with contemporary super heroes (you should check him out). I started thinking about what he might have been like as a little boy and how someone like him might deal with not only the problems that a lot of kids face, like bullying and peer pressure and anxiety, but also living on a reservation with a different culture — which presents its own perspective and challenges (like poverty, family dynamics and isolation). One of the major themes I explore is bullying and rather than preach to the bully about it, I wanted to empower the victim and give him the things he’s familiar with and comfortable with (art, imagination, story telling) and use those tools to confront and deal with bullying situations.  Because elders are a large part of the culture and the people that we look to for guidance and answers, Rabbit’s grandfather delivers the final piece of the puzzle to help his grandson overcome his obstacles.

I’ve written fourteen feature-length scripts and have never outlined. I think about a script a lot in my head before I actually write but my process is pretty simple, I just write.

For me getting THROUGH something is just that. It’s like going to the dentist, there’s the dread and the big build up and you’re in that chair with those smells and the sound of some kid bawling in the room next to you and you honestly think you’d rather be anywhere else doing anything else at that moment. You just have to put your head down and plow through and get to the other side and make your appointment for six months later… maybe eight.  Go back to what excited you about your story in the first place. If you can’t feel that excitement two months or four months later, it’s time to think about a new story or a new direction.  You only really stop when something’s not working, so figure out what that is and fix it.

I prefer white wine over red.  Get far away from it, take a break and start the rewrite in a week or two. Do not give it to your mother – or my mother (she’s a book editor and will take you apart and make you cry).

Do you ever get writer’s block?

I don’t believe in it or give any energy to the notion of it.  When you believe it exists it’s an excuse to not write and then you label it and stress about it and tell people you have it and read books about it.  I had it once and it overtook my life and turned into this invented monster.  The minute I decided that I was wasting so much time trying to cure it and that it was stupid I just started writing and I’ve never been blocked since.

I entered my short in BlueCat simply because it’s hard to find a good contest that gives short scripts the attention they deserve. Not all competitions have a category for shorts and nobody has a prize like BlueCat. I felt this script could do well and I wanted to take a chance with it. I’m glad it paid off.  We hope to shoot Waabooz this summer and the exposure of being a BlueCat finalist means a lot.

Right now I’m really into local screenwriter Matt Stenerson, who wrote Death to Prom  (and I’m not just saying this because we’re working together as co-writers on a project).

There are no better words than FADE OUT.  The only way to get through the second act blues is to remember how great that feels.  If you have a story that needs to get out, you’re the only one that can do it and do it right, so just get it done.