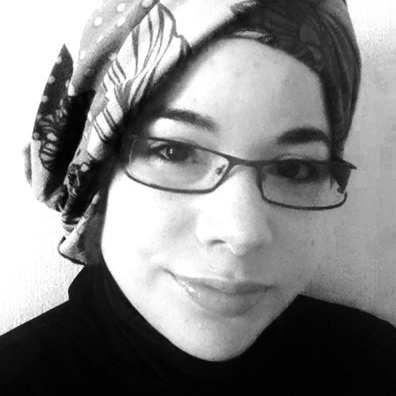 A Muslim man finds a strange woman when he travels to a remote mountain in search of a wolf he encountered as a child. 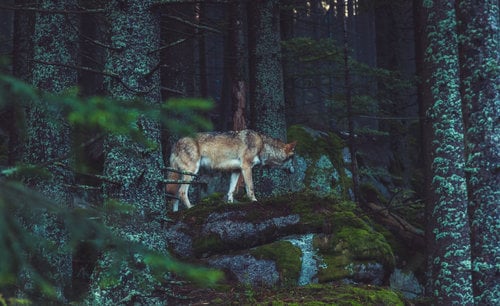 There are many interesting things happening under the surface of Wolfie. Can you talk a little about the themes you wanted to discuss, as well as how you came up with the idea for the story?

We live in a world where identities are increasingly complex due to increased mobility. It’s difficult to put strict definitions on who we are. Because we often develop multiplex identities, we try to identify ourselves based on what we are not, by labeling other people. So, I wanted to explore the act of labeling people, wrongly or rightly, and how that affects relationships. I love gothic fiction, and I think it’s a great genre to explore questions of identity, particularly when the story revolves around a shape shifter. So, I decided to reconstruct the werewolf lore, and present it through a different cultural lens. I thought it would be great to provide an alternative perspective on a popular genre.

There are stretches of Wolfie that don’t have much dialogue, and you do a great job of making your description lines concise, clear, and highly readable. Can you talk a little bit about your approach to writing description?

When I was writing Wolfie, I was doing a lot of research to figure out the best way to put it on paper. I wanted it to be easy to follow and very clear. I knew because I had a lot of sections with no dialogue, that there was a risk of having long rambling paragraphs. I had read that a good script should be like a big haiku. It just so happens that I love writing haikus. It’s all about putting vivid imagery and layers of meaning within a very short word-count. I went through the script several times, and cut it back until I felt every word on the page was absolutely necessary.

I usually begin a story by doing a free-write. I just start writing down the imagery, and the actions of the characters as they appear in my mind. I usually have a vague outline of how the story will develop, but I let that unravel on the page as I go along.

What inspired you to be a storyteller? What brought you to screenwriting?

I read a lot of fiction growing up, and I was drawn in by the fantastic worlds that were created on the page. That inspired me to write. I began with writing prose fiction, but of course literature and film have a symbiotic relationship. It was a natural progression that my interest in writing spilled over into screenwriting. I always visualized my stories in shots, so it was quite liberating to write a story out exactly as I saw it in my mind.

What was your first script?

Wolfie is my first script. It was an adaptation from a short story I wrote, and I learned a great deal from the process. As someone who usually writes prose, I had to learn to present a story without providing access to a character’s thoughts. There was always the option of using voice over narration, but I didn’t want to do that. So, I had to learn to write dialogue that revealed what the character could be thinking or feeling without being explicit about it. I had to learn the fine balancing act between communicating tone, and leaving the potential director and actors room for interpretation.

Do you plan on directing it eventually? If so, how would you approach it as a director?

I have no plans on directing it, but as a director I would try to create a strong sense of place, to give it a feel of a contemporary fable.

It’s tricky when you’re a parent. I used to write at night after everyone was asleep, but at that time, I was too tired to be very productive. I found the best time to write to be right after the morning school run. The house is usually quiet, and my first cup of coffee is just starting to kick in.

I work better with deadlines. I’ve tried to keep to a daily page count in the past, but what happened was that I became too focused on reaching that target, and I lost focus of the story. With a deadline, I can stay focused on the big picture as I work towards the final draft.

Coffee and music helps. Also getting feedback from readers I trust gives me a push, because it gives me new things to work on. However, when I’m trying to make a story work, I can become trapped in a cycle of over-analysis, so stepping back for a bit, and getting some air can help me recharge. Staying motivated in the spaces between stories can be tricky. I try to find inspiration for new material by watching people, looking at art, watching films, and reading. It’s easy to become complacent when I’m not under pressure, so I try to set deadlines for new ideas.

It’s after I put the manuscript aside for awhile and come back to it, that I can make a more accurate decision on that.  I will usually do minor edits at this stage. When I read the entire script, and it flows, and conveys the story clearly, and it looks beautiful on the page, that is when I feel like it’s done.

I love the work by Andrea Arnold, Christopher Nolan, Quentin Tarantino, and Richard Kelly. Their work really resonates and stays with me long after I’ve watched a film.

Music inspires me, as well as just watching films, or reading something new. If I’m really struggling, I will work on some mind maps, or do some free writes to see where it takes me.

Watch a few films. I think when you’re absorbed in your own work, you can get tunnel vision and get trapped. By stepping back and watching other films, you can gain a fresh perspective on your own work.

Let different people read it. You want to get feedback not just from other writers, but also regular readers, to see how the story is received. There are things you miss when you work very closely on a story. Then, after that, put it aside. When you don’t look at it for awhile, you can read it with more clarity afterwards and edit more efficiently.

What has your experience with screenplay competitions been like?

BlueCat is the first competition I’ve entered. I wasn’t sure what to expect, but the experience from the start was very good. I received excellent feedback right within the time frame I was given. I also made it to finals, so the experience was wonderful.