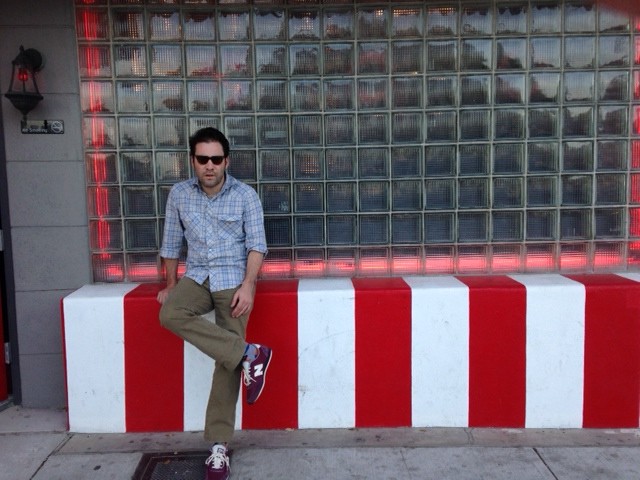 The History of Magic

A degenerated traveling Mexican magician and his teenage niece find themselves on the same path of life as he approaches her home in a Texas border town.

The History of Magic has various storylines that intersect. How did you juggle the different aspects of the story so well? And how did you approach your unique structure (breaking down the story into chapters)?

I treated each section as a self-contained short story with its own beginning, middle and end. I know that’s not traditional, but it seemed to fit the tone and pace of my narrative.

How did you come up with the idea and what was your main goal in telling this story?

My long-time girlfriend had once mentioned that she (and other female friends) had the experience as young girls of seeing their uncles as their first positive male role model, instead of their fathers. I wanted to explore that idea, except the uncle in this case wasn’t exactly role model material.

Any advice for your fellow screenwriters?
Be patient. Be honest with yourself. When all else fails, go watch a good movie.

The History of Magic primarily takes the reader on a journey in the lives of an uncle and his niece. The characters are fascinating, flawed, and unpredictable. How do you approach developing characters?

I’ve always spent time with people like these. Lowlifes on the margins of society. The main character (Ambrosio) is based on an actual person, in fact.

What inspired you to be a writer? What is it about screenwriting that attracted you?

When I initially became interested in film as a teenager, I had already had some success with writing short stories. It seemed like a natural transition.

I try to keep the end in mind at all times.

What did you learn from the experience of writing your first script?

The first script I wrote I made into a short film in film school. I learned the value of having patience with rewrites and also learning to write for your budget.

I wish! I’m happy to get a half page done in a sitting. That said, if I get in a groove, I just go with it. Sometimes it’s only a few lines, but sometimes it can last for pages.

Do you outline before you write? Describe your pre-writing process.

I usually have the ending of scenes written before the middle, or even the beginnings sometimes.

Honestly, on a whim. I’m not used to competing in anything.

Who are the writers and filmmakers that inspire you?

There’s a saying in Spanish that roughly translates, “there’s more time than there is life.” So, that kinda makes sense to me.

What advice would you give to writers who have just finished a script?
Let people you trust read it. Especially non-film people. You’d be surprised what they pick up that you don’t.