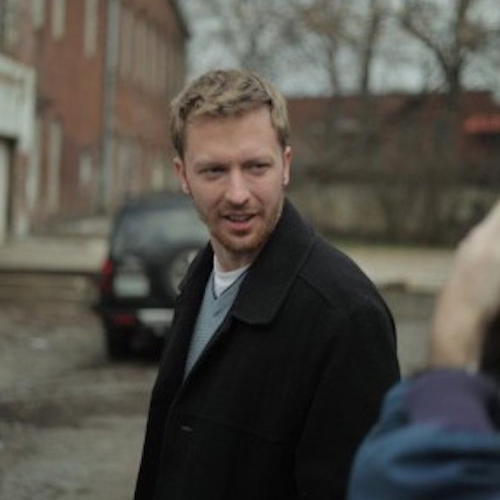 Hoping for a fresh start, a desperate father moves his estranged wife and kids into a mysterious new house, where he soon discovers the horror of the perfect family. 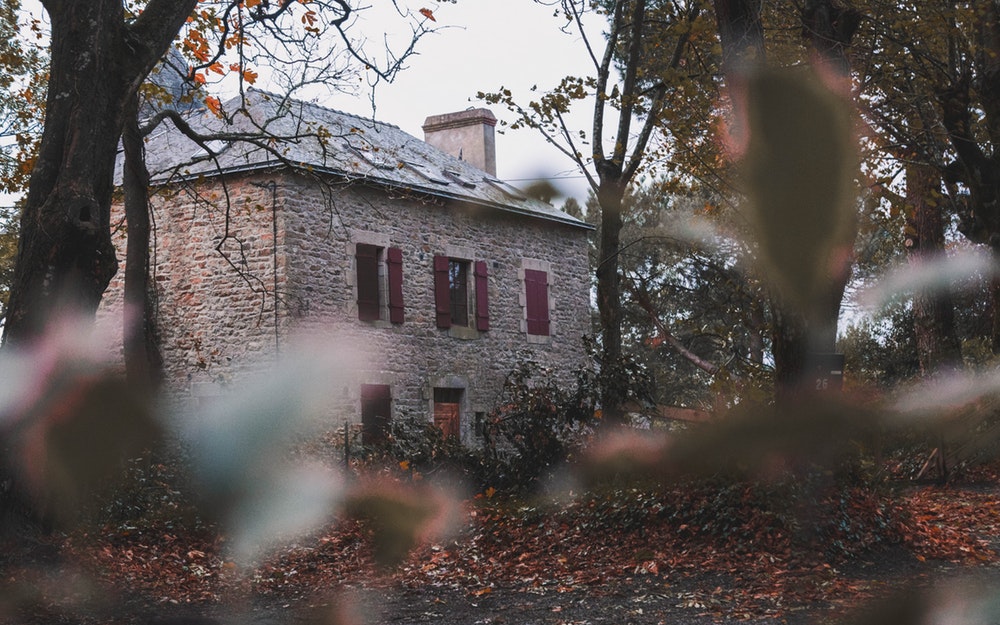 Bad House gives the reader a tremendous feeling of dread. In regards to creating that tone and atmosphere, what were some of your goals when setting out to write it?

I’m a horror junkie.  I wanted to write something that I would want to see as a jaded genre fan.  On top of that, I was challenging myself to write something that had a very limited scope.  In the past, I’ve written scripts that have had a huge cast of characters and a ton of locations, and I wanted to make something narrow and personal.  One location and limited characters with as many horrible things I could make them go through as possible.

Bad House is a fascinating hybrid of horror, thriller, and family drama. How did you come up with the idea? Also, what films served as an inspiration?

I’ve always been a fan of movies that blend genres, ones that don’t feel constrained by what’s expected and aren’t afraid to be a bit absurd. There might be some parallels in the story to my own family dynamic growing up… with just a bit more bloodshed.  As far as inspiration, I already had the horror engrained in me from a lifetime of fandom, so I tried to focus more on the family drama aspects.  I think I was actually more informed by TV shows that had strong and interesting family dynamics like American Horror Story and Breaking Bad.

How do you stay motivated as a writer?

Motivation is the hardest part for me.  I get discouraged really easily.  Each day I can find a reason to give up — it’s probably the only skill I’ve perfected.  I really think it’s the masochist in me that sits back down to keep writing.

What drew you to screenwriting?

I’ve had a general interest in filmmaking for a long time, but I felt like I had the same chance at breaking into that world as I did in becoming an astronaut.  Screenwriting was one of the few aspects of the process that didn’t seem to require upfront money.  I didn’t need a camera or editing equipment to get started.  It was something that I could do at any hour of the day without cash or connections and feel that in some small way I was working toward becoming a filmmaker.

What was your first script? What lessons did you take away from the experience?

I started writing my first script before I had any understanding of structure or formatting.  In fact, I didn’t even have a computer, so I was working on computers at public libraries and saving all my work on a floppy disk.  Keep in mind that this was only around 8 years ago, flash drives did exist, I just hadn’t caught up with the technology apparently.  Either by the vengeance of a cruel of God or maybe just a poorly placed magnet, my floppy disk was wiped and I lost everything.  After a rough few days, I started on something new.  I learned that ideas aren’t sacred, sh*t happens, and if you’re hanging everything on one idea, you’re in trouble.  Oh – and back up your work.

Mostly when I should be doing other things like working at my actual job or spending time with the people that care about me.

Bad House begins with the main character looking for a fresh start for his family. We get the idea that they have recently gone through some rocky experiences, which you do a great job of expressing through subtext. How do you approach creating subtext in your writing?

Subtext is a bit tricky, I think.  I try not to over think theme or the deeper meaning of dialogue when writing because the more I think about it, the more it tends to start bubbling to the surface and becoming more obvious.

I do a lot of outlining before I write.  I like to know all the beats of the story and then use the actual script pages to get from point to point.  I’ve tried to just jump into a script in the past, and I’ve always gotten lost about halfway through.  It’s another example of needing the structure to keep to me on track, but I’m still always open to letting the story change course as I’m typing.  I also hand write most of the script’s conversations in a notebook before starting on the screenplay.  Writing dialogue by hand instead of typing lets me ramble and explore a bit more before I start cutting it back in the actual script.

I don’t.  There’s always something I’d like to change.  That’s why deadlines are so important to me, whether self-imposed or not, because I’ll always find something to dwell on.  The most common advice I’ve gotten from screenwriters is rewrite, rewrite, rewrite, and while I think that’s valid, there comes a point where you’re not doing your story any good any more.

Unlike a lot of other competitions, BlueCat did offer something different — valuable feedback.  This was my third year submitting, and I believe I submitted Bad House on the very last day of the last deadline.  It was because I’d had good experiences with you in the past, and I wanted some informed notes.  You’re great about being upfront and honest about what’s bad and yet still saying enough good things to keep me off the ledge.

I read quite a bit and find a lot of inspiration in comic books and graphic novels.  That counts as reading, right?  In general, I’ve been really inspired by the current horror scene – it’s an exciting time to be a genre fan.  There’s been a spring of new filmmakers like Ti West, Adam Wingard, Lucky Mckee, the Soska Sisters, and so many others that have made a name for themselves by making down and dirty low budget films that have springboarded them into bigger projects.  It’s inspiring to see talented people taking it upon themselves to get to where they want to be.

Do you get writer’s block? What do you do to move past it?

I’ve found that putting myself in a place where I can daydream helps.  If I’m stuck, I’ll take a long shower or go for a long drive, and once my mind starts wandering, I can usually catch a little nugget that will get me moving again.  Also, I’m lucky to have a group of incredibly creative friends that are always willing to read my stuff, talk it out, and give me suggestions on how to get over hurdles and break a story when I’m too locked up in my head.

What’s your battle plan for a typical day of writing?

I set goals at the beginning of each day.  Those goals are always different.  Sometimes it’s ‘outline the first 20 pages,’ ‘write 10 pages,’ or ‘read just character X’s dialogue.’  I need the structure of setting goals because it’s too easy to do nothing, and I love doing nothing.

I think being in the thick and struggling is probably the default mode of a lot of writers – it is for me anyway.  The best thing I’ve learned to do is give myself permission to write absolute garbage.  Having something written down, even if it’s horrible, is a better starting point than a daunting blank page.