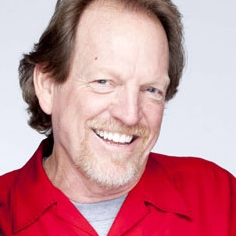 A mild-mannered Prohibition-era accountant has a chance meeting with the twin brother he never knew he had, a brash Chicago gangster, but when he wakes up trapped in his brother's identity, he's forced to find himself as he fights to return to his old life.

How do you find the time to write?

I work in television now as an Assistant Director which allows me to dedicate large blocks of time to writing during our three to four-month summer hiatus. I’m very fortunate in that regard.

What inspired you to be a screenwriter?

First off, you should know that I’m a bit older than the average entrant to BlueCat. I came out of film school inspired by the “American New Wave” and screenwriting had been what punched the ticket for many of those young filmmakers. I simply viewed it as a required skill.

Chicago Shuffle not only takes place in the 1930s, but it also feels like it could have been a movie from that era. It’s old-fashioned in a great way. What was your inspiration for writing it and how did you come up with the idea?

My wife was pregnant with our third child and my aforementioned “writing career” was floundering. That holiday season I found myself relating to George Bailey in It’s a Wonderful Life more profoundly than ever before. Like him, I was despondent over missed opportunities and financial woes, but also had a wonderful, loving wife and beautiful young family that rendered all those worries trite and insignificant. I wanted to build a movie using that desperation George has toward the end of the film – where all he wants is to get back to his family and return his life to normalcy – as the engine for my main character. I thought the tone of a period setting would allow some of the broader plot elements to play more believably and I also wanted the antagonist – the “bad” (not evil) brother – to emulate the Runyonesque feeling of “Dave the Dude” from Pocketful of Miracles.

The story of Chicago Shuffle involves a set of twins swapping lives. In your description lines, you do a great job of making sure the reader isn’t confused as to what’s happening or who’s talking. What’s your process in regards to writing description in a script?

Thank you for being so complimentary, by the way. I think it’s important that a spec script reads well. That it has rhythm and fluidity in addition to clarity. I spend a lot of time rereading and rewriting the descriptive passages. It always starts out overwritten, but then I try to pare it down as much as possible. I’ll periodically read sections of other writers’ screenplays to see how they’ve handled putting something on paper similar to what I’m writing or simply to remind myself that “less is more.”

When I was approaching the finish line on Chicago Shuffle and knew I needed both feedback and some sort of deadline, I checked Done Deal Pro to see what contests were coming up. When I read about BlueCat – the positive reviews and, most importantly, the fact that two sets of feedback were an elemental part of the process (not an a la carte add-on) – it was a no-brainer. I knew I was going to enter.

What did you learn from the experience of writing your first script? What was it about?

I wrote a fact-based Western, weighing in at a tidy 185 pages. But I learned that I loved the process and that I had the patience and persistence to do it (also, that I needed to cut fifty or more pages).

A very gracious Writer-Producer read it and chose to mentor me for a time, which led me to believe I had potential. He eventually gave me several television writing assignments, but I was unable to parlay those early opportunities into a sustainable career.

More along the lines of a time frame. The first thing I do when I wake up is sit down at my computer with a cup of coffee (espresso), before reading the paper or beginning to think about all the chores and other responsible, productive things I should be doing instead. I like to feel I’ve “earned” the afternoon off by putting in a solid writing session in the morning. Some days, however, the “morning session” will continue into the evening.

I’ve tried, and will try, anything. Scene cards, outlines on legal pads, treatments, beat sheets. Meanwhile I’ll be collecting what I think might be useful notes: research articles, potential scenes, character ideas, snippets of dialogue as well as a multitude of “what ifs?”. As I recall, I wrote the story that evolved into Chicago Shuffle in one sitting — 60 or 70 very detailed longhand pages. Over time, of course, many of those details changed.

Not to sound flippant, but I suspect it’s only done when you see a film made from it. But, more to your point, I’ll decided I’m “done” with a specific draft when I can’t go any farther or make any measurable improvements without either somebody else’s feedback, or the objectivity that comes from putting it down and forgetting about it for a while.

But part of me always feels that every draft is only one more step in a long, ongoing process.

What advice would you give to writers who are in the process of trying to power through a draft?

Finish it. Keep your head down and do whatever it takes to slog through to the end. And be careful not to judge it too much, if at all, along the way – not until you get that first draft on paper. Don’t worry if some of it feels like crap – it oftentimes is – you can go back and fix it later. That’s what rewriting is about.

Get some distance from it. Count to ten before you ask anyone to read it – and then re-read it yourself to be sure you’re really ready to offer it up for feedback. Then listen to what everyone says. You don’t have to agree with them, but you have to hear what they’re saying.

Off the top of my head, David O. Russell, Woody Allen and the Coen Brothers come to mind — just to name “some.” All three of them are writer-directors who can create complex, fascinating characters and who have captured some truly memorable performances in their films.

What do you do when you’re stuck?

Do more research, read other scripts, anything that makes me feel like I’m making forward progress and takes my mind off the immediate stumbling block. A bit like trying to get rid of the hiccups.

That can be tough. Especially when it feels like you’re working in a void, not knowing if you’ll ever get any meaningful feedback, questioning whether all the time and energy you’re investing in your screenplay would be better spent cleaning out the garage. But I enjoy the process enough that I keep plugging away (and I still haven’t cleaned out my garage).