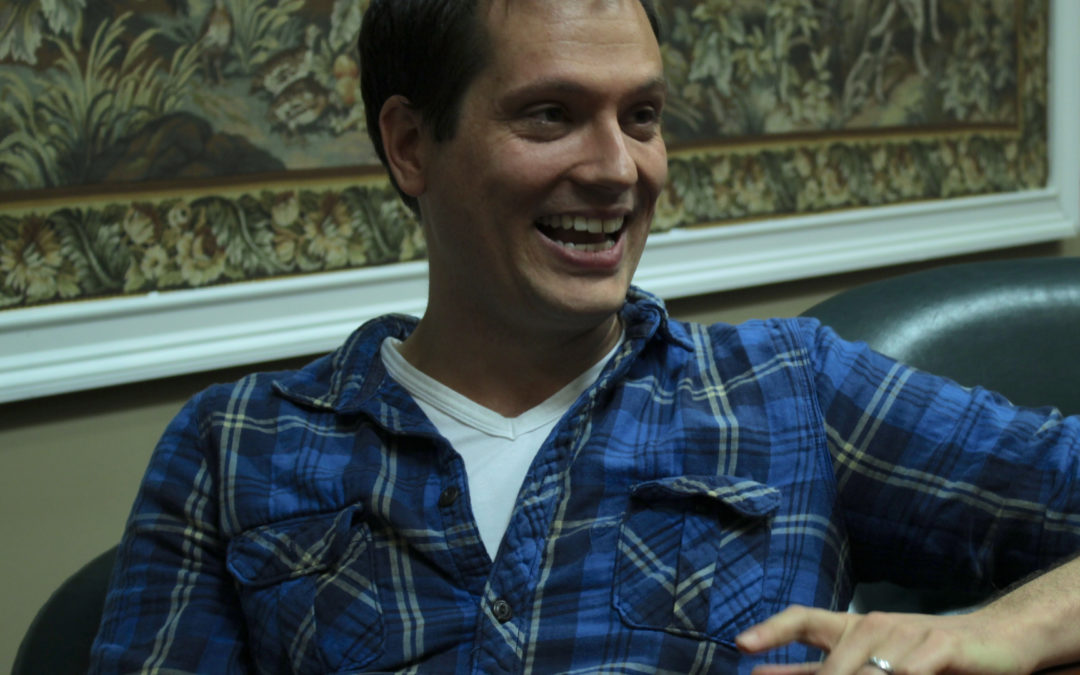 The true story of the assassination of a revolutionary Mexican presidential candidate unfolds from the original standoff of three gunmen in Tijuana.

3 Faces of Hunger & Thirst is based on the true story of a political assassination and the events leading up to it. How did you come up with the idea for your take on this material?

This is a story that has haunted and fascinated me for a long time. Studying abroad in Mexico, I had a professor who worked for Colosio and witnessed the assassination that day. He was a very idealistic man who believed that Colosio was the key to real and lasting democracy in Mexico. The temptation with real life events like this is to write about one of the many conspiracy theories floating around about the assassination. However, I wanted this script to be something different. I wanted to explore how each character experiences what Colosio called Mexico’s “thirst and hunger” for justice. How this experience leads each character to the park that day. For me, it comes down to the paradox of personal choice and the limits of free will. How much control do we really have over our lives? Are we victims of fate and circumstance or the sole architects of our own fortunes as a consequence of our actions? Is there a middle ground where choice, circumstance, and fate play equal parts in our destinies?

3 Faces of Hunger & Thirst has three main characters and multiple important supporting roles. How did you manage to successfully juggle so many characters to great effect?

Basically, as the title entails, the story is three faces of the same human experience. Each character is lost, desperate, and sincerely striving for the kind of meaning in their life that only dramatic events like this can catalyze into existence. If the story works it’s because each transition to a different character’s storyline answers, complicates, or somehow informs the dramatic question posed in the previous scene. It makes theme work for its place at the table. This is my favorite kind of dramatic unity to use as an organizing principal in a story. In that sense, I was inspired by William Gibson’s early novels and movies like RULES OF THE GAME, BLACKHAWK DOWN, and MAGNOLIA.

Why are you a writer?
I was a sick kid. Nothing too serious, but it kept me home bound off and on from 6-8th grade. To keep my spirits up, my parents gave me books and videos. The first year was a hodgepodge of Chuck Norris, Douglas Adams, Monty Python, Bruce Lee and Ray Bradbury. The second year was more Monty Python, Isaac Asimov, and anything with Jean-Paul Belmondo. Why Belmondo? One day at the video store I mistook the video box for Belmondo’s THAT MAN FROM RIO with James Bond’s THUNDERBALL. Something about the subtitles, absurd plotline, and effortless cool of Belmondo running around all those striking Niemeyer buildings – blew my adolescent mind wide open. I asked the video store owner for anything with Belmondo in it. All they had were the Melville and Godard movies. So I watched them. I had no idea what a director was, but the world of those movies transported me in a way only books had ever done before. I watched out all three video stores closest to my house. After that, I wanted to start writing my own movies.
What was your first script and what did you learn from it?
It was an abysmal closed room mystery about three out-of-work Stevedores playing pool and discussing a recent robbery at the docks. Amidst kvetching about their lives, each character posits how he would have pulled off the unsolved heist. Meanwhile, an eavesdropping stranger at the bar pokes holes in all their plans. Can you see the end coming already? Yep, the stranger turns out to be the robber, and the Stevedores kill him and take the money. I wrote it in college, obsessing over every precious plot twist like it was going to be the next USUAL SUSPECTS. In the end, the script failed because the characters, their objectives, and internal lives only existed to serve my plot twists. Ever since – I have tried to see character as the master of story.
When do you find the time to write?
Writing is that thing I do on my own, when no one’s looking, that I hate to talk about, and lie that I do a lot less of it than I actually do. I prefer quiet places where other people are busy working – libraries instead of coffee shops. My peak hours of productivity tend to be mornings and late afternoons.
Do you have a certain page count you like to hit every day?

My goal every day is to hit at least 1000 words. Most days I hit it, but some days I don’t and feel like the worst kind of degenerate fraud. This helps shame me into getting more done the next day. In the end, like most personal metrics, it’s totally arbitrary. Nevertheless, it helps me sleep at night.

3 Faces of Hunger & Thirst takes place in Mexico in the early 90s. You do a great job of making the reader feel like they are there. How important is time & place to you in your writing?

I see context as a simple variable that can make all the difference. Give John Rambo a gun in Vietnam he’s a hero. Do it in a small American town after the war and he’s a menace. The difference is time and place.

My process is messy, but it always starts the same. An idea for a character in a particular context strikes me as interesting. But I’m usually busy on some other script, so I talk myself out of writing the idea down. Only the idea sticks with me, so I decide to rough out a beat sheet just to get the idea out of my head. Somehow the beat sheet keeps tugging at my promiscuous imagination – in the shower, in traffic, in any of the many endless lines in life. Still, I ignore it. Despite having experiences in my life that seem to directly relate to the idea – a line overheard at the grocery store, a photograph on a web ad, a news story. The moment I know I have to write the story is when I start dreaming about the idea. That’s when I give in and write a step outline. After that – a rough draft.

I subscribe to the idea that creative endeavors are never done, but abandoned. Eventually, I let a script go when I have another idea that I can’t sublimate anymore.

What advice would you give to writers who are in the thick of working on a script?

I call it the desk drawer. I always have something I am working on that will never see the light of day. Some piece of writing in an arena I have no ambitions to ever succeed in – short stories, plays, a piece of gonzo journalism. The only litmus test is that it has to be something fun and dangerous. I let myself take risks – inside the safety of my desk drawer. It frees me up to – quite frankly – write the worst fucking rubbish ever scratched out of the ether. I make sure to fail at it with abandon.

Finishing something is a big accomplishment so pat yourself on the back.  Then I would suggest going out and finding the toughest people you can to read it and give you honest and unsparing feedback. Are you getting any note over and over again? If so, that’s where to begin your next round of revisions. Once you feel like the script is ready for the world – start submitting it to screenplay competitions.

What has your experience with screenplay competitions been like?

For the most part, it has been positive. I haven’t had a whole lot of experience besides placing in a couple contests. I wish more contests offered feedback like BlueCat. As a writer, you always want to know the strengths and weakness of your work so that you can grow and learn. The two BlueCat readers I got this year really immersed themselves in the world of the script, and came back with very specific and constructive notes.

I free write. Let my mind wander and force myself to write whatever pops into my head for a half hour. Your hands get tired, but it usually snaps me out of the self-pity cycle and gets me back down to business.

I am obsessed with why we do the things we do. All I need to stay motivated is to remember just how desperate I am to understand how and why people make the choices they do.