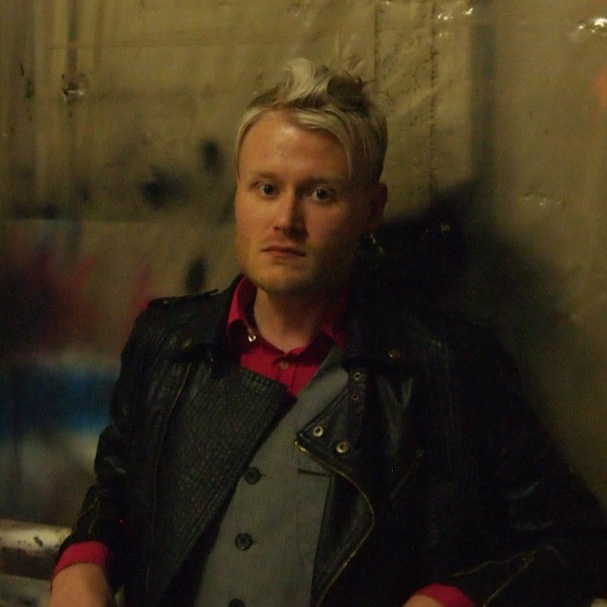 Vanessa, a brilliant, introverted 16-year old, must go to aberrant lengths in order to learn how to ‘feel’ again after a car accident at the hands of her best friend leaves her permanently paralyzed below the waist.

We sat down with Robert Ian Simpson, winner of the 2010 BlueCat Screenplay Competition, and talked to him about his coming-of-age screenplay “Below the Waist.”

Congratulations on recently being  signed by Paradigm agency! What projects have you been working on? What does the future hold?

So, I have a spec that JUST hit the wide market. It’s called “One Free Crime” — it is being produced by Intrigue Entertainment. We (Paradigm/my manager Andrew Kersey/Intrigue) are still in that nail-biting-waiting stage to see what happens with it…It is an elevated thriller about a man on vacation with his wife and young daughter in exotic Barcelona. One morning, he awakens to find them missing without a trace. His worst fears realized, everything quickly unfolds into a single night of terror, as he is placed in the middle of something far greater than a simple kidnapping–and asked to do the unthinkable.

One Free Crime was conceived with Producer Lucas Carter at Intrigue–though a ‘high-concept’ genre piece such as this is rather new territory for me as a writer, what appealed to both of us is the main character, this father/husband figure, who is not some superhero or bad-ass that has inexplicable and ‘convenient’ skills–he is a normal guy. But he is very intelligent, and what he doeshave is a brilliant analytical mind, and so the story is grounded in realism — in what a person in increasingly untenable situations might really do. His arc is truly fascinating as well. Even as the writer, when I have gone back and reread it, I’ve found different beats where I see tiny shifts in this man’s character, where he ever-so-slightly pivots, which all builds to this really intense conclusion that cements the title of the script…

In addition to this, I’m in the middle of a rights-deal to adapt this wonderful Spanish thriller that virtually no one stateside has heard of (I can’t disclose it just yet — check back in a few weeks — but it would be another great venture with the guys at Intrigue — and my first time in the Producer’s ‘chair’!).

I had a terrific time this June catching up with Gordy and co. in LA (we did a video interview then). Planning on being on the West Coast a bunch more in the near-future…

As always, much love to BlueCat, a family I am humbled to be a part of, and many thanks for all that you BlueCat-ers continue to do — I am a die-hard newsletter reader and website-checker to this day!