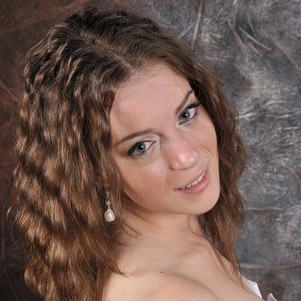 A down-on-her-luck nail salon employee is happy making the world a better place one pedicure at a time, until a near-death experience awakens within her strange supernatural abilities, and she suddenly becomes part of a giant battle of Good vs. Evil… played out in a shopping mall. 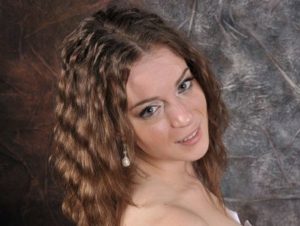 “What a year! First I place as a BlueCat finalist and now this… I am so thrilled to share that a spec script I wrote this past summer, called SomaCell, has been bought by Warner Brothers with David Goyer attached to produce. SomaCell is my first official feature to hit the market, and the response has far exceeded anything I could have hoped for.  Earlier this year, I mentioned in my BlueCat interview that my biggest screenwriting dream was to be able to make a living doing what I love most, screenwriting. Hard to believe, but it looks like my dream is coming true! Without a doubt, being involved in the BlueCat competition helped keep me driven enough to get to a place where I can actually call myself a professional screenwriter. Wow.”

Ashleigh Powell made waves as a BlueCat finalist with her script MALLPOCALYPSE.  Now, she talks to us about her origins and devotion to writing, as well as her willingness to sacrifice sleep for creativity.

I discovered screenplays during my junior year of college. I went to college in my home state of Virginia, and I was an English/Creative Writing major. We had no real film program to speak of, but we did have an Introductory to Screenwriting course. I took it as a fun departure from the prose medium and immediately fell in love.

First, I’ve always loved movies. And the stories I’d written up until that point all had cinematic qualities. But what really pushed me toward screenplays was the structure. I’d written two novels by my junior year of college (neither of which will ever see the light of day), and each one was several hundred pages that took several years just to get through a first draft. I found the idea of being forced to tell a full story in 120 pages or less completely refreshing. I also got it in my head that it would be easier to break into the screenwriting world than the book-writing world. I don’t know if that’s true or not… but, for me, it’s a choice that seems to be paying off.

Over a dozen, though I only have two or three that I’ll actually show people. Every new project has been it’s own  learning process, and I like to think I’m improving my craft with each new script.

I can’t tell you how many times I’ve heard someone say, “Yeah, I want to write… I just don’t have time.” The truth is, everyone has the same amount of time. There are a million other things you could be doing with your 24 hours a day besides writing screenplays. Dedicating a specific time for writing takes discipline and sacrifice. In my case, I decided to sacrifice sleep. I was an executive assistant at a production company for a few years, which meant 80-hour work weeks and bringing work home on the weekends. Since I’m a morning person, I’d wake up at 5:45am and write for about an hour and a half every morning before I had to start my day. And that way, no matter what else happened during the day, I’d feel a sense of accomplishment knowing that I’d already met my writing goal by 8am.

Strangely, getting a foot in the door by getting representation has made the process of finding a new project more of a struggle. It’s no longer as easy as coming up with an idea that appeals to me personally. Now I’m learning to take into consideration things like – Is there an audience for this script? Will it sell? Is it commercial? How does it define me as a screenwriter? Now that I have a strict vetting process, it means a lot of my new ideas get pushed to the side, which can be frustrating. But it also means that, once I’ve found an idea that meets all the criteria, I know it has a strong potential for success.

I feel like I’m a natural storyteller, and have been since childhood. And I like to think I have a good ear for dialogue, which is important in any writing medium, but perhaps most important in screenwriting.

Ha, you should ask my husband! He can always tell when I’m in between projects or stalled on an idea because my mood noticeably shifts. I get dark and gloomy and preoccupied. For me, writing is more than just a passion – it feels like a compulsion.

I think Hollywood tends to be a bit conservative about embracing new ideas. Studios seem to always be on the hunt for something that’s “the same, but different” – they’re looking for a new twist on a familiar genre or convention that audiences have proven to love… which can make them hesitant to take a chance on a project that’s too “outside the box”. It can be frustrating, but thanks to all the leaps that we’re making in new media, it’s easier than ever to circumvent the Hollywood system and get new ideas out there.

I’m learning that a big part of handling feedback involves understanding which notes to use and which notes to disregard. This is especially true if you’re in a writers group, and you get half a dozen conflicting opinions on one topic. Ultimately, it comes down to having an innate understanding of the story you want to tell. That said, if you keep getting the same note from multiple sources, chances are it’s a note you should use.

Just the usual – complete and utter failure. But I find it comforting that even established and award-winning screenwriters have this exact same fear. Comes with the territory, I guess.

To be able to make an actual living off telling stories. That’s the dream.

Write, write, write. That’s what’s so great about screenwriting, as opposed to say acting or directing. It costs no money to do what you do, and there are no limitations to what you can create. Also, I’m not sure I could be where I am now without living in LA and immersing myself in the industry. And you can’t be afraid to put yourself out there and get people to read your stuff. Competitions (like BlueCat!) can be extremely helpful in that way – especially competitions whose judges work in the industry and can pass your work on to producers, managers, and agents.