A tale of good versus evil set against the desolate backdrop of Dust Bowl era Oklahoma. 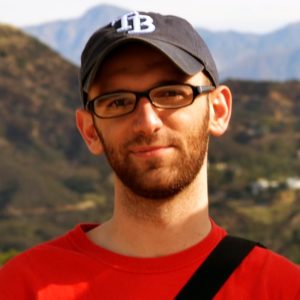 BlueCat Finalist Anthony Easton won $2000 for his script ‘The Hosanna Tree’.  Now, he answers our questions.

I’ve been writing since I was a little kid, and I’ve always loved movies. I don’t know when I actually started to write screenplays, because I’d always make up movies in my head, but I remember the first one that I attempted. It was probably around my sophomore year in high school when my friend and I wanted to make a really stupid mockumetary. (I mean really stupid). We tried writing a script for it that failed miserably after about eight pages. We had no idea what we were doing. It was typed up in Microsoft Word with absolutely no formatting… Recently, I actually found that script on a really old hard drive I discovered in my attic. It was hilarious.

I wish I had some super cool reason, but I really don’t. I’ve just always loved movies, watched way too many of them, loved writing, and decided to try to write one. After I wrote one, I found out that I loved writing them. From there, I just have continued to hone my craft. I’m guessing that’s about as unoriginal of an answer there ever could be, but it’s the boring truth.

I’ve written 9 full features, and started/worked through about probably a dozen more. However, I have 4 that I’m quite proud of and satisfied with. I also just started another one that, so far, I’m madly in love with. Basically, I’m always forcing myself to write. If I’m not writing, I feel rather bad about myself.

I have to write. It’s a priority. If anyone wants to be a writer, yet they don’t force themselves to write, or find time to write, then they aren’t doing themselves any favors. Between classes (I’m still a student) and work, I find time to write at night, very early in the morning, and in my head throughout the day. I’m always writing somehow. I think any writer is the same way – always looking for stories in every mundane thing they see, almost to the point where it drives everyone around them crazy.

Breaking the story. What I mean by that is the process of breaking down my screenplay to its engine. I do this with every single thing I write – Before I continue past the first act, I find the catalyst, the heart, the engine. It’s a struggle. Sometimes I write something I love, but I can’t figure out the engine for it, and it forces me to abandon the script. However, when I finally break a story, it’s also the most rewarding part of writing – a true accomplishment.

I feel I have great skills to write cinematically. From my time as a reader in Los Angeles, reading every script I could get my hands on, I discovered the ones I loved the most were the ones that used specific language in their action descriptions that made the screenplays pop off the page and into the movie-projector in my head. I studied those scripts a lot (many of them were Black List scripts) and learned to craft my writing from that. A screenplay is a blueprint, but it should also be unbelievably enjoyable to read. I try to make my screenplays have specific tone that cannot be found in anyone else’s screenplays but mine. I feel like I have a very clear voice.

I don’t know if it really does! I’m only half-kidding, but writing is a struggle. The truth is that I struggle with writing just like everyone else. Sometimes that struggle is overpowering, but when I complete a story that I’m unbelievably proud of, the feeling I get is amazing. It’s a feeling made up of pride, glee, and often terror because if I’m writing something I love, I almost never want to finish it (because then the story is over!). But beyond that, I love being with other writers, too. I’ve made so many great friends through this process who are unbelievably kind and talented. For me, being with those important people and developing creatively as a writer and a human being are the most gratifying part of my short time as a writer.

Personally, I don’t think a problem actually exists with storytelling in Hollywood. Of course, you have big budget movies that are spewed out year after year, but that doesn’t mean a problem exists. In fact, many of my all-time favorite movies are more recent movies. With the advancement of technology and the ability to bring to the screen nearly anything a person can imagine, I think Hollywood has the potential to reinvent storytelling. I believe the problem is perception. From my brief stint working in Hollywood, I can say that there isn’t a lack of creativity or storytelling – everyone is working as hard as they absolutely can. But, that being said, the movie business is still a business, and it is run like a business. Often, the best stories aren’t quite the best business, but there still is, and always will be, a market for great storytelling both in Hollywood and in the independent world.

I think the only way you can improve how you handle feedback is to get more and more feedback. Find people you trust in, and let them know they have permission to be as harsh as they want to be. Personally, I’m much more satisfied hearing something I did is not to its potential rather than hearing “I liked it,” or “It’s good.”

Like many people, security is the biggest fear – making sure that I understand the unbelievably difficult road ahead and the constant struggle it is to be in any type of creative field (especially screenwriting). On top of that, though, my biggest fear would probably be becoming satisfied. I don’t think, as a curious being, that I could ever want to stop learning, growing, or exploring new possibilities in myself and my writing. I hope to never be satisfied with my experiences and I always want to yearn to keep growing and evolving.

As boring as it sounds, I just have a goal of having a steady career doing something that I love. I think that if anyone just sits and thinks for a minute that their career is to write movies, that alone should sell how amazing of an adventure one’s life could be.

I work. I constantly, always, restively work. I’m writing persistently, reading relentlessly, and always staying current with events. I read Deadline like it’s the Bible, I familiarize myself with writers I love, I research companies and producers, I reach out to anyone who can help me grow (or I can help them grow), and I try my best to be a good person. If you are talented enough, and a genuinely good person to not only work with, but also be around, I honestly believe that you can achieve most any goal you set for yourself. It all just comes down to exactly how bad you want it.