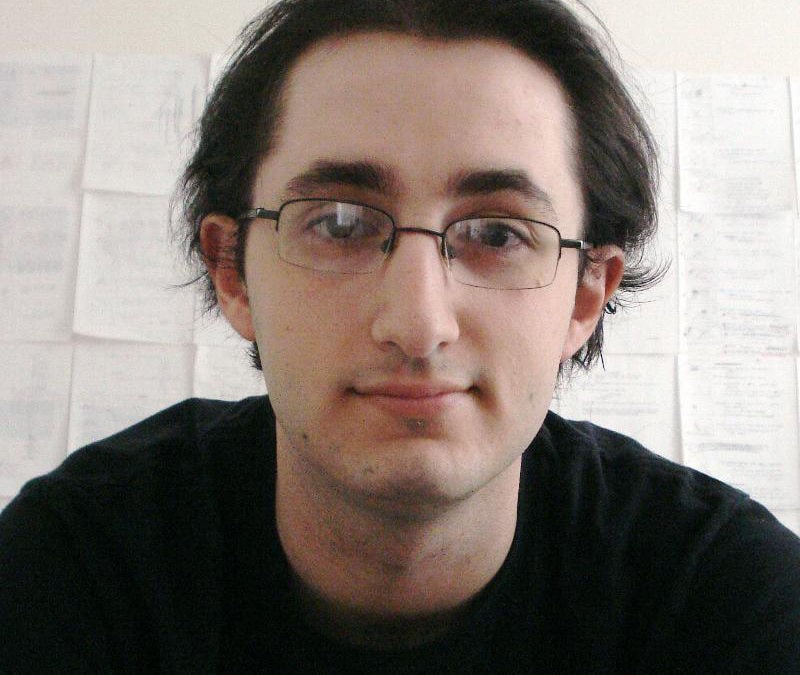 A young man witnesses a glitch in time itself, and becomes a target of the individuals tasked with protecting the system the world relies on. 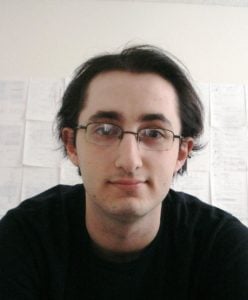 Alex Eylar made it to the final round of BlueCat and won $2000 with his script The Prime Mover. Now, as is customary for BlueCat winners and finalists, he answers our invasive questions about his creative process!

High school. I’ve always been a film geek, so in my junior year I tried my hand at screenwriting. The result was a shoddy, uninspired, patchwork collection of inside jokes and bad gags; something I would take pleasure in burning if I had a hard copy. Once I started reading more scripts and watching more (and better) movies, my sensibilities matured. I wrote a script I could be proud of, which paved the way for film school, where I learned the ropes and honed my skills. Fast forward to today and I’m a finalist.

The folly of youth. I read a script to a movie I liked and thought “I could do that”, and I did. I had ideas to share and stories to tell, and that’s all I needed.

I have five completed screenplays and two halfway completed. But a script is never finished: there’s always more that can be done.

Character. I’ve always been more plot-focused and dialogue-focused than character-focused; I’ve been told my protagonists need a little depth. But it’s a shortcoming that gets easier to overcome with every script I write.

They say I nail dialogue, and can tune into the “awesomeness” frequency very effectively. Other than that, your guess is as good as mine.

When the complexity of the plot and character dynamics pay off in the third act without leaving any loose ends, it’s a feeling of satisfaction like none other. Also, writing an action sequence that’s never been done before is a sublimely giddy moment.

Too often, Hollywood can’t see the forest for the trees. It’s a trap that’s easy to fall into, even for a screenwriter: you focus on the individual elements – the “God, this is awesome” bits; the Rule of Cool; the marketability – at the expense of story. Blinded by the flash in the pan, you ignore how poorly those elements may fit in the story you’ve so delicately crafted. You can’t just shoehorn in a skydiving gunfight because it’d be neat: you’ve got to make it organic, or the audience will call bullshit.

Humility helps. There’s a temptation to think of a script as your baby that no one else should touch, and that attitude will only hurt you. It’s an industry of collaboration, so if you’re not open to second opinions, your Citizen Kane will never see the light of day. I don’t have much of a problem taking feedback, because more often than not, my response is “Damn, I wish I thought of that first.”

Mediocrity. The worst circle of Hell is the one you land in when you’ve got a script that’s good, but not great. People like it, but not enough to do anything with it. It’s got potential, but it’s just not there yet. That perpetual arrested development is all the incentive I need to knock it out of the park.

I interned at Scott Free Productions a few months ago, and spent a lot of time preparing the conference room for Ridley Scott’s and Tony Scott’s script meetings. I’ve made it my mission to one day return to Scott Free, and return that very conference room, under different circumstances.