In a wryly comical near future, where too many baby boomers have saved too little money and amassed too much debt, an unemployed man aspires to the affluent lifestyle of his rich brother while trying to avoid the humiliating fate of his destitute brother who lives in a vast ghetto of boomers known as Squat City. 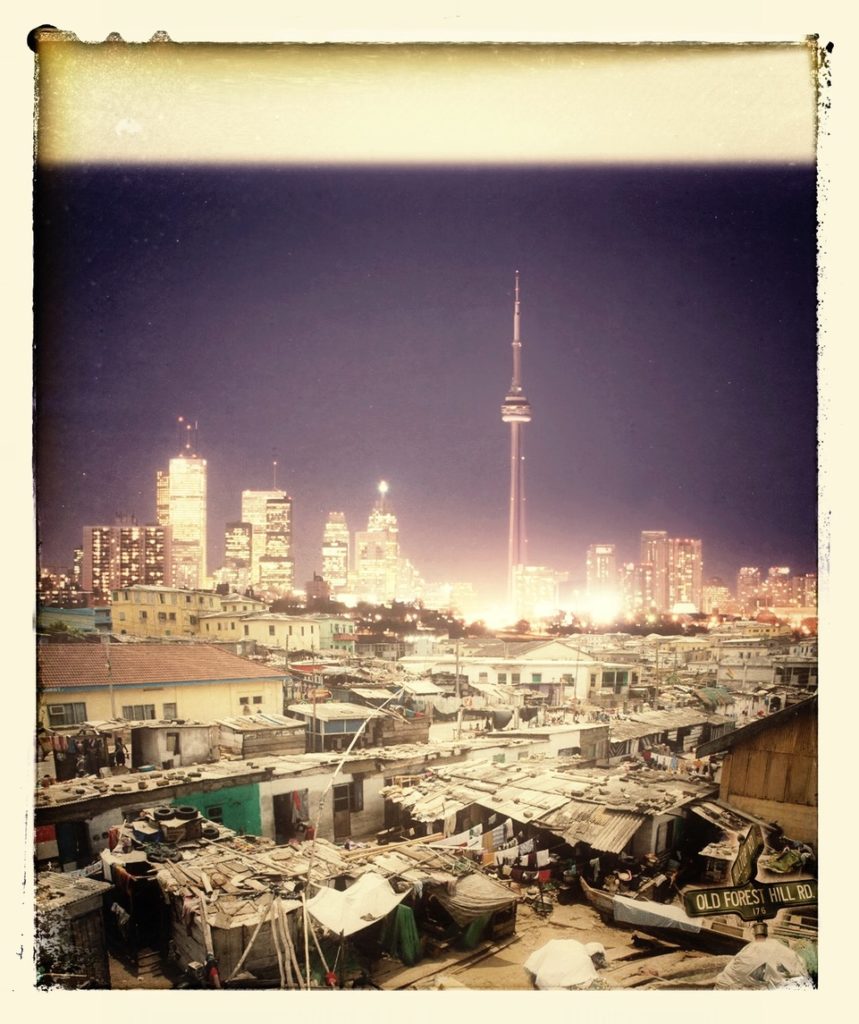 The inspiration behind Squat was simple: I’m scared to death—and I know I’m not alone—that someday when I retire I won’t have enough money to live on comfortably because I don’t have a pension.

You can’t read a newspaper or go online without reading something about how ill-prepared we all are for retirement. Environics TD Waterhouse recently reported, “Thirty-two percent of Canadians aged 45 to 64 expect lottery winnings to support them in their retirement.” The New York Times wrote, “Almost half of all middle-class Americans will be poor or near poor in retirement, living on a food budget of about $5 a day.”

What would the world look like if the worst that could happen, did?

Besides Squat, I wrote and directed a feature film called Eating Buccaneers that skewered advertising and was nominated for five Canadian Comedy Awards, including Best Writer. It opened theatrically in Canada before airing on The Movie Network, Movie Central and HBO Canada. I also wrote, directed and produced an award-winning short film called The Homework Bureau, a satire of TV cop shows. After opening at TIFF and playing festivals around North America, it aired on Global TV and The Comedy Network.

I’m currently developing a seven-part comedy series and another feature film comedy. You can learn more about me at billkeenan.ca