A mute drifter and a lonely night clerk must face their deepest fears when confronted by a mysterious man in a patchwork dog mask at a remote, rundown motel. 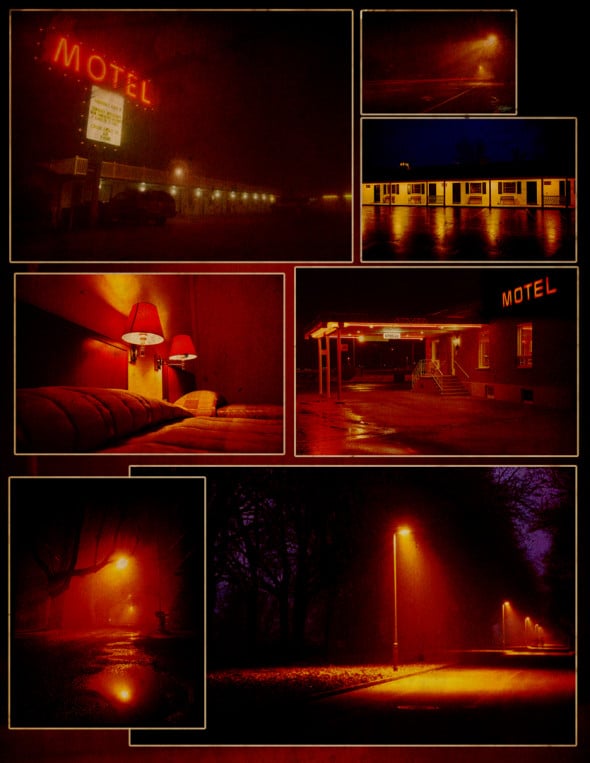 As a child, I was obsessed with movies, the weirder the better. Each week I’d ravenously scour the TV guide to see what was on the menu. I became a master of the quiet sneak, creeping downstairs at two or four AM to catch classics like The Green Slime and Curse of the Werewolf. I made my first movie, The Radioactive Killer, when I was nine, and from there I was off and running.

In my teens I made two micro-budget features, Flesh Freaks and Kill Them and Eat Them. I was banned from a friend’s house after his mother saw the gruesome effects I created for Flesh Freaks, and I can’t entirely blame her. “An entertaining exercise in well-executed splatter” was the verdict in Uncut, and Rue Morgue called it “an impressive little film that defies its minuscule budget.”  Kill Them and Eat Them, meanwhile, was “an experience not to be missed” according to The Baltimore Sun.

In film school I made several shorts including Guts of the Gods, A Friend of the Devil, and Legend of the Seven Bloody Torturers. The latter film, about a clerk sent to audit a torturer’s dungeon, screened at festivals all over the world including PiFan in South Korea, the New York Horror Film Festival, the Toronto After Dark Film Festival, and over twenty others. It was favorably reviewed (“Unexpected . . . good performances and a good punchline” – Liz Braun, The Toronto Sun; “A potent comedic sketch” – Videoscope).

My latest project, Dog, is the story of a mute drifter and a lonely night clerk who must face their deepest fears when terrorized by a mysterious man in a patchwork dog mask at a remote, rundown motel.  The Dog has overdosed on a Bath Salts-like drug and now he’s on a wild, violent trip.  He’s not a one-dimensional villain, though, but a human being, lost in an altered state of consciousness, who must eventually face the horrors he himself has committed.

I wrote with a low budget in mind. Almost the entire film takes place in the motel and the cast is small.  Dog was often harrowing to write; I plumbed my own fears and anxieties to an often uncomfortable degree to create what I hope is a raw and emotionally truthful work about confusion, fear, and alienation. The story asks if, in the very darkest of circumstances, forgiveness is possible – both for others and for oneself.