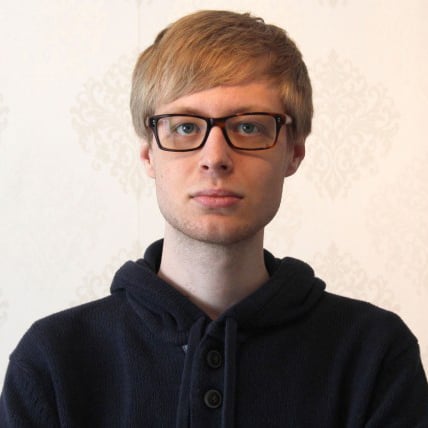 The Last Days of the Dolores Project

In a few days, the chimpanzee Dolores will step out of the flight simulator and onto a real airplane, together with the pilot who taught her how to fly, but before the flight, the pilot wants to tell a colleague a secret. 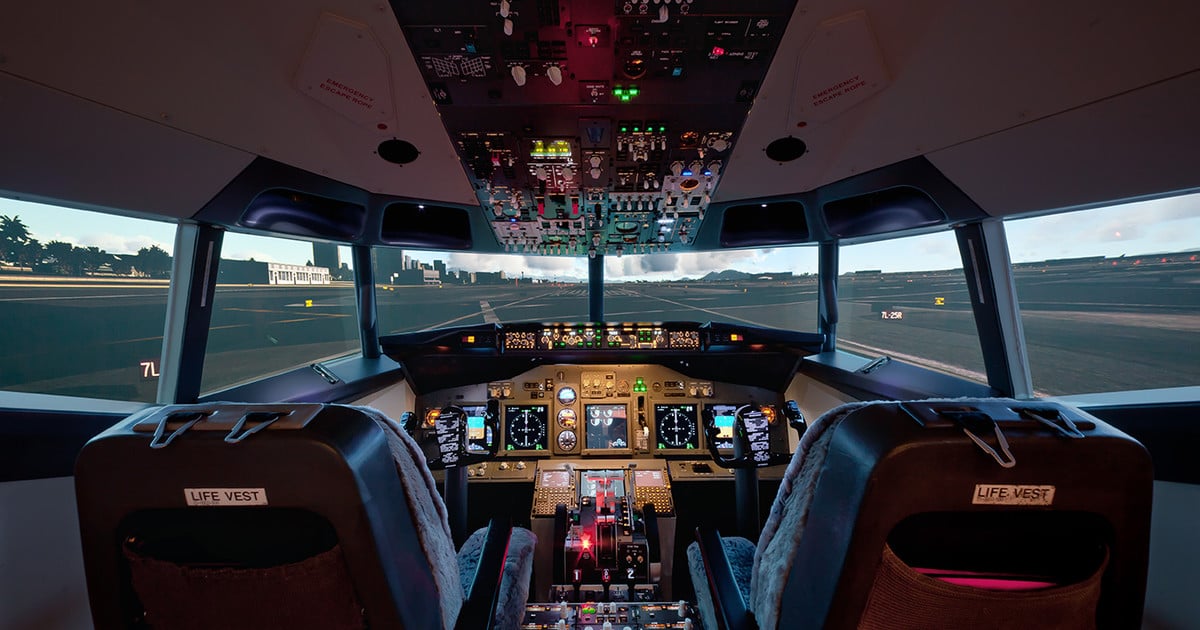 The Last Days of the Dolores Project is an interesting exploration into how your professional work life can be detrimental to your social life. Can you talk about how you came up with the idea for the story?

I saw a thing about a Soviet experiment where they transplanted a dogs head onto another dogs body, and kept both dogs alive for a while. I got the idea to make something about a monkey who gets its head removed and put on the body of a robot, then escapes and hi-jacks a plane.

The idea evolved and came to focus more on Oliver, who trained the monkey in the flight simulator. At one point, the story was that Oliver’s brother owed money to a biker gang. The biker gang wanted them to steal a barrel of safrole from the research center Oliver worked at. They would use the safrole to make MDMA – when they steal the safrole barrel, they take the monkey with them. Oliver and the monkey make out for a while before they escape on an airplane and at the end, Oliver had fallen in love with the monkey.

It got too stupid and I gave the idea up. A few months later I picked it up again and removed a lot. I had Oliver fall in love with a co-worker instead, and made it more simple. I think I learned that it’s okay to get weird, but that stories work better if they’re ultimately about people. That’s why this script, for me, is firstly about being in love and not knowing what to do about it – the weird monkey-in-the-flight-simulator part is only the setting.

I had fun writing it, but it took a long time before it became what it is.

What made you want to start writing screenplays?

I always liked stories, both from reading books and from watching movies. I wrote stories and made short films with my cousins and friends when I was younger too, and never got tired of it, I guess.

What kind of books have you read that have helped your writing?

I don’t know if they’ve helped my writing, but I’ve read a lot of Philip K. Dick in the past; his books are fun and inspiring to me. Lately I’ve been reading a lot of Thomas Pynchon and David Foster Wallace.

Are there any movies that you frequently look to for inspiration?

There’s a Swedish movie called Four Shades of Brown that I think about frequently, it mixes humour and sadness in a really good way. The Comedy does that too, so I’ve seen that a couple of times. I like stuff from Charlie Kaufman, Todd Solondz, and Paul Thomas Anderson. Oslo, August 31st is a film I like a lot too.

I try to remember why I liked the idea when I started, and try to write it fast. Short films are easier to stay motivated with, since they don’t take as much time to write.

Not really, it’s more fun for me to give it to someone else and see what happens. Film is a collaborative medium, and the results from letting go of control can be pretty positive.  Maybe I’ll change my mind in the future, and write something I really want to direct myself, but we’ll see.

Let people read it. It can be hard to do if you’ve just started – if you think that what you wrote is too personal, not good enough, or whatever, it gets easier with time.

I wanted to see what kind of feedback I would get. Criticism from a stranger is more honest than from someone you know, I think. Strangers aren’t as afraid of hurting your feelings.

Do you have any plans to develop The Last Days of the Dolores Project into a feature script?

Maybe. I like that it’s short though, and I don’t know what else I want to say that isn’t already in there.