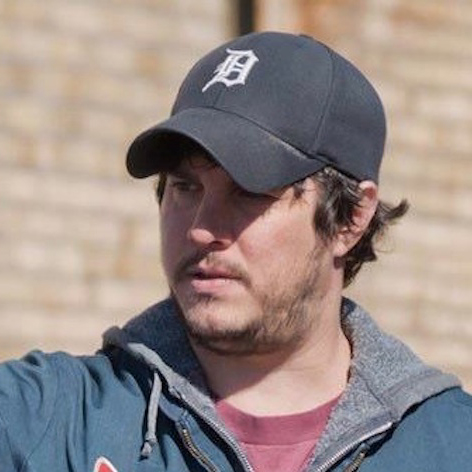 Following the deaths of two teenage boys, a small-town simpleton with a hobby of crashing strangers’ funerals makes the locals more uncomfortable by trying to sell his homemade casket. 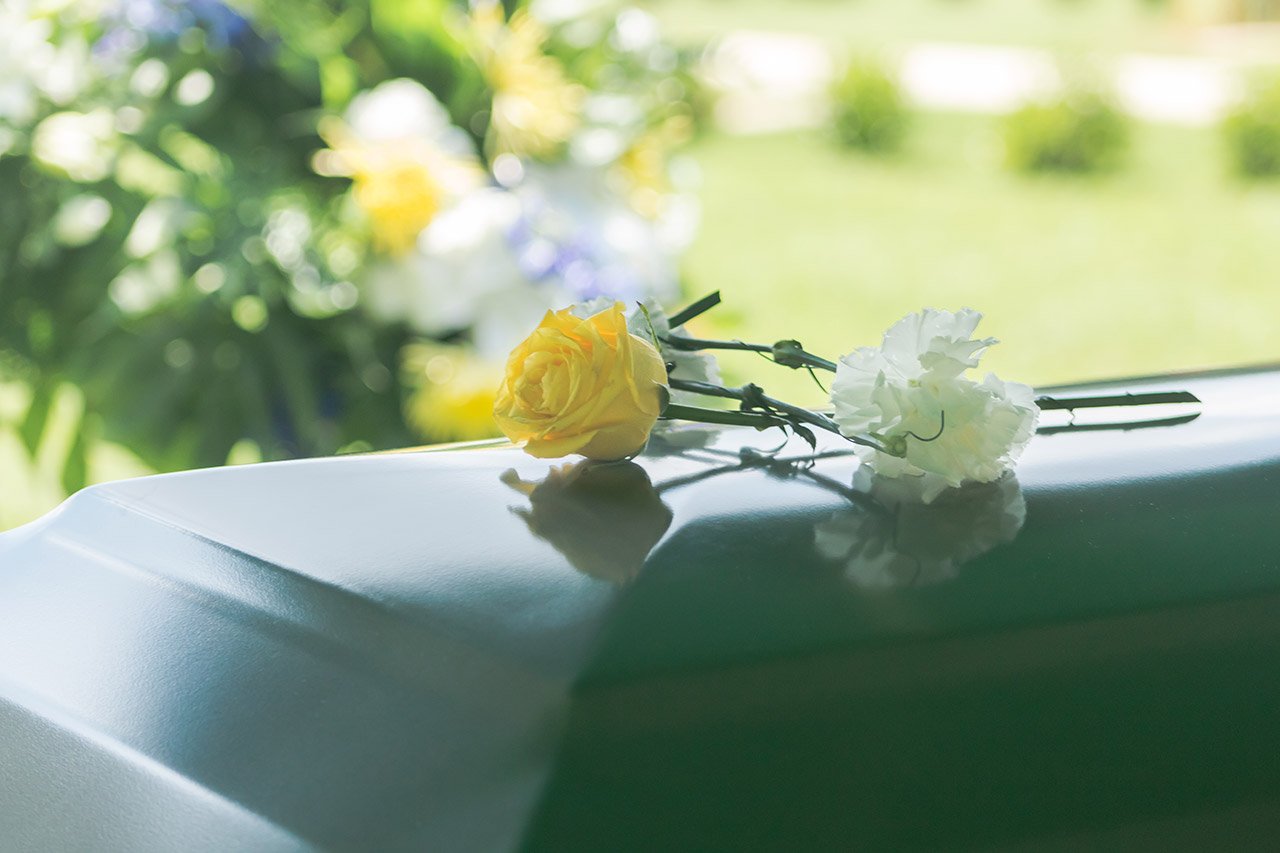 Wake is a genuinely touching story about a man who unwittingly develops a unique bond with a grieving mother. Can you talk a little bit about how you approached the themes and how you came up with the idea?

Initially, the script was an exercise in stream-of-consciousness writing, but through actions instead of emotions, since the subject matter itself was already so visceral. So I started with character and situation, asking myself how different people grieve depending on the circumstances of deaths. And then I wondered how that grief would appear to be from the view of someone completely removed from the emotion of it. Enter Merle. As the initial scenes were written, I asked myself what is he hiding, why would he be here. Then I asked the same thing of the father. And the family. And realized that’s grief. Some of us are more open while others cover their hearts up. But why? Are they embarrassed, ashamed, angry, resentful? Once I asked those questions of my characters, the story wrote itself. Now, the unspoken theme of LGBT teens in small-town America was the one delicate and very important piece I labored over. I didn’t want it to be heavy-handed or preachy, but at the same time it’s such a reality still in some parts of the country, despite the recent political progress. Then I realized it was a simple answer, from a simple man, who unintentionally sheds his wisdom on people struggling to deal with the death of a loved one taken from them too soon.

Merle has an intriguing character arc, what or who was the inspiration behind Merle’s character?

He wasn’t based on anyone I’ve met, but perhaps an amalgam of folks I’ve encountered over the course of my life. What I really wanted to do with this protagonist is create someone so clueless from the outside that everyone writes him off, and yet if they could only aspire to have an ounce of his honest heart they might see not only his virtues but everyone’s. And that arc was an interesting one as I developed it, because naturally we want the hero to progress or change, but in Wake I focused on the town changing instead of the main character, which allows his interactions to feel genuine, not forced or campy.

How did you know that you wanted Wake to be a short script as opposed to a feature?

Haha. I didn’t. As I mentioned, it started as an exercise, so I wasn’t sure where it was going to go. I assumed it was going to be a short script, and once the first draft fell into place it felt like the right page count to tell this particular story. But to be honest, as soon as I finished the fourth draft I started to see avenues in the story where I could expand it into a feature. And I’m working on that right now.

Foolishness. And the love of film. I’m old enough to have gone to the old art house theaters before they were ran out of business. Such an awakening to see foreign and independent film at a younger age. Not the fluff of mainstream, but emotional stuff. I wanted to tell stories like that. It just took me longer to find my style and voice.

Who are some writers and filmmakers that you look to for inspiration?

Most of my writing inspiration comes from novelists, while filmmakers feed my director side. I like to say I’m a mutt of such a range of creative influences. I love the humanity of Steinbeck and Truffaut, the rawness of Bukowski, the suspense of Hitchcock, the art of Sergio Leone and Peter Greenaway, and the dark quirkiness of John Irving. All of which why I’m a big fan of Paul Thomas Anderson. There are things he does with his films that are so blunt it confounds the mainstream audience. I approach my scripts similarly but with an absurdist philosophy, so the audience can at least relate to the situation even if the greater meaning might be out of reach.

Do you have a specific schedule or routine that you stick to when writing?

I just write whenever I can. Mornings, lunch breaks, coffee breaks, evenings, home, diners, coffee shops, airplanes, etc. And I always carry a Moleskin notebook and pen with me, so even if I can’t throw the laptop open I can throw down ideas for scenes, questions about characters and their motivations, or compile snapshots of new characters from people I see around me. For me, writing is constant.

Every project has different flow for me, but it’s always about getting it out. That might be in a notebook or on the screen, and structure is key. I’ve trained myself to work on multiple scripts in various stages, and my beat sheets keep it all organized. I might divert from those initial layouts but when I’m in a first draft of one script and need to take a break, it’s nice to switch gears and look at the outline of the next script or the 8-10 incidents of another. That way I never hit a slump or get too amorous on one script, and I’m motivated to keep writing. That’s the other rule: Keep writing. Finish the draft even though you know it has weak spots. You can fix it in the next draft or take a break and push another project forward.

I’ve known about the clout of BlueCat for a few years and watched other Minnesotan screenwriters receive notoriety from it. But I didn’t feel like my scripts were strong enough to compete until last year. Even then, I love the fact you get professional notes on your script, so no matter how far your script goes you benefit. I love that.

What advice can you give to aspiring young screenwriters?

Write, write, write. And then file all of it away, because those scripts probably aren’t very good. I know too many writers who have that one script they’ve been laboring over for years, and then they finish and don’t know what to do next. Or they make it into a film and it’s just okay and they get down on themselves. Write as much as you can, experiment, develop characters, work on dialogue, learn to condense, and don’t fall in love with your scripts until someone else does.

Do you have future plans to turn Wake into a short film or feature screenplay?

Yes and yes! We’re currently crowdfunding for the short film production planned for this spring, and we’re reaching out to some established actors for the main roles. But as we work on that, I’m outlining the expansion of it into a feature. Not sure when the script will be written, since I’m also finishing up the second draft of another feature as we speak and working on the expansion of another short script of mine, Lumen 18, which was a finalist in the PAGE Awards and the Nashville Film Festival Screenwriting Competition. It’s been a good year.