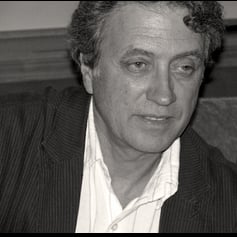 Taking the Toll - The Life and Life of Gilbert Booth

A young toll booth operator falls for a woman at his father’s nursing home but soon discovers that it’s her 99 year old grandmother who may be more in tune to his eccentric philosophies, including time travel and his imaginary friend. 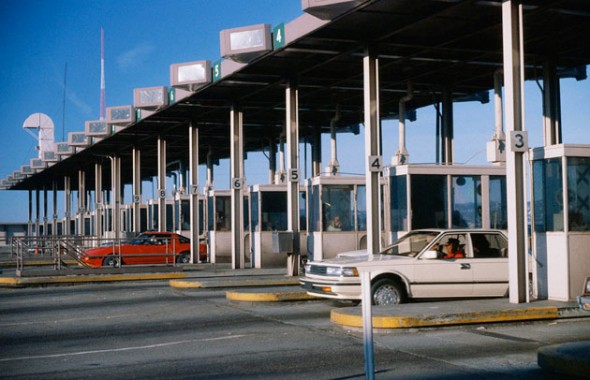 Gilbert’s friend A is an interesting, somewhat “silent” character. How did you craft the relationship between the two? Can you tell us more about their unique relationship and what A represents about Gilbert?

PL & TS: A is more than an imaginary friend to help pass the lonely hours in a toll booth.  He is actually one of the personae created by Kierkegaard and is the pseudonym for the author of “Diary of a Seducer” as part of Either/Or.  This allusion, of course, also connects A to the father who is a former philosophy professor who had once written a book on Kierkegaard—and constantly quotes various sections of Kierkegaard in his nursing home lectures. A is a part of Gilbert he’s been unable to express and thus is manifested as an imaginary friend. There’s the obvious connection to his father and philosophy but also to the “world of the aesthetic” as Kierkegaard would say, the world of pleasure.

There are a number of allusions to Kierkegaard throughout the script but we hope our readers/audience will miss them—and insist that no one who finally views the film will ever have read Kierkegaard.  Sorry, Soren.

We are hoping that A will be acknowledged with an award: The Best Dialogue by an Imaginary Friend. 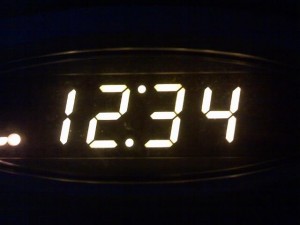 I really love the scene where Gilbert and Genevieve talk about “The perfect time.” What can you share about the concept of time throughout Taking the Toll – The Life and Life of Gilbert Booth?

PL & TS: Time is actually one of the central themes of the script, and with Genevieve approaching 100 this is more than just an abstract concept.  And Gilbert views the toll booth as a portal through which people travel through time. So what is the “perfect time”?

The past moving forward and the future moving backward—all coming together in the now.

The wisdom of the screenplay: Ultimately it is better to live in the now rather than live in the colon.

PL: Though I dabbled with screenwriting in the past and have taught a college level scriptwriting course for years, I never took it as seriously until I was approached by Ted.

TS: When I entered High School, Netflix had just started their DVD rental business, before streaming, My dad signed up and got a list from my Uncle, who’s worked in news his whole life and studied cinematography at NYU, of films everyone should see in their life time. The idea was the whole family would gather and watch all these classic movies. I was the only one who stuck to it with my Dad, and we would watch three new films every weekend. That was when I knew what I wanted to do with my life.
As co-writers, can you share your story/character development and writing process? Do you each have a certain role in your process?

PL & TS: We’re equals in our process, which is that one of us plants a seed and together we water it. We start with an idea, a concept or in this case a character. From there we brainstorm for several weeks and collect our notes in a google doc. We’ll Skype now and then and share new ideas and improve on each other’s thoughts. Then we plan out the basic structure of the plot. Then we dive in. With so much in place we tend to write the actual script very quickly. I believe the first draft of Gilbert was written in about 3 weeks, Skyping a few hours a day maybe 5 days a week.
What are some difficulties, as co-writers, that you have experienced? How do you overcome them?

PL: So far everything has been generative and transformative.  We work extremely well with each other’s energy.

TS: The biggest problem we could think of is I’m always on the subway in New York and Patrick is always in a classroom in Syracuse. Working with our schedules, especially when we’re excited about the writing and on a roll, is the only real challenge we’ve faced.
How do you overcome writer’s block? Is this done as a team?

PL: What is the opposite of writer’s block?  I’m a victim of writer’s deluge.  I have boxes of ideas that can strike at any time.

TS: I think writer’s block happens when you haven’t been writing in a while. The best way to avoid writer’s block is to always be writing more than one thing, they’ll feed off each other. The moment you stop writing it takes time to start the engine of your brain back up. To overcome it, you have to force yourself through writing some really bad words that you’ll throw out until the engine is fully revved again.
Do you have any particular writing habits or routines to keep you motivated?

PL & TS: It’s really all about allowing the idea to percolate in our minds for a few weeks before we really start writing. It’s also very helpful to create the structure of the film before we write, so once we get started there’s not really anything that can slow us down. 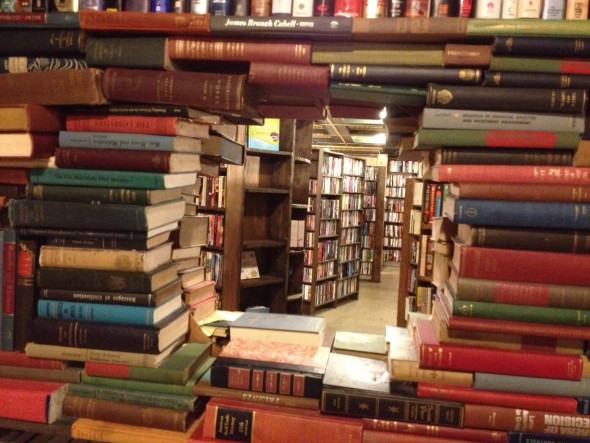 TS: I don’t know where to begin or when I should stop. Network, Persona, 60’s New Wave French, Japanese and Czech films (Specifically: Daisies, Woman in the Dunes and Masculin Feminin), Tarkovsky, Sturges, Jarmusch, Charlie Kaufman, the Coen Brothers and too many more to name.

What are your ultimate goals as screenwriters?

TS: Yes. We’ve always planned to write together and then I direct. We just finished our first short together, and it’ll be premiering online for free April 22nd for Earth Day! Here’s the trailer: https://vimeo.com/125112085

PL & TS: The beauty of the collaborative process is we have each other.  We’re great in our encouragement—and we’re honest when things suck. We basically skip a few drafts just because we’re able to edit our own writing in a way that’s difficult when you’re the only writer. We tend to send out at least second drafts. As far as outside feedback, Ted gets it from people on the production and screenwriting end—while Patrick gets it from poets and fiction writers.
Why did you enter BlueCat?

PL & TS: One of Patrick’s colleagues suggested they submit to BlueCat—and Ted, after looking into it, immediately submitted.