The Rogue Knight of Cinema: Why Screenplay Contests Matter

Screenplay contests are changing cinema. Coming from a person who runs one, your first reaction to this statement is most likely, “The only reason you’re saying that is you want me to enter yours.”

Or more frankly, “You just want my money.”

Well, coming from one who runs one, I’ll say you’re right. Sorta.

I want you to enter any contest. If you are an unknown, amateur writer, one who’s had a taste of success, or even the millionaire living in hills of Silver Lake, your entry to a screenplay competition stirs a monster.

And while I’m sure my partner in my competition would hate for me to saying this, you don’t even have to enter ours. Enter any contest. The more entries contests receive, the louder the miracle in the picture business today. Does that sound crazy? Is it sane to enter screenplay contests? How do they help?

When I was entering contests, before starting BlueCat in 1998, they served a very, conventional function: they gave me a deadline. If I knew I had to mail something on June 10th, it gave me structure. For me, it usually forced me to finish a first draft. Without a contest deadline, I’m not sure if I would’ve finished my first screenplay or not, but I do know that with the deadline of a screenplay contest, I did eventually finish one. BlueCat receives tons of first screenplays from writers, and even when the feedback we give them reflects how far they are from a genuinely, developed screenplay, these entrants are usually the most grateful because they finished, finally, their first script.

Entering a screenplay competition is a commitment, and this commitment changes how we view ourselves as writers. When I printed out the screenplay, and got together the money I didn’t have for the entry fee, and went to the post office, I felt more like a writer in action, as opposed to one scribbling on napkins or musing on movie ideas in traffic. By mailing in my draft, I felt a part of a community of writers doing something to force their lot. I look back on those days ten years ago and I still remember the difference I felt.

What if you’ve entered 50 contests and the buzz of submission has worn off? How can contests serve the jaded entrant? These days, many contests offer some form of feedback. While your neighbor in the next cubicle might think your work is perfect, it’s only going to help getting a reaction from an objective source, regardless if the reader is an idiot or not. Receiving notes is a subject for a whole other discussion, but it’s important to recognize that having people read your work and getting a chance to hear what they felt about it is vital to growth as a screenwriter. While peer review sites have proved to be widely successful and encouraging, agendas persist in these arenas. Private consultants are expensive and can be accused of motive as well. Screenplay contests offer a detached opinion. This is crucial.

Submitting your screenplay to contests helps us let go of a screenplay. As screenwriters, we need to keep screenwriting. This implies writing more than one script. Through the feedback of contests, or simply by not placing, we come to terms with the limitations of a particular piece of work. We see the bad idea. We can say goodbye, and clear space for fresh inspiration. What we thought was a home run might be a dramatic out. Getting the reaction through competing in this process aids us in starting anew. 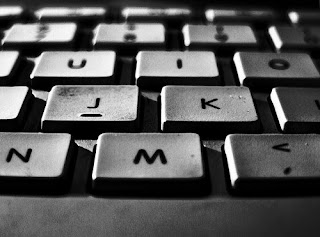 Obviously, winning or placing in the contest is encouraging. Many contests have giant lists of quarterfinalists, semi-finalists and finalists, and seeing the title of your screenplay on one of the roll calls is terrific validation. We’ve never named quarterfinalists at BlueCat, and only recently did we elect to name a very small number of semi-finalists, choosing to focus our energy on the written analysis we provide to every one who enters. But several major contests do name large lists of writers who place, and as a writer who has won an award for writing, I have to say it changes your life. Writing to become a quarterfinalist in a screenplay contest is not the objective, but being acknowledged publicly does help us re-commit to our dream.

Which leads me to what screenplay contests are doing for the motion picture industry today. We have seen how singing competitions have discovered artists, and the success they’ve had. Quietly this has been happening in the world of screenwriting competitions for a few years now, and it’s about to get louder. With the recent production of a BlueCat winner, alongside the acclaim winners of other contests have received, the myth that real agents and productions companies don’t pay attention to screenplay contests is withering and fast. It’s time for writers to embrace this shift in attitude in the industry and compete. 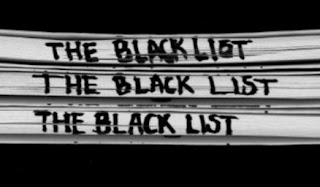 I have personally seen the quality of screenplays explode. The sharp, courageous voices are arriving, from the plains of Nebraska, the coffee shops of Echo Park, the ex-pats of MFA Writing programs. Women screenwriters are blowing doors off. Minorities are telling the truth like a firm hand coming for the heart. How are we to find these stories? I know where, for I have found a few myself.

You can ignore this, and you can ignore your belief in yourself. But if you are audacious enough to believe you are the one, that you have your hands on the throat of something the world has not seen, it’s time to stop re-reading what the reviewer of the month has to say. Send it to a contest and let the pain and exhilaration begin, and your maturity continue. One day the winner of a screenplay competition is going to win the Academy Award for Best Screenplay, and there will be one question left.

What will you have done?