Naming Your Baby: How to Find a Great Screenplay Title 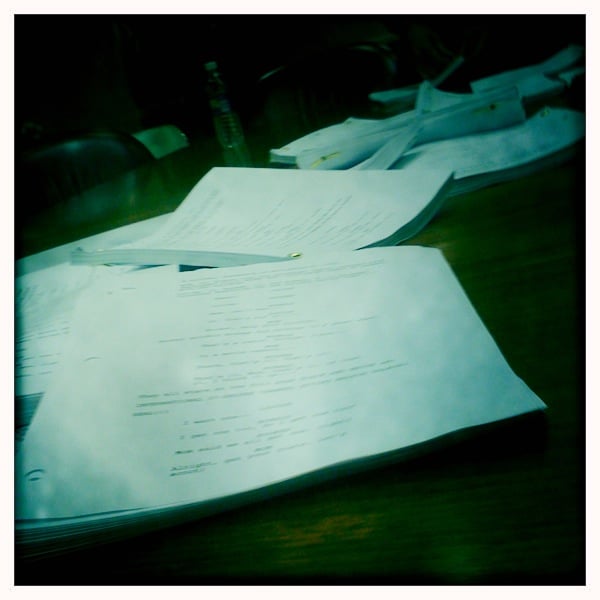 How exactly does one work on their screenplay title? I recently came up with such a wonderful idea for a movie, one of those miraculous moments, like finding money on the sidewalk. I told somebody, and they said, “Great. What’s the title?” Suddenly, and rather horrifyingly, my beauty of an idea is crippled. Instant orphaned bastard! You wanna strangle the person. You feel insulted. What’s the title!? Why would you even ask that, like, right after I told you this incredible gem?

Well, of course they would ask that. Every movie needs a name. But unlike nearly every other aspect of screenwriting, there are no techniques to titling your script. We can practice the three act structure, workshop our dialogue, check the arcs of our characters, but what craft is there to naming your movie?

The first movie I wrote that was made was entitled LOVE LIZA. The movie was about a man whose wife has committed suicide. She has left him a note, and the movie is the story of his struggle to open this letter and read her final words. I remember finding this title fairly quickly, the name clearly referencing an element of the letter left behind. But what I found to be most interesting about this title was the lack of punctuation—-the title wasn’t LOVE, LIZA. When the press kits started to be put together, I had to keep reminding everyone there was no comma between LOVE and LIZA. The comma-less title takes on a different meaning in the context of the movie. I was lucky to find a title that meant one thing before you watched the movie, and meant something else after you’re done.

Sometimes titles come long before the screenplay has even started. I have come up with great titles that have no idea at all behind them. They function as stakes in the ground. I got so angry with someone for complaining about the shoes I was wearing that I vowed to write a movie called WRONG SHOES. Soon after, I came up with an idea of a girl taking her video camera to her cousin’s bachelorette party, and starting casting, with an intention to write, develop and workshop the screenplay, WRONG SHOES, with the cast. Once we got into the second draft of the screenplay, the title, WRONG SHOES, didn’t fit the tone of the story, and we found another, and renamed the movie, A COAT OF SNOW. This title strikes people a myriad of ways, and even after watching the movie, the audience is left to fit its significance.

So how do you get a great title to your screenplay? Well, the first thing you gotta do to find the great movie title is write a screenplay. You can find a great title before you write a screenplay, but then you don’t really have a title problem, you have a missing screenplay problem. I asked a flight attendant once what the snack they just handed me tasted like and they said, “Plane food.” I loved that. I thought, that would be a great title for a movie. Who knows what the story is, but there it is, a great title. But no script.

Let’s say you have an idea, you have your outline, or your scribbling on napkins, polaroids, whatever, and you’re ready to start writing. Do you need a title right now? Of course not and why not. If it’s gonna distract you and make you miserable and pull your focus, you should definitely not worry about a title at all. The reason it’s distracting you is because the writing of your screenplay is making you uncomfortable. So if you’re fretting about what to call your movie before you’ve started writing, you don’t have a problem with a missing title, you have a writing problem.

If you’re ready to sit down and start writing, and picking a title isn’t gonna make you crazy, go ahead and make one up. Writing a screenplay is a long, hard path, and putting a name on your work is good. What do you call the name of your labor? It’s called a working title. Working titles, like WRONG SHOES, get you working on your screenplay. Working titles often get swept away later by a much richer name. Working titles allow you to function, reminding us that everything we put down on paper is not final. I often wait to work and become immobilized by wanting something to be perfect RIGHT NOW. It doesn’t work that way. Creation is mysterious, and like great endings, titles come to us on the road to something else. Working titles function as a lamp to that road. We are in play.

Let’s say you’re done with your draft and your title still doesn’t feel right. It’s been your working title for a while now, and it’s worked, but you know there’s something missing, and you need the real one. Well, if you’re thinking about a good title and you don’t have a good title, then your screenplay needs a lot of work. It’s time to let it sit for three weeks, then give yourself another raft of notes. You can drive around in your car and think about how your movie ends, or what it’s called, and you might think a light bulb goes off, and you’ve got the great title, but it’s only a sign of discomfort with story.

I write something now and don’t know what it’s called, but I have a working title, which doesn’t work so much, so I often call it “my next movie.” I know the absence of a good idea forces me forward to the greatness that lies ahead. I know from my experience that my fumbling in the dark for everything, story, title, ending, line, is the hard, true and honest work of real writing. How can I sit through this? I want to know what my title is, and I want it to be magnificent. In the end, it’s called patience.