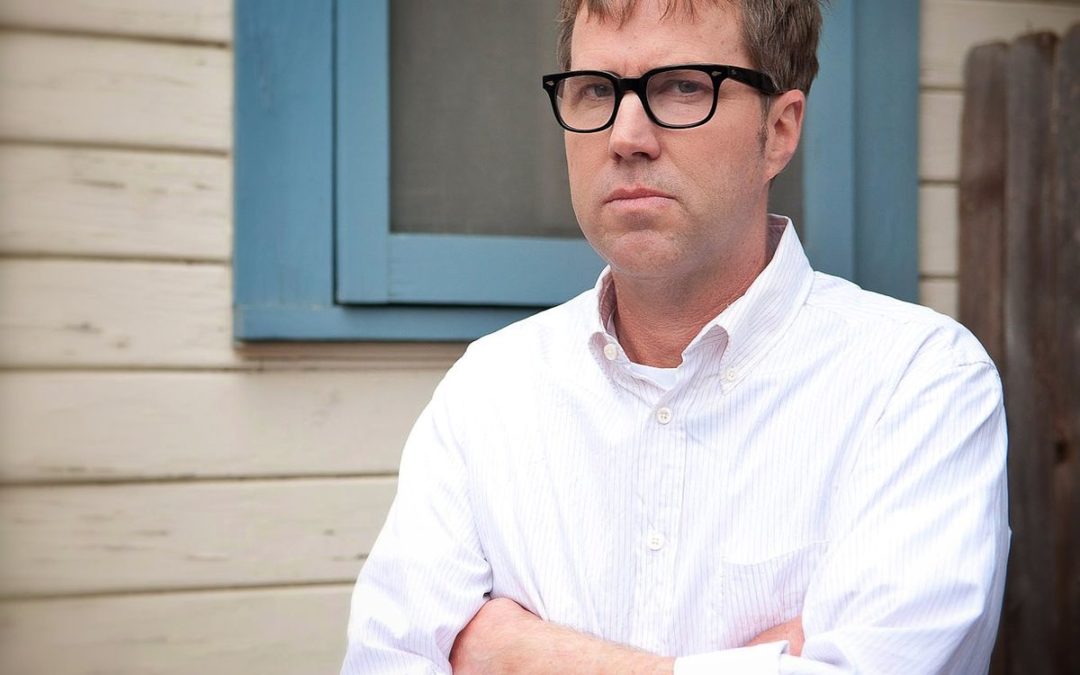 This past spring, I had the chance to interview independent filmmaker, actor, and writer Robert Byington. Using his own unique wit, Byington answered questions about inspiration, humor, and how a location affects storytelling. One thing’s for sure, this storyteller keeps you on your toes.

BlueCat: I read that you were first inspired by intelligent filmmaking at a young age. What films/filmmakers inspired you to work in film?

Byington: Just movies I saw where it seemed like I started to get the sense that someone was making the ?lm. For whatever reason I noticed it during Annie Hall in the ’80s and Chinatown in the ’80s also. Gus Van Sant’s first film had a big impact on me, Mala Noche, I’d never see anything like it, and I saw it on TV, by accident, in the early ’90s.

BlueCat: What drew you to write the Film Harmony and Me? Byington: The Elton John song “Harmony” was a big inspiration, and I started to get an idea for a movie that was oddly based on the song, tonally.

BlueCat: What is one of the biggest lessons you’ve learned about screenwriting?

Byington: That’s a good question, I think the lesson I’ve learned is that finding your voice involves some trial and error.

BlueCat: Your scripts are comprised mainly of very biting humor. What comedic scripts or films had an impact on you?

Byington: Raising Arizona, Meet the Parents.  The descriptions for the scenes in Love Liza had a really big impact on me, they were so alive. But I don’t think that’s a comedic script.

BlueCat: Your films have unique, somewhat offbeat humor to them. I read that the kind of humor that interests you is intelligent but also ‘built on an understanding of language.’ Can you elaborate on this quality?

Byington: I see language as a kind of music, and the goal with Harmony was to put that across.

BlueCat: Is the use of offbeat humor deliberate or does that come naturally to you/your story telling?

BlueCat: How much of an impact does the city of Austin have on your writing/character? Byington: I think it’s made its way into the films in a way that affects the tone, in a way I don’t fully understand even. Austin is a special place, no question.

BlueCat: You write, direct, and act. Which of the three do you find the most creatively satisfying? Why?

Byington: Acting is fun, writing is lonely, directing is hard.

BlueCat: What advice do you have for aspiring independent filmmakers?

Byington: Don’t listen to anyone, starting with Bob Byington.

BlueCat: You mentioned in an interview last year that you were going to start filming Seven Chinese Brothers this year. What is the status of that project?

Byington: We are excited to have Patton Oswalt in the lead, and working on getting the money to line up the way it’s supposed to.

BlueCat: How did the idea for the script Seven Chinese Brothers come to you?

Byington: I saw a movie called Hearts of Atlantis nine years ago, and I said to myself, I can write a movie better than that, and then I spent six days writing a script, really only a few hours each day, certainly no more than 20 total, we’ll continue to hope that the finished product is better than Hearts of Atlantis. I don’t know though, it’s taking a while. At least they got their movie made, and they have Anthony Hopkins in it.

BlueCat: What is the most rewarding thing about screenwriting? Byington: I can’t think of anything that’s too rewarding. I really don’t like it.

BlueCat: What are the essential elements for a great script?

Byington: Very difficult to put your finger on.

For more information on Robert Byington, check out his IMDB page. For the latest on Harmony and Me, visit the film’s site.